It’s fortunate for the car industry that the government regards it as “too big to fail” – because it’s going to fail again. Because of the government. 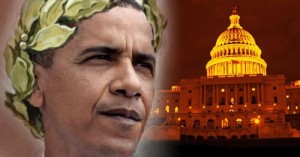 This will be third time, actually.

The first time was back in the late 1970s, when Chrysler rolled over like a mortally wounded battleship – to a great extent because it wasn’t able to turn a profit selling the cars it had anticipated the market would want – but was stuck trying to sell cars the government told Chrysler it wanted. Cars that met the first round of federal Corporate Average Fuel Economy (CAFE) standards, which stipulated 27.5 MPG at a time when the typical American car was as large as the current-era’s largest cars, with a big V-8 under the hood instead of something Toyota Corolla-sized, with a four under the hood. The Japanese at that time made nothing but small, four-cylinder cars – so Uncle handed Toyota, Datsun (Nissan now) and Honda an artificial leg up in the market – while kicking Chrysler, et al, in the soft parts.

It’s true the American cars of that time were not of primo quality. And it’s true the first round of Japanese imports were also just good little cars that sold on the merits. But it’s also just as true that CAFE imposed ruinous costs on the domestics, who were forced to prematurely retire entire vehicle platforms (and engines) long before the investment in designing, tooling and so on had been amortized (paid off) over the course of these vehicles’ otherwise natural life cycle. It almost killed Chrysler – which was (and still is) the weakest of the Big Three, with fewer resources to fall back on. But it also hurt GM and Ford. 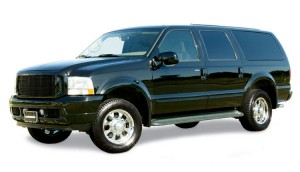 Arguably, they never fully recovered – and staggered through the ’80s and into the ’90s, with too many brands (GM, especially) and a business model that  didn’t mesh with the realities of the market – the government manipulated market. CAFE – the original law – provided an artificial incentive to mass produce the kinds of vehicles GM, Ford and Chrysler had been building back in the ’70s – big, heavy, with powerful V-8s – only now they rode higher off the ground and were marketed as “SUVs” – which were not required to meet the (much stricter) 27.5 MPG CAFE standard for passenger cars. For “light trucks, the CAFE standard was 22.5 MPG. But when the real estate bubble popped and Wall Street collapsed in ’08 and gas prices suddenly soared to $4 a gallon, GM, Ford and Chrysler were left holding the bag.

Actually, American taxpayers were left holding the bag – for the subsequent bail-out of these “too big to fail” companies, who found themselves in the economically impossible position of trying to please their customers and placate the government at the same time – and turn a profit doing it. This dynamic has been getting worse and worse ever since the first major interferences in the car market happened in the late 1960s.


Well, the stage has been set for what may prove to be the final implosion of the car industry. Caesar – oops, President Obama – has “finalized” his decision that CAFE will be upticked from the merely outrageous (by economic and engineering standards) 35.5 MPG in 2016 to the economically catastrophic 55 MPG – average – by model year 2025.  (See here for Caesar’s decree.)

The Great Law Giver – who apparently also holds the title of Chief Engineer – saith this will “save Americans $8,000 a year.” He does not telleth them, of course, what it will cost. 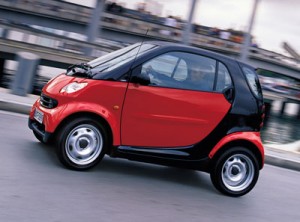 There are exactly two 2013 model non-hybrid cars on the market that meet – just barely, or not quite – the pending 35.5 MPG CAFE edict that goes into effect only three years from now (and that’s only two short model years from now): The Scion iQ (37 MPG; see here for an in-depth story about it ) and the Smart car (36 MPG). They are microscopic in size – the iQ, all of ten feet long, end to end; the Smart having room for just two people.

These cars – call them Obama Cars – are the kinds of cars all of us can expect to be driving within the next few years.

Oh, there are also hybrids like the Toyota Prius. But while the 2013 Prius does manage to pass the 2016 bar of 35.5 MPG, even it falls well short of averaging 55 MPG. The Chevy Volt electric car easily passes muster on CAFE – but it also costs $40,000.

And the rest? Into the crusher they go. Visualize, if you can, the fallout that will attend the premature obsolescence by government fiat of not just a handful of car types but of 90-plus percent of the car models on sale right now. Almost every 2013 model year vehicle you can name (including every truck) is destined for either a major refit/overhaul years before it would otherwise have happened – or outright cancellation. There is no other way. Perhaps Augustus does not realize this, but one cannot simply decree, make it so.

Well, one can so decree. But it won’t be free.

Whom do you suppose that will be? 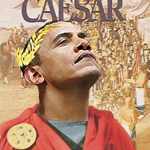 That’s right. As consumers, we’ll “save” $8,000 on gas. But we’ll also probably pay at least $8,000 more for the car itself. New technologies don’t just pop into existence, notwithstanding the endlessly arrogant conceit of the imperator.  They have to be conceived, designed and engineered. This requires some money, usually. And it will require especially clever – and very likely, not-free – engineering to reconcile the demand for a 55 MPG car that’s also a reasonably safe car. One that passes muster with Caesar, that is.

A 2013 Prius costs $24,000 to start. Do you suppose, with all the costs discussed above folded in, plus inflation, that the Future 55 MPG Prius will cost the same? Or is it reasonable to expect it will cost more.

Probably, it will cost a  great deal more.

What will happen when buyers decline to buy – because they can no longer afford?

Ah yes, my little chickadee. Then, as taxpayers, we will pay. We will pay either in the form of grotesque subsidies (a preview being the $40,000 GM Volt and the $32,000 Nissan Leaf, each of which transfers a $7,500 per car bar tab to the American taxpayer) or we will pay to bail out the automakers when they capsize yet again. Which is sure to happen when they start offering up the $30,000-plus “economy” cars decreed by the gilded one.
Is it not magnificent? Is he not great?

If You Fail to Respect His Authoritah