It really can happen to anyone – even someone who is pretty hip when it comes to cars. Hell, it recently happened to me! 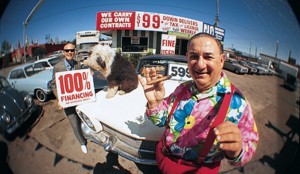 About six weeks ago (the date’s importance will become apparent in a minute) I went car shopping with a good friend of ours. She was interested in a convertible Toyota Solara that was for sale on the lot of a local – and higher-end – used car lot. The car itself was not the problem. Low miles, great condition, as advertised. It checked out – and my friend negotiated a fair price for it. She drove the convertible home with her dealer 30 day tags that very day. But when a month had gone by by and she hadn’t received her actual tags – or her title – she went back to ask how come. Usually, you get your permanent tags within a couple weeks or so – and the title paperwork should be handled within a few days of sale. Most dealers handle all this for you – just as this dealer promised to do. That’s when the proverbial cat leapt out of the bag.

Turns out, this used car lot is also a consignment lot – a fact which they neither advertised nor disclosed.

Now, there is nothing shady or unethical about consignment lots. What is a consignment lot? It’s a place that sells cars on behalf of their owners. You have a car you’d like to sell, but you don’t want to deal with tire-kickers or the paperwork. A consignment lot handles all that for you – plus puts your car on their lot, where it will probably get seen by more people than it would parked in your driveway. In return, you either pay a fixed fee, or a commission based on a percentage of the sales price, when the car actually sells.

Again, nothing shady or unethical about any of this – as such. Consignment lots can be a great way to sell-off your old car, when you’d prefer not to sell it yourself and aren’t looking to trade it in on a new car.

But there are some issues with buying a car this way that a prospective buyer ought to know about – and more, has a right to know about. And which the dealer/consignment lot has an obligation to put on the table. 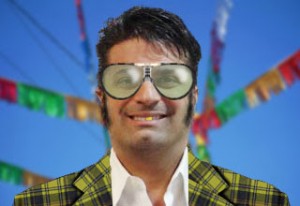 Enter the problem. Because this dealer didn’t.

This car my friend bought? The dealer didn’t actually have the title to it. So they could not transfer it to her. The car was not only still technically the legal property of the person who gave it to the consignment lot to sell on their behalf – it had a bank lien on it. It was not paid-off. The title could not be transferred  until the lien holder had been paid off.

These facts were never mentioned to my friend during the transaction. Probably, the dealer figured they could get the paperwork sorted out quickly and no one would be the wiser. And no harm done.

But harm could have been done.

Since the dealer- the consignment lot –  didn’t have clear title to the car, technically, the car was not their legal property to sell. If, say, the price my friend paid was not sufficient to pay off the actual owner and the lienholder and one or both declined to sign off the title, my friend could have found herself out the money – and without the car. She’d have had to sue – or threaten to sue – the dealer/consignment lot. A huge PITAS, no matter how it turns out. Or, let’s say she had an accident a week after she bought the car. The fact that she wasn’t technically the legal owner could have resulted in serious headaches with her insurer – which assumed it was insuring her car and not some other person’s car.

Luckily for my friend, it turned out ok. Six weeks after she handed them a cashier’s check for the sales price, they finally handed her  the signed-over title to what is – at last – her car.

For the first six weeks, at least, it wasn’t. 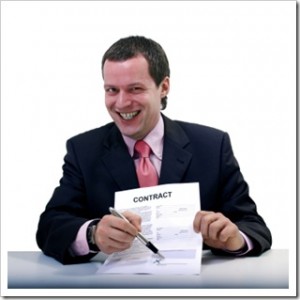 I felt had. Probably as much as my friend did – only more so, because she had relied on me to suss out any cheesiness. This time, one slipped under the radar. As OJ might say, it happens. I’ve bought (and sold) dozens of vehicles over the years – and I know to ask to see a title with no liens on it before any money changes hands when you’re dealing with a private party seller. And also, to make sure that the person representing himself as the seller is also the legal owner of the vehicle he is trying to sell (or at least, that the title he has is signed-over already by the legal owner).

But at a dealership – a higher-end store, with no “consignment” signs anywhere – well, who’d a thunk it? I freely admit, I didn’t.

Point being: Assume nothing. In fact, assume the worst. It may be cynical to adopt that attitude, but it’s also the best way to avoid getting the short end of the stick.

Throw in the Woods?

Some Heroes in Action