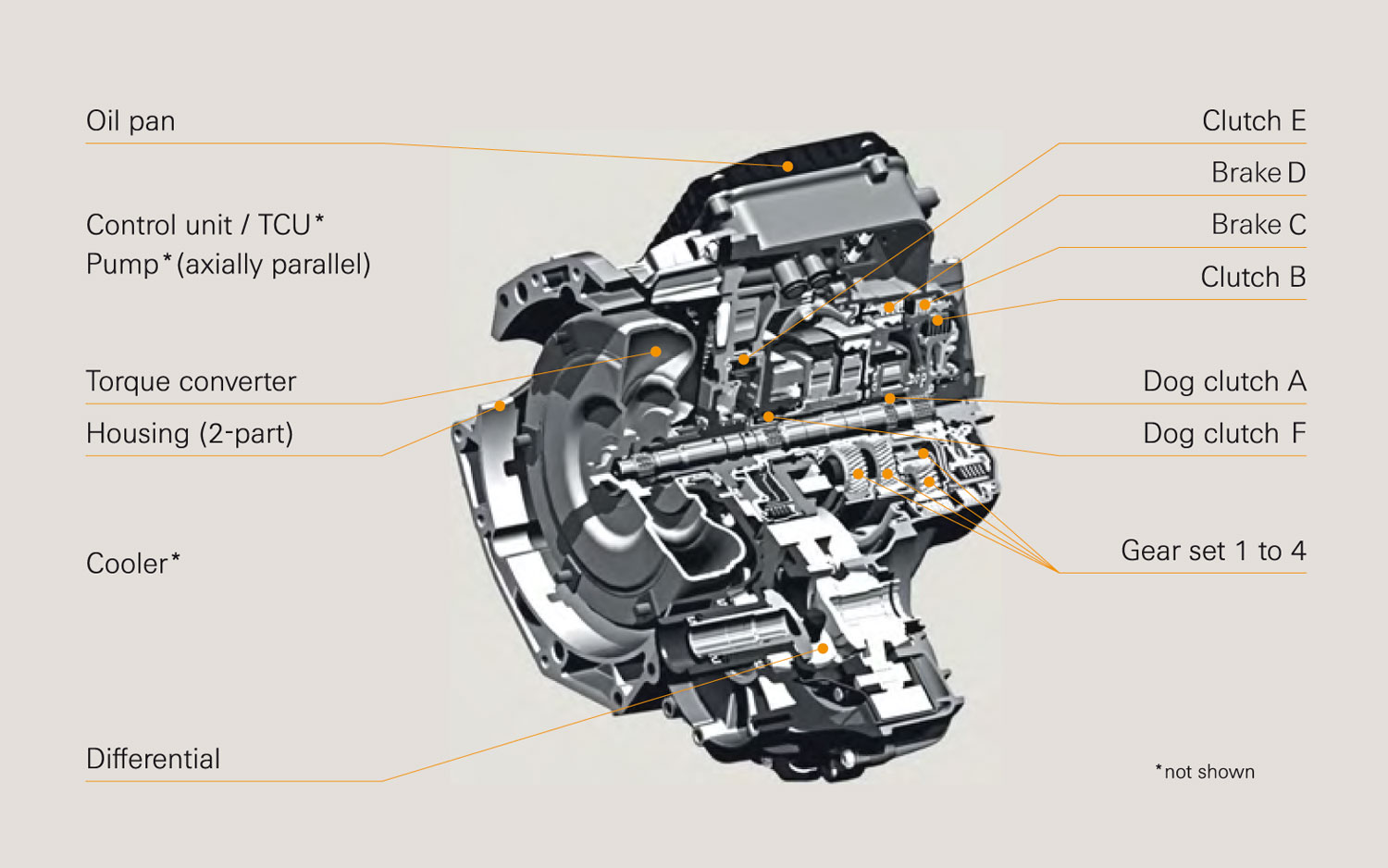 In a few years, six-speed transmissions will probably seem as dated as Powerglides or threes-on-the-tree do today. Several current model-year cars already have seven and even eight-speed transmissions (Porsche 911, Chrysler 300, BMW 5 Series, etc.). 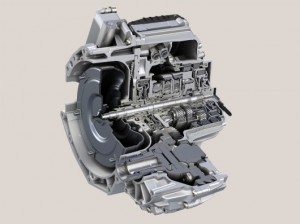 This is about twice the number of gears the typical automotive transmission boasted as recently as the Clinton Years. When I was a kid, three-speed automatics were common. And the only vehicles with more than five speeds had Kenworth or Mack on their radiator shells.

Well, get ready for the nine-speed box. And after that, the ten speed box. Not for big-rigs. For your next new car.

These new transmissions are being developed by GM and Ford – working in collaboration. “Engineering teams from GM and Ford have already started initial design work,” said Jim Lanzon, GM vice president of global transmission engineering. “We expect these new transmissions to raise the standard of technology, performance and quality for our customers while helping drive fuel economy improvements into both companies’ future product portfolios.”

The latter item – helping drive fuel economy improvements – is of course the key factor driving all this. Tighter gear spacing reduces RPM drop between each gear change as the car accelerates; this in turn improves fuel efficiency. Not stupendously. But these days – and in days to come – every little improvement matters. A lot. Most people know that come 2016, all new cars will have to average 35.5 MPG. But outside of the car business, not many people know about the next round of government fuel-efficiency mandates (CAFE, in the argot of the federal bureaucracy). Come 2025 – which is not all that far down the road – all new cars will have to average 54.5 MPG. 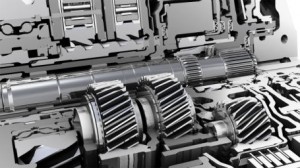 This is roughly double what the typical new economy car averages today.

Hence, the scramble to develop transmissions that will result in more fuel-efficient engines.

In addition to getting a car up to speed more efficiently, the next-generation transmissions will also help them to cruise much more efficiently. Current year cars already have overdrive transmissions that reduce engine RPM at cruising speeds (in top gear) to not much above a fast idle – around 2,000 RPM or so at about 60 MPH being pretty typical. But if that could be cut down to 1,500 RPM or even less at the same road speed, the car would be even more economical to operate. A given car that’s capable of say 40 MPG on the highway might be capable of 45 MPG at the same road speed, just by cutting the engine RPMs to 1,500 or so from 2,000 or so. But, there’s a problem – with current transmissions. They don’t have enough gears – or rather, the spread between say fourth and overdrive fifth is too much to allow for a “deeper” overdrive (top gear) fifth. The engine would lug – and the car would be uncomfortable to drive. An additional gear to take up the spread between fourth and overdrive fifth (or fifth and overdrive sixth) is needed. Hence the additional gearing. Each one represents a small step forward, but each step is made less abrupt by having many small steps rather than four or five bigger ones. 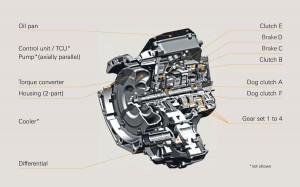 Wonderful – especially if it helps trucks and SUVs (and larger, RWD cars) survive. Which GM and Ford spokesmen have admitted, albeit somewhat elliptically, is a major motivator egging on the development of these transmissions. It’s one thing – a much easier thing – to get a compact or even mid-sized car with a four-cylinder engine over the 35.5 MPG hump (and within spitting distance of the 54.5 MPG bump). Several are already close. Hybrids are already there. But a 1500 series truck? With a 5-ish liter V-8 engine? The current (2013) Chevy Silverado 1500 regular cab with 2WD and a 4.3 liter V-6 gets 15 city, 20 highway. A 1500 series extended cab with 4WD and a 4.8 liter V-8 comes in at 14 city, 19 highway.  The mileage of these kinds of vehicles is going to have to double – literally – within 12 years. And just two model years from now, GM and Ford – and anyone else who wants to sell a traditional truck or SUV or even a car with anything larger than a four under its hood – is going to be facing possibly ruinous government fines for not making the 35.5 MPG cut.

So, these new many-speed transmissions – and any other technology that makes it feasible, from a technology point-of-view, to continue manufacturing other-than-compact-sized cars with other-than-very-small four-cylinder engines is being looked at with the same eager lust that 14-year-old boys used to look at their first copy of Penthouse. 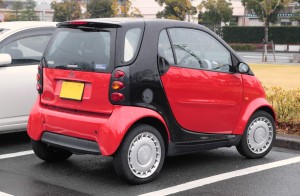 The big downside is, of course, the price tag. These transmissions are not going to be inexpensive. Current seven and eight-speed boxes (found almost exclusively in high-end cars) run as much as three or even four thousand bucks each at the retail level. So if one craps out on you after it’s out of warranty and the car is ten or twelve years old – maybe less – it could be a “throw-away” moment. That moment might come a lot sooner, too, if the car is not a high-end car – which will be the case as these transmissions become commonplace over the next several years.