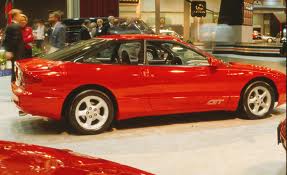 The victim, David Eckert, claims in a federal lawsuit that officers from the Deming Police Department pulled him over after he failed to make a complete stop at a stop sign outside a Walmart this past January.

“They say when he stepped out of his car he was standing in a manner that looked as if he was clinching his buttocks,” Shannon Kennedy, Eckert’s attorney, told KOB-TV.

According to the lawsuit and medical records, Eckert’s abdominal area was x-rayed twice, doctors stuck fingers in his anus twice, he had three enemas inserted anally and had a colonoscopy performed. No drugs were ever found during the search.

Eckert did not consent to any of the searches.

Kennedy said her client has been “absolutely terrified” since the January incident.

“I mean it’s absolutely unimaginable that this could happen in America,” Kennedy told KOB.

“We follow the law in every aspect and follow procedures and protocols we have in place,” Gigante said.

Eckert is suing the City of Deming, the Deming Police Department, the Gila Regional Medical Center and deputies from the Hidalgo County Sheriff’s Department.