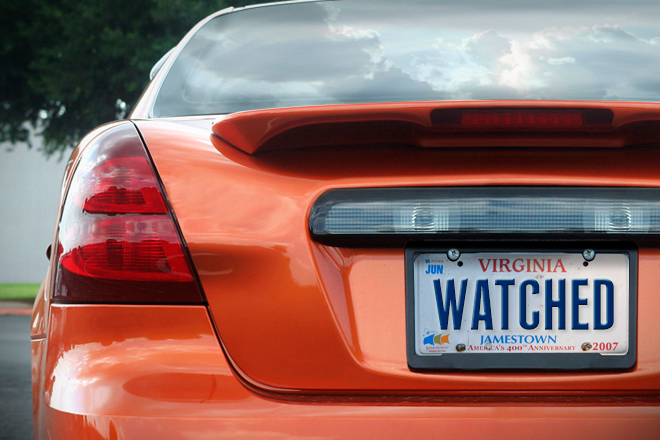 New York Governor Andrew Cuomo just signed off on a “plan” (you know there’s trouble brewing whenever a control freak politician announces he has a “plan”) touted as a way to “discourage” teen drivers from texting while driving but which will inevitably lead to adults being under the constant (and ever-more-profitable) thumb of the insurance mafia.

The “plan” involves fitting teens’ cars with a monitoring device helpfully provided by Esurance that plugs into any 1996 and newer car’s on-board diagnostics (OBD) port. The programmable device can partially disable teens’ sail fawns via Bluetoof – the wireless interface between sail fawns and personal electronics. It can also monitor – and record – how the car is driven. “Risky events” such as “speeding” are noted in real time, every time – with the record graphically displayed, if you like.

It shows the time, the place – everything.

And not just for teenagers, either.

I wrote an article a couple weeks back (see here) describing the quiet appearance of speed limit icons on the GPS displays of the new cars I test drive. These icons “remind” you of the speed limit on whatever road you happen to be traveling on. The icon – which looks like a speed limit sign – updates as the speed limit changes.

What do it mean?

It means the car knows what the speed limit is, wherever you go.

Many of them also know when you’re “speeding.” 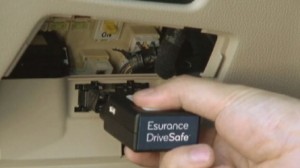 In the newest new cars, the speed limit icon glows red whenever you exceed the posted maximum.

Hold my hand, kids. Can you guess where this is headed?

The next step is the Esurance step. And the Progressive step.

These are two of the larger insurance mafia “families” – and they’re both strongly pushing in-car monitoring of your driving. Of everyone’s driving. Oh, it’s voluntary and optional . . . for the moment.

The wedge they’re using is – cue the dimwit drumroll – “our children.” The always urgent, irresistible “need to keep them safe”  . . .  using technology to gut their privacy and impose submission via inescapable, Terminator-style panopticons.

“Teens, get used to it,” croons the author of an article on the “plan” (see here). “This is America; someone is going to be spying on you for the rest of your life.”

Well, maybe it’s his America. It’s certainly not the America I grew up in. The one in which you had a bit more privacy than Winston Smith in Orwell’s 1984. Smith was reduced to furtively huddling in the one small corner of his dingy apartment where – so he thought – the Tele-Sscreen could not see him. Where, at least and at last, he could be alone – if only for a moment.

Turned out he was wrong about that.

Similarly, Big Sis will soon be riding shotgun. And if you don’t see this morphing from optional to mandatory – for adults as well as teens – I’ve got some Confederate currency you might be interested in. The insurance mafia’s wettest dream is about to come true, courtesy of a synergy of public apathy and advancing technology. 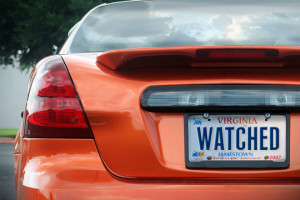 People – the people I refer to as Clovers –  yelp like trained seals whenever their handlers cry “safety”! And what could be more “safe” than making sure it’s impossible to “get away” with “speeding”? That they themselves also “speed” and so will also be ensnared by this electronic tar baby (viz, photo radar and red light cameras) does not occur to them. It’s only those other people whose “speed” is “dangerous”

Only we’ll all be Hoovered up by Clover’s coercive collectivism.

Is there an out? 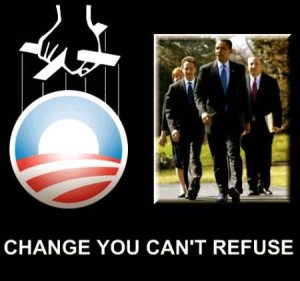 It’s doubtful they’ll mandate the in-car data recorders . . . at first. Instead, they’ll simply levy exorbitant insurance premiums on those who decline to install them or who “cling” to their pre-OBD (’95 and older) vehicles, which lack the technological interface for real-time monitoring and recording.

But even the latter will only constitute a temporary reprieve – for those who can afford it.

Eventually, the pincers will close. It doesn’t take the prescience of The Amazing Kreskin to see them already forming up, preparing for the final assault on autonomous transportation. Cars driven by you, without supervision or intervention by various nannies-at-large.

Cars controlled by computers will begin to hit the road within the next few years. At first, they’ll be a novelty. As hybrids were, back in the mid ’90s. Then – before we know it – they’ll be common. Then there will be new “plans” put forward by politicians. These “plans” will demand the forced retirement of “unsafe” older vehicles that can’t be controlled – or monitored. Bet your bippie.

Enjoy what’s left of your free time – and freedom – behind the wheel while you still can.

I give it five years.