You’ve heard about “class action” lawsuits. A group of people who’ve all suffered a common harm at the hands of a single offender get together and sue jointly for damages. I think all the people who were victimized for the 20 years the 55 MPH National Maximum Speed Limit (NMSL) was in effect (1974-1995) ought to consider doing something along those lines. 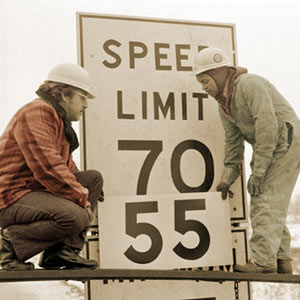 “Drive 55” – as it was styled – came into force in 1974, just before Tricky Dick Nixon was almost frog-marched out of the Oval Office over the Watergate thing and other sordid abuses of office. But Tricky Dick was never held accountable for this crime.

Though enacted – officially – as a fuel-conservation measure, people – millions of people – were issued speeding tickets for driving in excess of 55 MPH on the highway. They were dunned by the state – and then dunned afterward by their insurance companies, which used these “speeding” convictions as evidence of “unsafe driving habits.”

This went on for 20 years – until the mid-1990s – when Congress finally did something not-criminal and rescinded the NMSL. 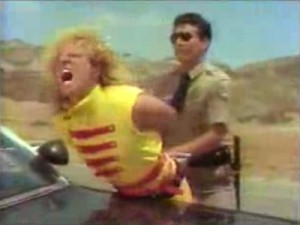 Now, here’s the thing – the basis for my demand (and perhaps, yours) for a refund – plus interest – for all the money taken from me at gunpoint during the NMSL years: It is objectively provable that all the tickets issued for “speeding” – that is, driving faster than 55 – were just state-authorized shakedowns that had nothing – absolutely nothing – to do with “safety.”

Now, a quick history lesson – and summary of the situation today. Prior to the imposition of the NMSL, the legal speed limit on most American highways was 70 MPH. Many were posted 75. Some – as in Montana – had no formal speed limit at all (the “reasonable and prudent” standard obtained). By definition, therefore, those speeds were “safe” to drive. Clovers cannot argue otherwise. It was “the law” – and “the law” is never wrong – and must always be respected as well as enforced. 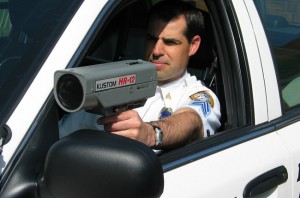 Well, the law changed in 1974. Fine. But how can it be that what was “safe” (because legal) the day before the NMSL went into effect – driving 70 on a highway posted 70 – became no longer “safe” the next day, merely by dint of changing a sign? The road was the same; the cars were the same; the drivers had not changed.

Only “the law” had changed.

Well, ok. You can make the Cloveritic argument that it’s “the law” – and only “the law” that’s relevant. However, Clovers also make the argument that “the law” (when it comes to speed limits) is also – by definition –  synonymous with the “safe” speed to drive. But how is it that what was “safe” one day became “unsafe” the next? And how can it be that – when the NMSL was repealed in the mid-1990s – what had been “unsafe” the day before suddenly became “safe” once more? 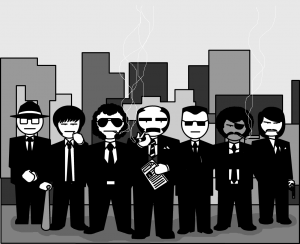 Let’s not forget that all those tickets issued to all those millions of people during the era of Drive 55 were not resource depletion tickets. People were not merely charged with a velocity violation, either. No, they were very specifically tarred with the “unsafe driver” brush – both by the state and by the insurance Mafia. The same Mafia that aggressively pushed for – and later, defended – Drive 55. The same insurance Mafia that used some of the money it stole (because insurance “premiums” are not given voluntarily but extorted by threat of force) from all those millions of victims to help finance aggressive enforcement of the NMSL via radar guns (and radar detector detector equipment) oh-so-helpfully donated to law enforcement agencies across this land.

I myself was shorn of thousand of dollars in fines and “adjusted” premiums – all based on a provable fraud. Because today, the speed limit on those same highways where I was issued countless “speeding” tickets is no longer 55. One can legally drive 65, 70, 75 – even 80 MPH. These speeds are therefore “safe” – by definition – because after all, they comport with “the law” (i.e., the speed limit). That necessarily means that all the millions of tickets for “speeding” during the era of the NMSL – which became the pretext for “adjusting” the mandatory insurance premiums of millions of drivers, who were told these tickets constituted evidence of their “unsafe” driving – constitutes a fraud perpetrated upon them.

It is one thing for the state to fine people based on violations of “the law.” It’s still arbitrary, unjust – and many other things besides. But it’s legal.

On the other hand, the insurance Mafia is not (we are told) legal authority. It has no power (we are told) to pass laws – or to enforce them. Yet it used force – the provisions of law that compel people to purchase vehicle insurance – to take money under false pretenses. The demonstrable – inarguable – falsehood that it’s evidence of “unsafe” driving to drive 65, 70, 75 or 80 MPH. It may have been illegal to have driven those speeds during the period when the NMSL was in force and 55 MPH the law of the land. But it cannot have been “unsafe” – the pretext for all those “adjustments” by the insurance Mafia – because it is now (once again) legal to drive at those speeds. And legal – by definition, by the definition used by the insurance Mafia – is the same as “safe.” It is impossible to argue otherwise without contradicting yourself. 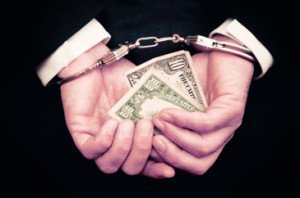 Irrespective of “the law,” it is either safe – or it’s not safe – to drive 65, 70 75 or 80 MPH. If it’s “safe” (because legal) to drive 70 today, then surely it was also safe to drive 70 in 1990 – even if it may have been technically illegal. The state had legal authority (illegitimate, but nonetheless) to fine people for transgressing “the law.” But the insurance Mafia perpetrated a fraud.

I’d like a refund. With interest – and punitive damages.

(Hat tip to HR and Rev for inspiring this one.)