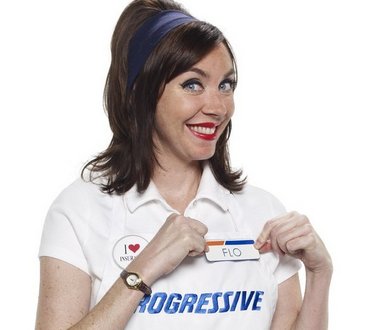 Progressive insurance is a lot like public education. Both are euphemisms that sound happy enough but mask a number of not so-smiley-faced realities.

In the case of Progressive Insurance – the company – the smiley-faced ad girl you see on TV is quite unlike the cold, impersonal entity that will be riding shotgun with you in reality. An entity that wants to monitor, record and transmit deliciously detailed information about the driving habits of its “customers” (a despicable term, given that people are forced to buy insurance) in order that said “customers’ ” premiums may be “adjusted” accordingly.

Progressive’s calls it Snapshot– another False Flag euphemism ginned up by a clever copywriter to mask its ugly reality.

Because in fact, in reality, a  “snapshot” is taken (and recorded) every time you get behind the wheel. A given “snapshot” is merely the data sample the system sends back to Progressive HQ at any given moment. But the fact is the system keeps constant track of your speed, how rapidly you accelerate and decelerate, when you drive – and how often you drive. Just for openers.

Well, it is better for them. Because Progressive knows it can justify expensive premiums on the basis of vague “predictions” about a  person’s faster-than-legal (though by no means necessarily unsafe) driving, or by “predicting” that a person who drives more miles annually than average is more likely to wreck, even if he doesn’t actually wreck.

But it’s not better for you, because driving faster than an under-posted speed limit (or more miles annually than someone else) doesn’t necessarily mean you’re a “risky”  driver – just that you’ll pay more for your premiums.

The irony is that while touting a personalized risk assessment, in fact Progressive is using generalized risk profiles (in addition to deviations from its arbitrary “good driving” standards) to justify its premiums.

“Speed,” for example, is a complex variable. It is by no means the only or even necessarily relevant variable in terms of whether a given person is a “safe” or “unsafe” driver.

A driver traveling 80 on a highway with a speed limit of 70 is technically “speeding.” That is, he’s driving faster than The Law says he may. But is it fair to characterize this as unsafe? The insurance companies say yes, absolutely. But the fact is they say this about every speed limit, and we know at least some speed limits are bogus – and the insurance companies have tacitly conceded this, but only after the fact.

After, that is, they “adjusted” people’s premiums. Check Avon Brochure and Builders Warehouse Specials.

Not one of those millions of people issued “speeding” tickets was issued a refund by their insurance company after the speed limits were raised back to where they were.

Well, it’s about to get even more vicious, if these in-car “snapshots” become mandatory – as you can bet your bippie Progressive and co. urgently, turgidly intend for them to be. Because not only will they be able to dun us for “speeding” every time we “speed,” the roster of chargeable offenses has been expanded to include even current non-crimes (by statute) such as accelerating or decelerating rapidly – that is, accelerating or decelerating more rapidly than whatever pace Progressive defines as “too fast” – even if you never exceed the posted speed limit.

If you pull out ahead of the pack from a stoplight; if you enjoy taking off-ramps at a more than soporific pace; if you do other than a cruise-control pass – well, you may soon hear the cash register go ka-ching each time you do. Even if you never wreck – hell, even if you never so much as ding a door.

It will suck the life out driving.

Any deviation from The Law – or what Progressive and co. deem to be outside the parameters of “safe” driving – will cost you. Even if you’re costing them nothing.

But, that’s entirely beside the point. The whole object of insurance is to make money, not encourage “safe” driving. Insurance is very big business – and one of the few remaining businesses making real money, to a great extent because it has “customers” who cannot say no.

The truth is  that the “safer” a driver you are, the less profit there is in it for them.

And that is the key to understanding what “snapshot” is all about.

There are millions of drivers who “speed,” or rack up twice the mileage annually that the average person does – but who aren’t “adjustable” because (for the present) Progressive can only go by objective risk criteria such as whether the individual has had an accident. If he has not – if he merely drives fast (and evades being caught) or just drives a lot – the insurance mafia has a problem. It can’t “adjust” his premiums until he actually does something they can point to as evidence of “risky” or “unsafe” driving.

With Snapshot, that driver “does something” every time he gets behind the wheel.

For the moment, this cancer is confined to Progressive – where it is also still a voluntary thing. But there is no question that Progressive and the entire insurance mafia wants to force a system like this onto every driver in the country. Just consider how much money red light cameras and photo radar bring in each year. And that is a mere trickle compared with the potential “revenue stream” that could be opened up by a system fully capable of recording – and charging  – each and every driver for each and every instance of “speeding” and more, each and every instance of  “accelerating too rapidly” or “braking with too much gusto” or driving past 10 p.m. or whatever else they define as “risky” or “unsafe” driving.

And the government will be the other half of this tag-team.

It has for years wanted to impose a regime of “congestion pricing” on American drivers: The more you drive, the more you pay. Even though, of course, you already pay more if you drive more in the form of the motor fuels taxes you pay on each gallon of fuel you burn. But congestion pricing would go further by punishing people who bought economical cars as a way to save on their fuel costs. With congestion pricing, merely driving “too much” can be punished, in addition to “driving too fast” and also “driving at night” – and limitless other things besides.

Picture that sitting beside you instead of the happy-go-lucky smiley-faced front girl you see in the commercials.

Because that’s the true Snapshot – and the truth behind Progressive’s happy talk.