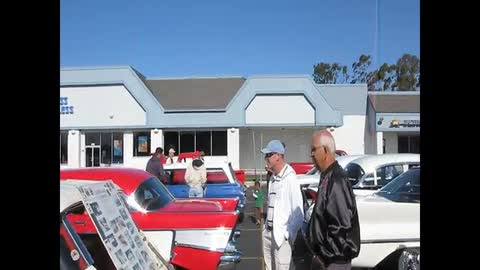 Old car shows are getting old. 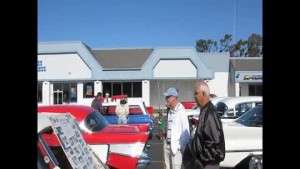 Not just the cars, either.

I’ve been going to car shows since I was a teenager in the ’80s and what’s changed is that now there are almost no teenagers (or even 20-somethings) at the car shows I attend. The typical owner/attendee is a guy like me in his 40s or 50s – or older. Often, much older. My experience has been that you’re much more likely to find a 55-year-old than a 25-year-old at a car show.

I think I know part of the reason why.

What is an “old” car?  Is it a 30-year-old Taurus? Or is it a ’69 Chevelle? Both are old. But only one is interesting, emotionally alluring … and so has become collectible. I think part of the reason that the car hobby is dying off is that modern old cars are generally not interesting or emotionally alluring in the way that pre-modern cars were – and so, the hobby continues to focus on pre-modern cars. On cars built before computers, without air bags and elaborate emissions controls, that people actually tinkered with as kids and so bonded with. 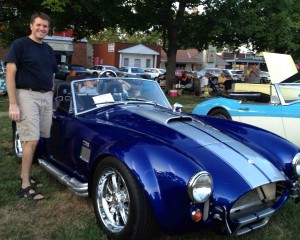 The line of departure is circa early-mid 1980s. When cars got computers, fuel-injection, “onboard diagnostics” – and so on. More so, with each passing model year. An Event Horizon of complexity/cost was reached (and one other thing, which I’ll get into shortly).

This is the moment at which the old car hobby began to go into a kind of stasis – focusing on cars built then and before – but not hence. Meanwhile, the flesh-and-blood devotees of the pre-modern stuff grow old. And are not being replaced or even supplemented by younger blood.

The latter are busy with their tablets and smartphones.

When I was teenager in the ’80s (and before that, in the ’70s and ’60s) high school and college-age kids commonly drove what we now call “classic muscle cars” – the stuff mostly owned today by affluent middle-aged guys. These cars were their everyday rides. 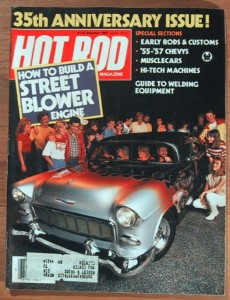 The same was true for prior generations. In the ’60s, high school kids drove ’55 Chevys – and so on, back to the era of the Model A. The rising generation drove the prior generations’ used-up cast-offs. It was what was available – the used car fleet of the era. But the cars were also interesting and emotionally alluring.

Most teenage boys of my generation – or at least, a lot of them – wanted a hot rod. Or at least, something with the potential to become a hot rod. A four-speed V8 Camaro was the iPhone of Generation X. Probably because there were no iPhones when Gen Xers were teens.

This dynamic held through the mid-late ’80s, when there were still plenty of everyday driver ’70s cars still on the road, available on the used car market for not much money.

With a handful of exceptions here and there, the only people who can afford a ’60s or ’70s muscle car nowadays are still Gen X (now in their 40s) and older guys who keep them as toys. They are not high school kid transportation/hot rod projects financed by a part-time fast-food job.

Meanwhile, the teenagers and twenty-somethings of today grew up driving FWD/air-bag-equipped, computer controlled cars – most of them not even cars but minivans and sedans. They did not bond with these cars emotionally the way previous generations did for the simple reason that a minivan is not interesting or emotionally involving in the way a 455-powered Olds Vista Cruiser was. A 14-year-old will find no air cleaner lid to flip over in order to hear the four barrel wail when you floored it. 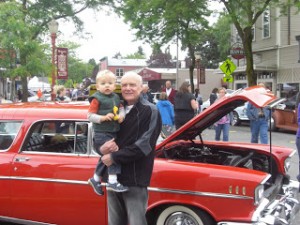 The other crucial element in re bonding with cars at a young age is learning to work on cars.

Back in the day, this was common.

Teenagers in the ’60s, ’70s and ’80s learned to work on cars  because they had to. The pre-computer-era cars broke down – a fairly rare occurrence today. They also required regular maintenance that went deeper than a once-a-year oil change. Tune-ups and so on. And this was maintenance a teenager could perform. A $15 socket set and some screwdrivers, etc. was all one needed to pull a carburetor/tear it down, clean it, adjust it – put it back on. The ignition system was similarly simple. You could get a little more power out of the engine (usually) by loosening the one bolt that held the distributor in place and then rotating it a little to advance the timing. You learned – seat-of-the-pants-style – to not advance it too much (the engine would knock and let you know). It was – important – simple fun.

As was the rest of the car.

With almost any modern car, in contrast, the tool set necessary to perform even simple repairs is usually much more involved – and modifying the things for increased performance even more so. 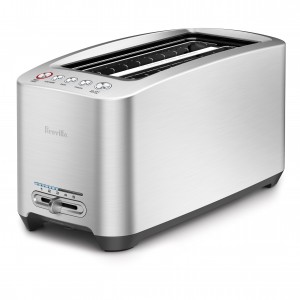 But I think the critical aspect is that the cars hardly need anything, maintenance-wise or otherwise. They are appliances that generally just run. The teenagers of today don’t learn to do anything – because the need rarely or never arises.

And when it does, how many sixteen or seventeen-year-olds are going to try to deal with it themselves? It’s a bit much to expect a sixteen-year-old to figure out what’s not right with a direct-injected/variable-cam-timed engine governed by an ECU that’s fed data by half a dozen sensors, all of which requires a bit more in the way of electronic (and mechanical) know-how than richening up the idle air-fuel mix on a Holley four barrel (which you did with a flat blade screwdriver).

Even professional mechanics are not infrequently stymied. When the “check engine” light comes on, what you’re often dealing with is not something mechanical that’s out of whack – and which can be seen, handled, identified – but rather a software glitch. Some intermittent electronic hiccup deep within all those harnesses.

And air bag-equipped/computer-festooned latter-day “safety” cars are just not as interesting as the old stuff. They are toasters. Who bonds with a toaster? When it stops working, you buy a new one.

So, the chain was broken. 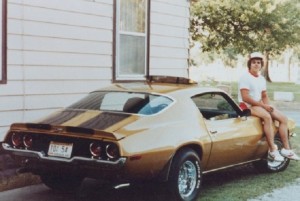 Modern old cars are use-’em-ups (and then throw ’em aways). Since the late ’80s, the rising generations have not bonded with cars the way prior generations did. If a kid does not “get into” cars as a teenager or very young adult, it is increasingly unlikely that he ever will.

This leaves the older generations to carry the torch. Which, no doubt, they will do – until they no longer can. At which point, the hobby will not quite die – there will always be a few eccentrics (just as there are still eccentrics out there who lovingly preserve old trains). But the old car hobby as an integral part of the youth culture? That’s gone and done forever, I think

For which you can thank Uncle – the government – which as usual sucks the life out of everything by making it too expensive. Or too much hassle.

Just wait until he goes after iPhones.