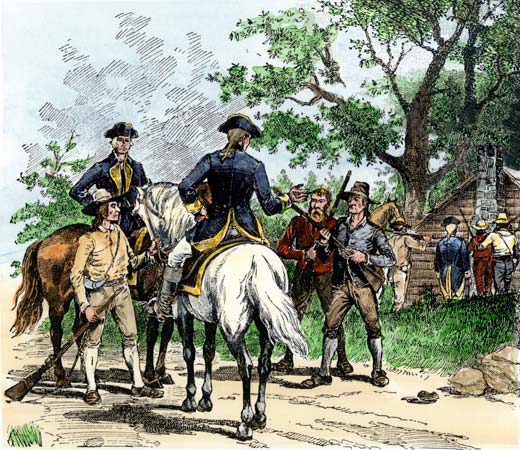 The other day, I wrote about ethanol – the corn-sourced alcohol that’s used as a fuel additive in almost all the “gas” sold in the United States. Air quotes used because the “gas” is actually 10 percent ethanol. 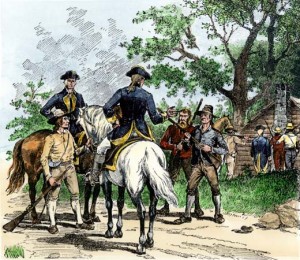 I got replies – mostly favorable, a few not.

Some of the nots touted the virtues of ethanol – and I will freely admit there are some. As I hope the nots would acknowledge ethanol’s downsides.

It’s neither here nor there.

Let’s assume for the sake of discussion that ethanol is the ideal fuel. It’s still an irrelevance… morally speaking.

The issue – whether it’s ethanol or Obamacare or some other “program” – is whether the use of violence (threatened or actual) is morally justifiable. Debating the utilitarian merits (and deficits) of whatever it is we’re talking about sidesteps this fundamental point and by doing that, concedes the field. Or at the very least, keeps the matter open for discussion when it ought to be closed.

This – debating the utilitarian pros and cons –  is key to the ongoing vitality (and viability) of the Red vs. Blue, Republican vs. Democrat, liberal vs. conservative puppet show. 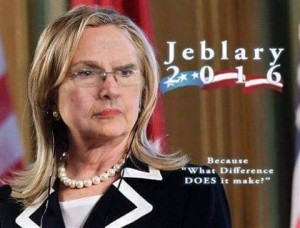 There is no debate over the fundamental question. Just a discussion over how much violence will be visited on whom – and to what end. Who will benefit (and even profit)… and who will be compelled to provide those benefits (and profits).

This is why it doesn’t matter which candidate or party wins a given election. It’s the same as having an intermission at an auction – and announcing a new auctioneer for the second half of the auction. It’s why the debates are so tiresome – and why people (even though most probably don’t realize it) are so sick of it all. Everyone knows their lives and property are up on the block – that whether it’s Tweedledee or Tweedledum – they are going to be told what to do, how much they’ll pay and so on. It’s like being in a prison and always having to sleep with one eye open.

There is no “leave me be” option – and can’t be, so long as the question is even up for consideration. The very best one can hope for is a temporary respite or a slight decrease in the amount demanded or the control asserted. This is the sole and only difference between Team Red and Team Blue, between liberals and conservatives. 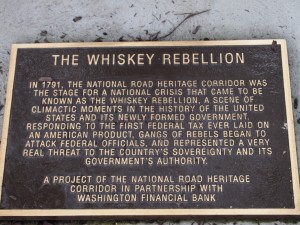 Since at least the time of the Whiskey Rebellion (1791), the principle has been enshrined that it’s ok to take other people’s stuff or make them do what you like provided you have the political muscle; the votes or the “leaders” willing to make it so. Not by asking but by telling.

Some 225 years ago, the “Founding Father” of the United States, Toothless George – and his golem, Alexander Hamilton – marched on rural Pennsylvania to teach the veterans of the American Revolution a lesson about what they’d actually fought for.

Or rather, for whom.

It wasn’t for freedom from obnoxious taxation. It was for an exchange of auctioneers. They’d been bled for the cause of replacing the British ruling elite with a homegrown elite. Washington and Hamilton and the rest rather than George III and the rest. New boss, same as the old boss. 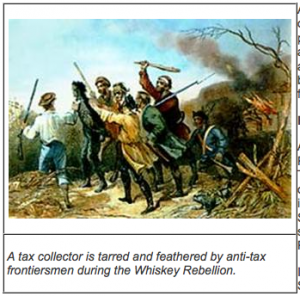 Most Americans do not know this – for very good reason – but the fact is taxes  on the average person were less oppressive (effectively nonexistent) under the original Team Red (King George and Parliament) than under the original Team Blue (President George and Congress). The Revolution was fought to benefit the colonial ruling class, crony capitalist finance shysters like Hamilton – not ordinary people like the Pennsylvania farmers – who had previously never been threatened with bayonets to hand over money they didn’t have to pay what amounted to federal income taxes on the whiskey they made and bartered among themselves as a medium of exchange.

It must have been a rude wake-up call.

Since that time, at least, the debate has always been: who shall pay… how much shall they pay… and to what end? Never whether anyone ought to be forced to pay anything.

The latter concept having been abandoned and the former embraced, it is today merely a question of degree. It is why we have a formal federal income tax, state taxes,local taxes, real estate taxes, sales taxes, motor fuels taxes, sin taxes, taxes on property, taxes on transactions, taxes on meals (and whiskey) as well as Obamacare and all the rest of it. There is no longer any end to it. How could there be? What would be the basis for drawing a line? 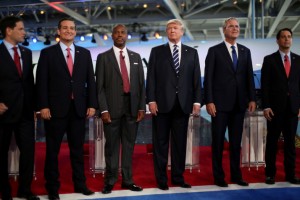 Republicans believe in “less government” (so they say) but still demand your money and insist on their right to control your life. Democrats advocate the same, just tweaked a little here and there.  Both sides argue interminably over the spoils. Never whether they have any right to the spoils.

Ron Paul tried to put the debate on a moral rather than utilitarian level. If he’d been a younger, more charismatic man he might have been dangerous. Cue the Zapruder film.

Trump, on the other hand, isn’t.

Neither is Hillary or Bernie or Jeb or Ben or Marco.

Fundamentally, they are all in agreement.

Which is why the coming election doesn’t matter.

A year or so from now, we may have a more luxurious White House (it’ll be great, really) but what we absolutely will not have, ever, is a government that leaves us be. Because it’s a contradiction in terms, an impossibility. Government – as Washington himself admitted – is force. Organized, systematized. Expecting it to just sit there and leave us be is like expecting a lion to not eat the sheep just shoved into his cage. It’s what he does.

It’s the nature of the beast.