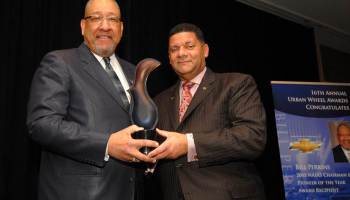 They used to hire mainly engineers to work at car companies. Where they used to mainly design and build cars. 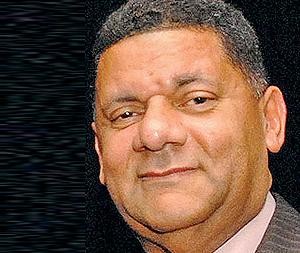 Now they have vice presidents of diversity.

At least, GM does.

A guy named Eric Peterson (no relation to this writer) just resigned the gig, where he worked with the National Association of Minority Automobile Dealers, whose president lauded Peterson as a “champion” and a “trailblazer” for “diversity.”

And, of course, women.

Skin color (and genitalia) rather than the “content of their character” being the decisive factor.

Peterson says that “…people are the most important resource we have” and that “(we) should nurture and develop them to their maximum potential.” 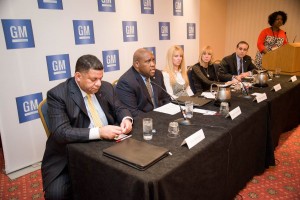 The problem – one of them – with “diversity” is that it doesn’t mean everyone regardless of color or sex doing their thing, no one hassling anyone because of their color or sex. A merit-based system. That skin color and sex become non-issues.

It really means: Focusing on – obsessing about – race and genitalia; assigning preferred status to certain races and those with one set of genitals (but never the other).

Other races (and the male sex) need not apply.

Maybe they ought to put a sign outside to let ’em know We Don’t Serve Whitey Here.

The originals were at least honest. 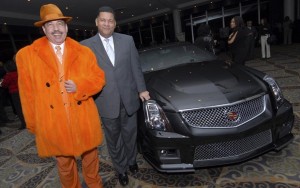 Bull Connor did not pretend to a “diverse” mindset. He preferred whites and preferred to avoid blacks. Like him or not, he was a straight shooter. The Diversity Mongers, in contrast, peddle the same thing (in reverse) without owning up to their race (and genitalia) obsessions. But what else is it when everything is based on race and sex?

On certain races – and just one of the two sexes?

It’s the Hapsburg Empire all over again. A polyglot society held together – barely – by fictional notions of colorblindness as a skein over very real race-and-genitalia based official/legal preferences – enforced by very real bayonets.

And we know what happened to the Hapsburg Empire… right?

Most white males – I know lots of them – don’t harbor any animosity toward blacks (or women, whether white or black) because they’re black or female and certainly aren’t interested in harming them on account of those things. They are open to doing business with – or being friends with – pretty much anyone.

But they chafe at the racial-sexual double standard that says it’s ok to actively discriminate against (and disparage) them simply because they are white (and male) while on the other hand, they must accept with a smile race-and-genitalia-based based preferential treatment of women and “minorities” (not infrequently less competent) or expect to be called “racists” (and “sexists”) for objecting.

Guys like Peterson have made a living off this.

He ought to be ashamed.

And, so should we – all of us, white and black, male and female – for tolerating it. For not standing up against it.

But I have an excuse, at least.

Years ago (back in the ’90s) when I first began to write about cars for a living, I attended my first “press only” events for car journalists. It was my first exposure to corporate racism (and sexism) except it was directed at me on account of my whiteness and maleness. I – and others – endured many an unctuous sermon given by guys like Peterson (every car company has one; has several… they have to… else they risk accusations of… drum roll… “racism”). And, in addition to that, the tub-thumping of race-hustling car journalists such as representatives of a publication titled, I kid you not, African Americans on Wheels.

Because black people – on account of their race – have a different (a diverse) view of what’s under the hood and how a car drives. 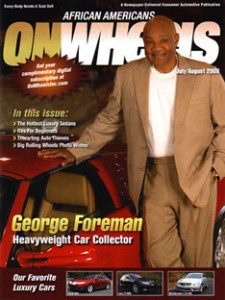 Which of course they do not. They surely have their own opinions, preferences and needs. We all do. But they’re not a function of race or what’s between our legs. They are an expression of our individuality, that’s all. I am not partial to classic muscle cars because I’m a white guy. I just happen to like big V8s and four barrel carbs. I know a black dude who likes these things, too. (If I told this guy he should like “black” cars – whatever that is – he’d probably want to punch me in the face or at least call me an asshole – and I’d deserve it.)

Jews in Jeeps, anyone?

No, the real reason for African Americans on Wheels was to shake down the major car companies using race guilt as the cudgel. This publication had no circulation (they gave it away, as a free insert) but lots of very expensive glossy ads. GM (and other major car companies) bought ad space in a race-hustling publication with no circulation solely and only shut up the publication’s proprietor  – who would screech “racism” if they did not ante up.

Peterson’s career as vice president of diversity amounted to the same thing. The difference being GM’s proactiveness. Rather than just pay off a race hustler, why not hire one instead? Make a “commitment to diversity” official policy? 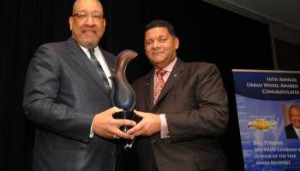 Which is exactly what has been done. “Diversity” – Hapsburgian racial categorization and preferential treatment – has become so pervasive and routine that we hardly notice it, much less object.

Well, we ought to object.

Of course, saying that kind of thing openly is “racist,” right?

Come and get me.