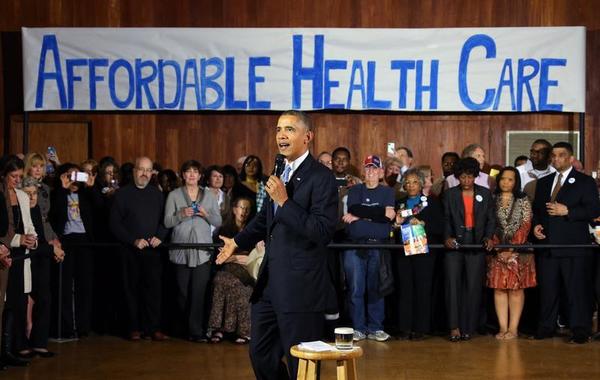 I begin to think maybe Trump is on to something with his Fake News schtick. Which isn’t schtick at all in terms of the obvious, egregious bias of what is styled “mainstream” media outlets such as CNN (back in the ’90s, the letters were said to stand for Clinton News Network).

But what Trump means is “news” that is not stilted but upended. Manufactured to present the outright wrong as the absolutely certain. And not on account of incompetence, either.

The best example being Trump’s victory itself.

In lockstep, the “mainstream” media predicted a route. Presented ominous pie charts and graphs and polls of many kinds purporting double digit leads in key states for… Hillary.

Who ended up losing.

This is more serious than the usual weather man 50 percent track record of accurately predicting whether it’s going to snow tomorrow. When it’s unanimous that Trump – whom the people delivering the pie charts and graphs and exit polls all obviously loathe – is “going to lose” and yet wins anyhow, which is more likely? That all these people simply got it wrong in exactly the same way? Or that they were purposely trying to suppress the real news and stilt the outcome along lines they desired?

Now comes the latest – also from CNN – that “love for Obamacare” is at an all-time high. See here.

It reeks of Fake News.

Do you like Obamacare?  Know anyone who does? Everyone I know loathes it – for both practical as well as moral reasons.

On the practical level, it sucks. You do not get medical care (let alone free or even “affordable” care). You are forced by the government to buy an insurance policy. It is not the same thing as getting “care.” The insurance company is a crony capitalist cartel that will do all it can to avoid paying for “care” while making you pay for “coverage.” People have become hip to this – and they are not in love with it. 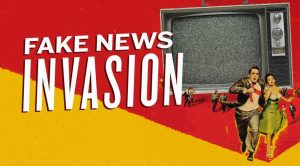 On the moral level, Obamacare is odious because it forces people to buy insurance – which in a free country (hearty, phlegmy cough) is an outrage. If you are a free man, you have the moral right to not buy insurance; to not be threatened with violent repercussions if you decline.

Many people – especially young people but also people who are healthy and live prudently – would rather not pay for something they don’t feel a need for and save their money – to be used if something happens and if not, for some other thing. They see this – rightly, morally – as their business and no one elses,hence no business of the government’s.

Yet CNN – and other – “mainstream” organs – are singing in harmony that the same public which favored Hillary by huge margins is also in love with the Not Affordable Care Act.

It’s not going to work. The smoke is dissipating – and we have Trump to thank for this, his many faults and flaws notwithstanding. He is hated, in part, because he exposed them. And because he will not play patty cake with them. His dismissal of a CNN “reporter” was priceless. Why should he treat them with respect? 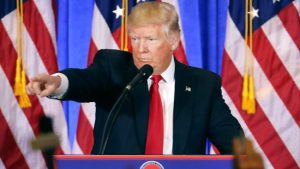 Why should any of us?

The media, as a class, is not merely corrupt. It is ideologically committed to turning America into something it was never intended to be. And these minions are sweating Trump because he may have upset their plans, even if it wasn’t intentional.

Hillary was a loser – and so is Obamacare. The minority view of people inside the DC Beltway, who live on the upper east side of Manhattan, in San Francisco and LA… isn’t shared by most Americans, even after decades of careful conditioning (including the “reporting” of “mainstream” media like CNN).

Obamacare – like Hillary – was shoved down our throats. Remember “you have to pass the bill to find out what’s inside it”?

Now it’s being upchucked – and that’s exactly the right term.

People have had enough. Of Hillary. Of Obamacare. And the “mainstream” media. Which has all the honor of a $20 street hooker and less class, too.