A “hero” in suburban Orlando, Florida is out of a job after officials say he waved his firearm and stun gun on duty while quoting lines from the Denzel Washington movie, “Training Day.”

According to an internal affairs report obtained by  WESH 2 News, Lake County Deputy Dean Zipes rubbed his pistol and stun gun together, replicating actions by Washington’s character in the movie, in front of a startled police trainee outside a convenience store. Washington played a corrupt cop in the 2001 film.
Zipes reportedly told investigators he was trying to be funny. 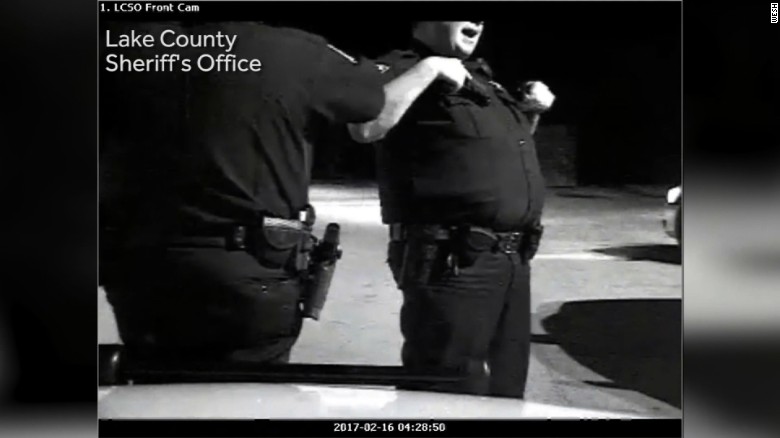 Dashcam video caught this image of Deputy Dean Zipes, right.
The episode, partly captured on dashcam video, occurred February 16. Zipes was fired April 21, but the internal affairs documents weren’t made public until last week.
According to the report obtained by WESH, it was not the first time Zipes had pulled out his firearm in a joking manner while on duty. The report said he had also pretended to grab his gun while talking to a pizza delivery driver and joking that he was alleged cop killer Markeith Loyd.
Zipes told investigators he had no malicious intent on February 16 but was merely trying to “lighten the mood” and be the “center of attention,” WESH reported.