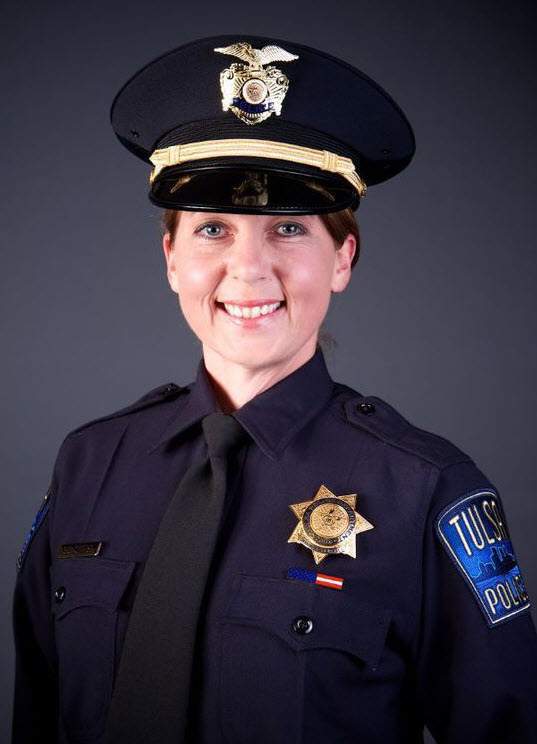 A jury has acquitted a white Oklahoma police officer who says she fired out of fear last year when she killed an unarmed black man with his hands held above his head.

Of course. She “feared for her safety,” you see.

Because one unarmed guy – not “resisting” or “fleeing,” but failing to immediately become supine and obey every barked command of four armed government workers who had him surrounded (plus a helicopter in the air above) constitutes a “threat to officer safety” that must be met with immediate lethal force.

Keep this in mind the next time you think about arguing with a cop over a traffic offense.

It is getting to the point that anything less than cringing submission to every “lawful order” – whatever comes out of a “hero’s” yap – constitutes the capital offenses of “resisting” and Contempt of Cop.

But even Dirty Harry didn’t blow away unarmed targets – and of course, Harry wasn’t a poltroon who demanded he be accorded Hero status. Unlike this armed lunch lady who blew a guy away because he didn’t accord her the demanded immediate obedience.

The family of Terence Crutcher burst into tears and expressed outrage after jurors found Tulsa officer Betty Jo Shelby not guilty of first-degree manslaughter in the 16 September shooting. About 100 demonstrators later gathered outside the courthouse and some briefly blocked a main street.

“Let it be known that I believe in my heart that Betty Shelby got away with murder,” Crutcher’s father, Reverend Joey Crutcher, said after the verdict was announced.

A lawyer for Shelby said the officer was “elated” that the jury found her not guilty.

“She’s ready to get back to her life,” Defence Attorney Shannon McMurray said. 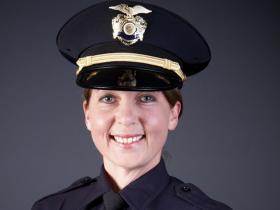 Shelby looked stone-faced when the verdict was read, but Crutcher’s family was quickly ushered out of the courtroom sobbing and wailing.

At least four of the 12 jurors were crying as they left the courtroom and they did not look at either the family of Crutcher or Shelby. The jury comprised eight women and four men and included three African-Americans.

Shelby testified that she fired her weapon out of fear because she said Crutcher didn’t obey her commands to lie on the ground and appeared to reach inside his SUV for what she says she thought was a gun.

Prosecutors told jurors that Shelby overreacted. They noted Crutcher had his hands in the air and wasn’t combative — part of which was confirmed by police video taken from a dashboard camera and helicopter that showed Crutcher walking away from Shelby, hands held above his head.

Shelby’s attorneys argued that in the two minutes before cameras began recording the encounter, Shelby repeatedly ordered Crutcher to stop walking away from her and get on the ground.

Crutcher’s family said police attempted to “demonise” Crutcher over the drug possession to deflect attention from the fact officers didn’t find a gun inside his SUV.

The most telling aspect of this business is the way it would have been handled had the shooter not been an armed government worker. If an ordinary person had fired a gun at an unarmed person, a person who was not combative, who was walking away from them… it almost certainly would have been a murder case.

And there almost certainly would have been a conviction.

Instead, this armed government worker – this “hero” who feared for its safety – gets to go home without even a traffic ticket to pay.

And will probably find employment as an armed government worker in some other state.

“Put Your Arms Behind Your Back”!