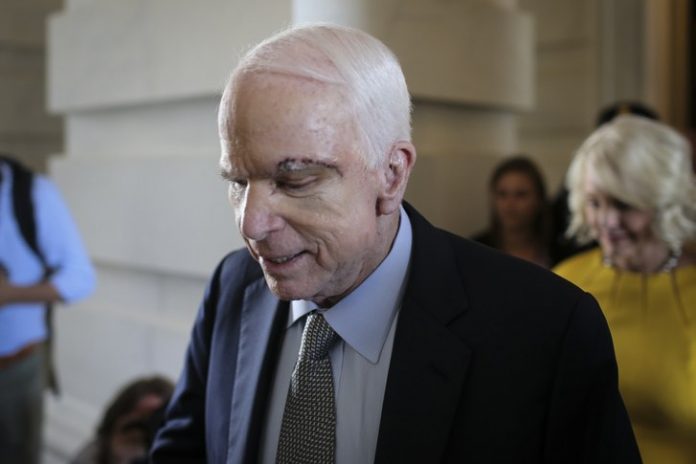 Whatever you may think about Trump, the Republicans he has to deal with are far worse.

To further “bipartisanship,” McCain – predictably – voted against repealing the law that requires people to buy health insurance or else.

Because McCain – like most Republicans – is exactly like most Democrats in that he believes it is his role and theirs to forcibly control our lives, even to the extent of putting a gun to our heads to make us hand over money to the health insurance mafia.

His half-dead hand will not release its chokehold on our throats until it actually is dead (can’t happen soon enough) but we’ll get no relief because the Mummy’s paw will simply be replaced by another, younger one. 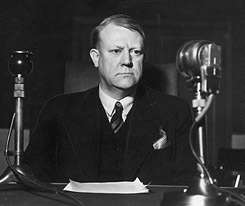 It is like having an evil grampa living in your house.

As vile as Democrats are, Republicans are orders of magnitude worse. They control all three branches of government yet can’t repeal this atrocity. If they can’t do this one thing, what is the point of having a so-called “two party” system?

There is one party – the party of government.

McCain is its archetype and standard-bearer. Proof that power – once acquired – is never surrendered. We expect this from Democrats; it’s (cue Dr. Evil) what they do. But these loathsome poltroonish Republicans? Who babble at each election about “freedom” while practically ejaculating all over the flag?

They make Vidkun Quisling seem like a stand-up guy.

It’s time to throw them in the woods. Enough. If they can’t rid us of Obamacare, we must rid ourselves of them.

It can be done.

Note that there is no Whig Party today.

There need not be a Republican Party tomorrow.

Because there is no need for a Republican Party that is nothing more than a slightly watered down version of the Democrat Party.