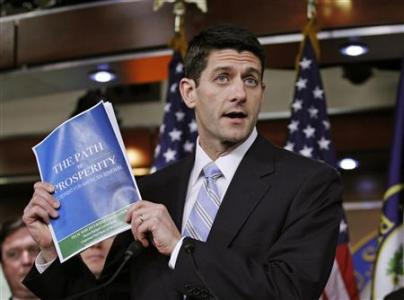 The outcome was never in doubt.

Republicans – all of them, not just Trump – told you so, many months ago. Even if they had successfully repealed Obamacare, they always intended to replace it with another “plan.”

There was never any hope that the government – whether controlled by Democrats or Republicans – would voluntarily surrender the power it had assumed and agree to leave us alone.

Repeal and replace Obamacare . . . What did people suppose that meant?

But the suckers lapped it up. Works every time, like a miracle diet that promises you’ll lose up to 40 pounds  in a week. Of course you end up losing no pounds at all and may even have gained a few – but you’re not getting your money back. After all, the promise was you’d lose up to 40 pounds.

Does it matter whether the “plan” is of the left or the right? That it’s a toothsome smiling Obama poking you in the backside with a bayonet – or an oily Paul Ryan doing the same?

What matters is you’re not given the option to say no thanks to any of it.

Trump could have executive-ordered the individual mandate out of existence. That would have effectively repealed Obamacare and Paul Ryan be damned. But that wasn’t the objective.

Repealing Obamacare, that is.

The Republicans only wanted it to be more to their liking. Coercive “health savings accounts” in place of the individual mandate, for example. You’d still be made to hand over the goods and then micromanaged by your Betters in the government. 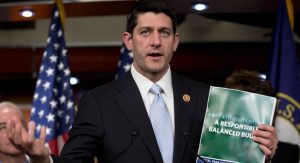 H.L. Mencken once observed – rightly – that an American election is a kind of advance auction of stolen goods. It’s worse, now. What’s up for bidding is your right to be left out of it. To not be made a party to “plans” you do not approve of and want nothing to do with.

It’s not merely that they intend to take your things.

They are going to take you.

Obamacare – or whatever the Republican version of it would have been – was never primarily about forcing you to hand over money to the insurance mafia (which will do everything to avoid paying for any medical care you might need).

It was – and is – primarily about pushing you into a collective. To be administered, regulated and controlled.

To believe that the Republicans are any less interested in those things than their Democrat colleagues requires an almost-Elio pre-verbal childishness. Which is what the Democrat and Republican leadership depend upon.

They told you, right to your face – and you bought it anyhow.