The Obama administration is quietly diverting roughly $500 million to the IRS to help implement the president’s healthcare law. 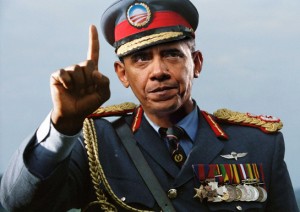 The money is only part of the IRS’s total implementation spending, and it is being provided outside the normal appropriations process. The tax agency is responsible for several key provisions of the new law, including the unpopular individual mandate.

Republican lawmakers have tried to cut off funding to implement the healthcare law, at least until after the Supreme Court decides whether to strike it down. That ruling is expected by June, and oral arguments last week indicated the justices might well overturn at least the individual mandate, if not the whole law.

“While President Obama and his Senate allies continue to spend more tax dollars implementing an unpopular and unworkable law that may very well be struck down as unconstitutional in a matter of months, I’ll continue to stand with the American people who want to repeal this law and replace it with something that will actually address the cost of healthcare,” said Rep. Denny Rehberg (R-Mont.), who chairs the House Appropriations subcommittee for healthcare and is in a closely contested Senate race this year.

The Obama administration has plowed ahead despite the legal and political challenges.

It has moved aggressively to get important policies in place. And, according to a review of budget documents and figures provided by congressional staff, the administration is also burning through implementation funding provided in the healthcare law.

The law contains dozens of targeted appropriations to implement specific provisions. It also gave the Department of Health and Human Services (HHS) a $1 billion implementation fund, to use as it sees fit. Republicans have called it a “slush fund.”

HHS plans to drain the entire fund by September — before the presidential election, and more than a year before most of the healthcare law takes effect. Roughly half of that money will ultimately go to the IRS.

HHS has transferred almost $200 million to the IRS over the past two years and plans to transfer more than $300 million this year, according to figures provided by a congressional aide.

The Government Accountability Office has said the transfers are perfectly legal and consistent with how agencies have used general implementation funds in the past. The $1 billion fund was set aside for “federal” implementation activities, the GAO said, and can therefore be used by any agency — not just HHS, where the money is housed.

Still, significant transfers to the IRS and other agencies leave less money for HHS, and the department needs to draw on the $1 billion fund for some of its biggest tasks.

The healthcare law directs HHS to set up a federal insurance exchange — a new marketplace for individuals and small businesses to buy coverage — in any state that doesn’t establish its own. But it didn’t provide any money for the federal exchange, forcing HHS to cobble together funding by using some of the $1 billion fund and steering money away from other accounts.

The transfers also allow the IRS to make the healthcare law a smaller part of its public budget figures. For example, the tax agency requested $8 million next year to implement the individual mandate, and said the money would not pay for any new employees.

An IRS spokeswoman would not say how much money has been spent so far implementing the individual mandate.

Republicans charged during the legislative debate over healthcare that the IRS would be hiring hundreds of new agents to enforce the mandate and throwing people in jail because they don’t have insurance.

However, the mandate is just one part of the IRS’s responsibilities.

The healthcare law includes a slew of new taxes and fees, some of which are already in effect. The tax agency wants to hire more than 300 new employees next year to cover those tax changes, such as the new fees on drug companies and insurance policies.

The IRS will also administer the most expensive piece of the new law — subsidies to help low-income people pay for insurance, which are structured as tax credits. The agency asked Congress to fund another 537 new employees dedicated to administering the new subsidies.

The Republican-led House last year passed an amendment, 246-182, sponsored by Rep. Jo Ann Emerson (R-Mo.) that would have prevented the IRS from hiring new personnel or initiating any other measures to mandate that people purchase health insurance. The measure, strongly opposed by the Obama administration, was subsequently dropped from a larger bill that averted a government shutdown.