Almost all of the news items about George Zimmerman and Trayvon Martin contains a combination of false statements, opinions presented as facts, transparent distortions, and a complete absence of some of the most relevant details. Almost all news items are written soley from the point of view of the grieving family. The media also fills their articles with outdated baby-faced pictures of Trayvon. Very few include that he was a towering 6’2 football player. Is the media really reporting the news, or is this classic agitation/propaganda to advance a political agenda? 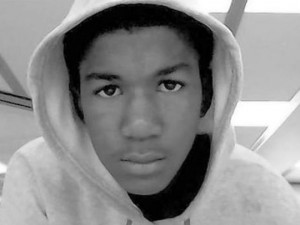 Literally thousands of articles contain at least one false statement in the first couple of lines. They usually read “George Zimmerman, a white man,” or “shot by a white man.” Zimmerman is described by family as a multiracial Hispanic. His appearance is clearly that of a Latino/Mestizo individual. However, the media wants him to be white because that better fits the political narrative they are trying to artificially create. Many news articles have also claimed the neighborhood is “mostly white.” This is also a lie. The neighborhood is only 49% white. It is over half non-white.

All the way back on February 27th, the local Orlando Fox station interviewed the witness who dialed 911. Almost none of the thousands of articles since have mentioned any of the details described by the witness. Some, however, have attributed false statements to this witness. On March 16th, the Sanford police department released new details to the Orlando Sentinel. Once again, these details have been ignored or changed by the media.

1. The witness reports that George Zimmerman was on the ground and Trayvon is on top of him punching him.
2. The witness says that George Zimmerman was screaming and yelling for help.
3. Police arrive and find Zimmerman bleeding on his face and the back of his head. He also has had grass stains on his back. All this confirms the story told by Zimmerman and the witness.
4. Police play the 911 tape for Trayvon Martin’s father, who tells police that the voice screaming is not the voice of his son.

The neighborhood this took place in has seen a lot of crime. Would you be surprised to learn that there were eight burglaries, nine thefts, and a shooting just in the past year? In fact, the local homeowners’ association reports that George Zimmerman actually caught one thief and aided in the apprehension of other criminals. The Miami Herald wrote about this on March 17th. None of the thousands of articles and cable news segments that came after, thought this was important.

In fact the Miami Herald goes on to interview neighbor, Ibrahim Rashada, who is black. Rashada confirms that there has been a lot of crime in the neighborhood and indicates to the reporter that the perpetrators are usually black.

The media also characterizes Trayvon as a “model student.” In fact, he under a five day suspension when the shooting took place. That is why he was staying at a house so far from his school on a school night. A lawyer for Trayvon’s family has blocked access to his school records. However, you have to do something pretty bad to get suspended for five days.

Now that you know the suppressed facts of the case, you can for form a better more balanced opinion. Maybe you still think Zimmerman was wrong to pull the trigger. However, I think you will come to the conclusion that the “mainstream” clearly is pushing an agenda. Even when they have to grossly alter and adjust a story to fit that agenda.