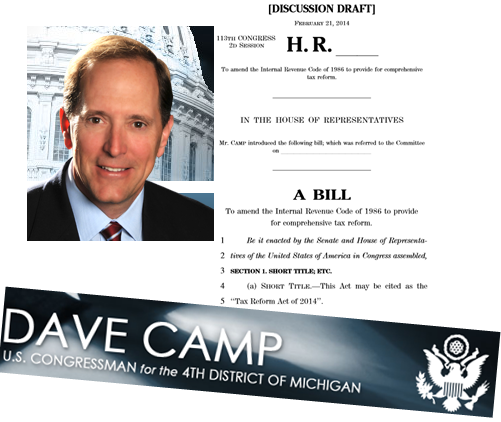 Washington excels at unintended consequences. A law gets passed or a regulation is imposed that’s meant to do this . . . but ends up causing that.

One example of this phenomenon is the way federal fuel-efficiency mandates (CAFE, in DC-speak) have grossly distorted the market for new cars by inadvertently encouraging people to buy even thirstier pick-up trucks and SUVs – which until very recently were subject to a lower CAFE standard because they were (rightly) categorized as work vehicles rather than vehicles used for A to B transportation.

The government wanted more fuel efficient cars, but the market wanted larger – if thirstier – vehicles. SUVs and pick-up trucks fit the bill. People began to buy them in lieu of cars and for everyday driving. 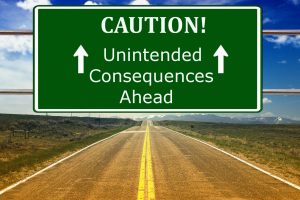 SUVs and pick-ups – which were once a small portion of the market – now dominate the market. The bureaucrats never saw it coming.

Another example of unintended consequences in-the-making is a proposed new tax on advertising.

Technically, it’s a reduction – by 50 percent – of the currently allowable deduction of advertising costs as a business expense. But it amounts to the same thing because it’s a 50 percent increase in the cost of doing business.

And advertising is as essential to doing business as having a product people are interested in buying. If prospective buyers don’t know a product is available – which tends to happen when it’s not advertised – that product might as well not exist at all.

Among the arguments being made to advance the tax – which was first promoted by former House Ways and Means Committee Chairman Dave Camp (R-MI) – is that it will tamp down the burgeoning bubble in the new car market, which many analysts worry will soon pop and very possibly trigger a major economic downturn – not unlike the way the housing bubble triggered the collapse of ’08. 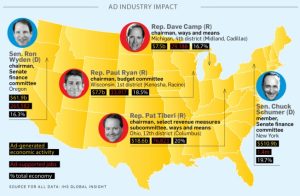 And for similar reasons.

The car industry – like the housing industry – is a huge industry. It’s health – or sickness – affects the economy generally.

The so-called Camp Tax is supposed to curb what many – rightly – see as an overheated market that, to a great extent, increasingly depends on shuck-and-jive financing tactics to get people into new cars – even when many of those people probably shouldn’t qualify for loans.

Zero-down, low-to-no-interest loans and loans pushed out to six years or longer (a record) are driving this and – so goes the argument – it’s advertising that’s driving that.

So, tax the advertising – or at least, make it more expensive to advertise. That’ll cool things off  . . . supposedly. 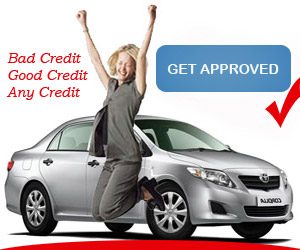 But in fact, making advertising more expensive will only give an artificial advantage to mega-dealers and chains, which can absorb the hit without reducing their advertising campaigns – to the detriment of smaller dealerships, which can’t absorb a 50 percent uptick in their cost of doing business and so will reduce their advertising.

Which will inevitably hurt their sales – but not sales overall.

And here’s where it gets interesting, unintended consequences-wise:

By artificially advantaging the mega-dealers and chain stores, this new tax will distort the market – just as CAFE fuel economy regs have done. The big dealers will not only continue to advertise, they will do so freed from the balancing pressure of smaller, independent dealerships – whose more economically reasonable business practices serve to keep things economically sane. 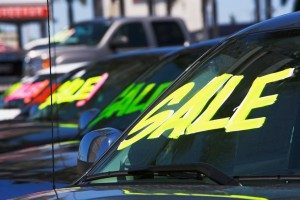 Smaller dealers can’t afford to give away cars at fire sale prices – or finance buyers with sketchy credit.

The big chain stores can – and do.

Their economies of scale make it feasible for them to sell cars for less per car and even sell cars at a loss when necessary (in order to drive out smaller rivals, who can’t play this game). They can use economically untenable fire-sale deals and “no money down” financing schemes, which other big chains stores then emulate and which then become the de facto industry standard.

Such creative financing has become the rule rather than the exception.

Just as happened prior to the housing bubble popping. Lots of economic activity, but much of it artificial.

Followed by the inevitable crash. 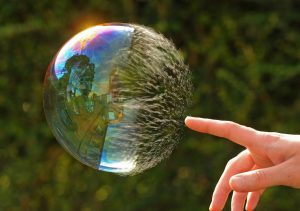 But this isn’t an advertising problem. It’s a sketchy financing problem. Very much of a piece with what happened back in ’08.

The solution, then, isn’t to punish advertising but rather to deal with the sketchy financing deals that are the real problem.

Ron Paul is among those who’ve publicly criticized the Camp Tax. “The companies who will be hurt are smaller and newer businesses,” he says.

No matter the intent of the tax, its unintended consequence will be to punish smaller businesses with sound business practices while artificially advantaging the established players – and not doing anything to tamp down “irrational exuberance” in the car business.

If anything, it will make matters worse.

Leave it to the government – and the politicians who think taxing things helps things.