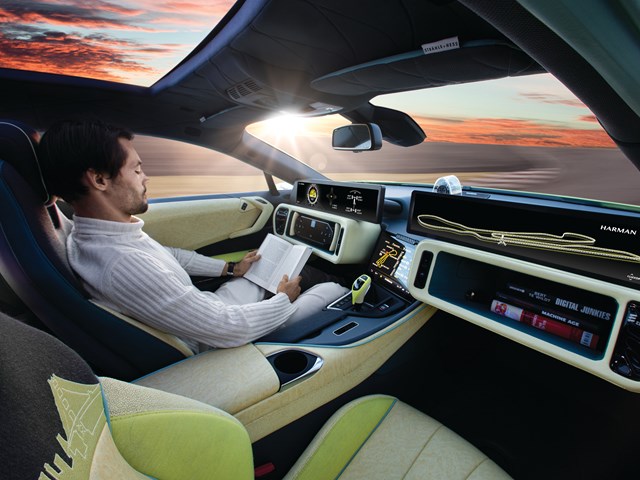 Every motorcycle has more than one way to turn the engine off.

There is a simple, mechanical switch – in addition to the keyed ignition switch – that one can use to easily and immediately shut everything down in an emergency. Not just the engine. The emergency kill switch cuts power to everything – and without using the primary ignition key. 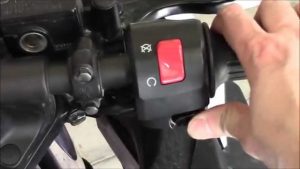 This can be helpful when the bike has just crashed and engine is still running and the rear wheel is still spinning and the bike is laying on top of you with gasoline dripping on you.

Airplanes with piston engines have two ignition systems – in case one fails – and multiple redundant systems for flight controls, in case the primary controls stop working. This can be important at 30,000 feet.

It’s interesting – telling – that cars aren’t required to have back-up systems for any of their critical controls. There is no mandate from the government – so ostensibly concerned about our saaaaaaaafety – that cars come equipped with a secondary “kill” switch that can be used to mechanically shut down the engine in the event of an emergency. 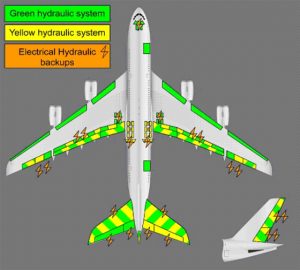 No mandate for redundant controls.

But hey, we have back-up cameras. And buzzers to remind us to “buckle up.” And air bags – which might kill us rather than protect us.

A car has an ignition switch, of course. Just one. In the past, you could use this to physically (mechanically) cut off all power to the engine, which would shut the engine off. But most new cars have electronically controlled ignitions now. Push-button ignitions. When the button is depressed, a signal is sent to the computer and it decides to turn the engine on – or off.

But what if the button doesn’t work? What if there is a glitch?

What if the computer decides not to shut the engine off?

There is no redundancy. No other way to shut off the engine, no way to over-ride the computer.

This is arguably not very “safe.” 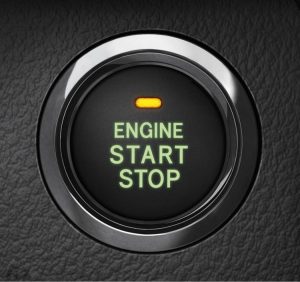 And yet, the government does not seem to mind. Indeed, it is encouraging more of the same – and worse.

Steering is now controlled electronically in a growing number of new cars. Meaning, the steering wheel isn’t directly – mechanically – connected to the hard parts which cause the wheels to turn. Instead, steering “inputs” are translated by the computer, which then turns the wheels using servos and actuators – small electric motors and such. It operates on the same principle as drive-by-wire throttle control, which uses throttle position sensors (rather than a mechanical cable, as in the past) to tell the computer how fast to rev the engine.

But what happens if the computer interprets the signals it receives incorrectly? Or does not receive them at all? Or some other thing  . . . at 70 MPH?

With a curve up ahead.

There is no redundancy requirement. No mechanical way to over-ride the agglutination of electronics and assume direct control of the car. This goes doubleplusgood – doubleplusbad, actually – for automated cars, which their manufactures intend to build without steering wheels at all. 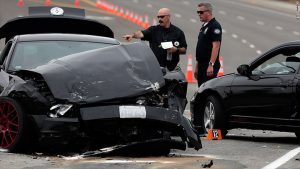 The government – the one so concerned about our safety, remember – is on the verge of approving this.

It is simply taken for granted that technology – especially computer technology – is infallible. Which is an idea that’s palatable only to the doe-eyed Eloi – the intellectually flaccid who are ignorant of technological things. The government bureaucrats and politicians who constantly warble about “safety” and who shower us with mandated this and mandated that depend on this childish understanding of things – this faith in unknowable things – in order to shore up their own status as  quasi divinities who do know.

Of course, it is these very divines who have made cars less safe via their mandates. One example of this being the mandate that every new car’s roof must be capable of supporting the entire weigh of the car if it rolls on its back. But now it is hard to see what’s around the car – including cross traffic. 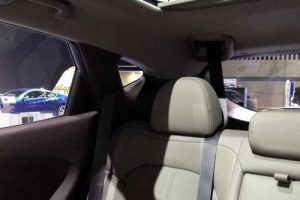 Or the mandate requiring the rear end of a car to be able to absorb a massive hit from behind. Which has made the behinds of cars enormous and enormously high – which has made it very hard to see what’s behind the car.

The car companies are just as guilty as the government divines, too. They are the ones installing – as a for-instance – electronic parking brakes in more and more of their latest models. Eliminating any direct, mechanical control. Push the button, a signal is sent, the computer turns on an electric motor, which engages the parking brake. There is no mechanical connection; no more emergency brake. No way to stop the car in an emergency. If the motor doesn’t work, if the power shuts off – no emergency brake.

Yet few seem to care – at least, among the Eloi.

It is interesting that motorcyclists and pilots – who tend to be people aware of the fact that technology is not fallible – are exactly the people who insist on redundancy even in the absence of mandates. Skydivers are another case in point. There is always a second chute – because it is always possible the primary might fail. People who jump out of airplanes are aware of this – and plan accordingly.

Such people are not Eloi – and therefore hugely skeptical of government divines and their mandates. They are personally interested in their safety. Which is why they insist on redundancy.

The car business – and car buyers – might want to give it some thought.