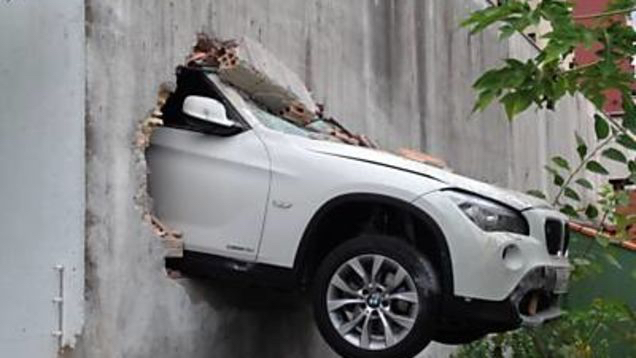 A Florida man claims his BMW X3 accelerated unintentionally – contrary to his intentions, that is. News story here.

The reasons why are being debated. Could it have been a glitch with the BMW’s “drive by wire” electronically-controlled throttle? Possibly. Many new cars no longer have a cable that connects the gas pedal to the engine. Instead, sensors translate the degree to which the gas pedal is depressed into how much the engine revs – and how fast you go. 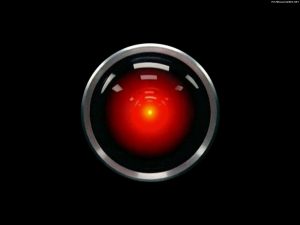 It is certainly creepy to realize that basic functions such as throttle (and also – in newer cars – steering) are controlled by a computer.

Thus – at least potentially – not by you.

If the computer goes haywire, what then?

BMW – like Toyota, after similar incidents – claims that run-amok acceleration caused by a defective electronic accelerator pedal is impossible. That it had to be the driver’s inadvertent foot (as when Audi was accused of the same thing – and nearly destroyed by the false accusation – back in the ’80s) or a misaligned floor mat that was the cause of the trouble.

It’s being looked into. 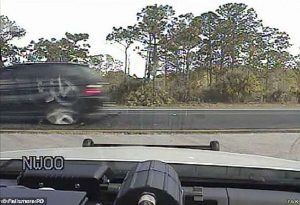 Meanwhile, why aren’t people being taught how to deal with problems such as this? It is telling that neither Joseph Cooper – the BMW’s owner – nor the Florida State Police, who were communicating with Cooper via phone in real time as these events unfolded –  knew how to slow down and stop a car with a stuck accelerator – whether stuck electronically or otherwise.

Cooper’s BMW may not have had an old-school ignition switch/key. Many late-model cars also use electronics to turn the engine on, too. But there is still an On – and an Off – button. If you push the button for Off, the engine will generally turn Off.

This is the intended purpose of Off.

Still, the fact remains: The engine will probably turn off. Unless HAL 9000, of course. 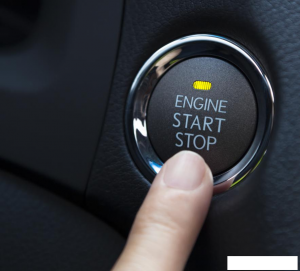 Drivers are not told this – and few (apparently) exert the initiative needed to cause the owner’s manual to convey the protocol to them, so that in the event their vehicle accelerates in an unwanted manner, they will know how to put an end to the show.

Instead, they touch the button, briefly – and nothing happens. Cue mess in pants.

A second method – in the event the engine cannot be turned off due to some evil electronic genie – is to disconnect the engine from the transmission  – and thus, from being able to continue imparting force to the wheels, thereby causing the vehicle to cease accelerating – even if the engine still is.

This is achieved by moving the gear selector into neutral. It works the same whether the car has an automatic or manual transmission. The problem here, though, is that gear selection is also often no longer mechanical in many – most – new and late-model cars. A sensor detects the range selector being moved from Drive to Neutral or some other range. Then the computer signals the transmission to shift to the range selected.

But what if the sensors do not detect it?

It’s at least worth a try.

You can also depress the clutch – if the car is equipped with a manual transmission. That one is evil genie proof. 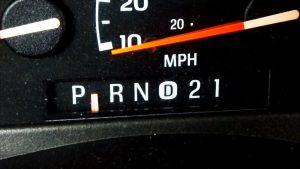 Incidentally, this will not blow up the engine – unless the car is extremely old.

Every car built since the late 1980s has computer controls and one of these controls is a rev limiter. It prevents the engine from being over-revved (we used to call this red-lining it) for the express purpose of keeping the engine from over-revving, with the attendant mechanical catastrophe in the event it did.

Try it yourself and see. With the engine warmed up, and the transmission in Neutral (or Park – assuming the car is not moving) floor the accelerator pedal and hold it down. The engine will rev to near redline but the electronics will prevent it from exceeding redline. 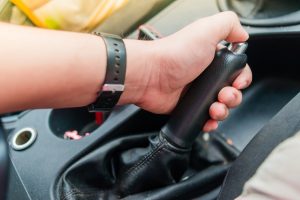 In any event, Cooper could have put the transmission of his X3 into Neutral. The BMW would then have coasted safely to rest. He could also have geared down, to reduce his speed. By moving the shift selector from Drive to 4 then 3 then 2 then 1, he could have used mechanical leverage to whoah nelly! the BMW.

It appears this is becoming a lost art, too. Which is ironic, given that almost all late-model cars with automatics have a manual shift control function, specifically designed to let the driver control when the transmission shifts up and down.

He also could have applied the brakes.

One wonders why he did not.

Even at 80 or 90-something MPH – the speeds reached by Cooper in his supposedly run-amok BMW – the high-performance four-wheel disc brakes the X3 was fitted with ought to have been sufficient to at least ramp it down to a manageable speed such that he could have safely driven into an earth berm or similar to scrub off the remainder of the speed.

He might have fried the brakes in the process, it’s true – assuming an engine that was actually fighting him – but they should have had bite enough to bring the BMW’s speed down to a lot less than 80-90 MPH and safely, too – because his BMW had ABS and so no matter how hard he applied the brakes, the wheels (and tires) wouldn’t stop rotating completely, lock up – and send the thing into a skid. 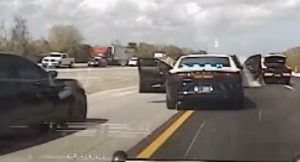 This is supposition, but perhaps Cooper was too afraid to apply the brakes. Hard, that is. All the way to the floor – both feet, if need be.

People are not taught such “aggressive” tactics anymore, despite such tactics occasionally still being very necessary.

It is there specifically to be used in the event of . . . an emergency. Such as a run-amok vehicle.

Cooper could have pulled the lever up, which would have slowed the car down. The emergency pull-up brake is a mechanical fail safe. It does not rely on electronics. When the driver yanks the lever up, a cable is tightened and this cable applies tension to the brakes, which are then applied – and the car slows down. 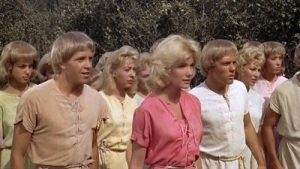 There is the possibility that the wheels might lock up (no ABS) and the car therefore skids. But it will slow, too. A skilled driver knows this – and knows how to modulate the force he applies via increasing and decreasing (if need be) how much is applied via the emergency brake lever.

Cooper did not know this. Neither – apparently – did the cops.

Passivity is encouraged instead. Death grip on the wheel, dial 911 and talk to an operator who has even less clue what to to. The kind of active driving needed to be able to cope with situations such as this – whether caused by run-amok computers or a bunched up floor mat – has been practically equated with pederasty for a generation and the results are blossoming all around us.

People used to know how to deal.