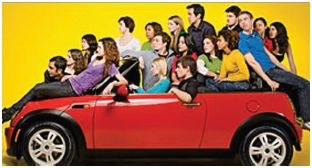 Some of you may remember that episode of the original Star Trek TV series in which Kirk, Spock and McCoy pick up up a space bug that ages them prematurely. They go from youthful 30-somethings to 80-something Alzheimerian geezers in a matter of hours.

The people pushing ride-sharing as “the future” of the car business might want to give some thought to this business of premature aging.

Or rather, the marks they expect to offload the costs of it onto should be thinking about it. 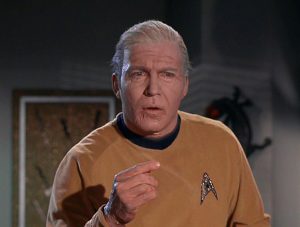 Ride-sharing is based on two things:

First, renting a single car to as many people as possible – as opposed to selling it to just one person – and thereby multiplying the revenue stream severalfold without having to produce more product. Instead of one person paying $300/month toward ownership, debit the accounts of maybe two dozen people each month for say $50 each, on average, for temporary use of the thing.

Second – and a function of the the first thing – keep the car almost constantly on the road. Ideally, the seat should never get cold.

And the meter should always be running.

The model seems to be taxi cabs. And to put the actual taxis – and taxi drivers – out of business. 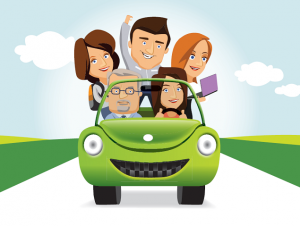 Which brings us to premature aging – via accelerated wear and tear.

Most people put maybe 10,000-15,000 miles on their car each year. Most new cars don’t need major scheduled service before they reach 100,000 miles. It’s rare for things like alternators and water pumps and air conditioning compressors to kaput before then. And if they do, the parts and labor are usually still covered by the car’s warranty.

Which is good, because these things now cost real money – $400 for an alternator vs. $40 back in the Dark Ages of the ’70s and ’80s. Getting at the water pump sometimes requires partial disassembly of the engine.

A set of tires is usually good for four or five years. Also good, given tires that cost $150 each, plus mounting and balancing.

It takes a decade-plus of driving and (usually) 150,000-plus miles before the engine begins to show signs of tiredness, the clutch starts to chatter, the transmission starts acting up and the car begins to hit you with increasingly regular and dauntingly high-dollar repair bills.

Such as $4,000 for a new/rebuilt transmission, for instance.

But a car yoked to the ride-sharing gig will likely see 100,000 miles in just one year. Remember: The whole point is to keep the car “earning” – and that means, keep it running.

Which means – wearing out.

The car will need more frequent routine maintenance – and it will reach the economic Event Horizon – the point beyond which making repairs is not worth the expense – much sooner. 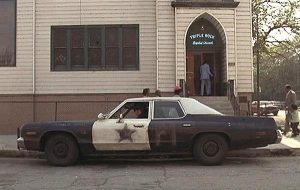 What are the implications of this? Who will pay for the more frequent maintenance? The exponentially accelerated wear and tear?

Let’s not forget, while we’re at it, the necessarily higher insurance costs that someone will have to pay. You may be a conscientious person and a great driver. What about the guy who rents the car after you do? Maybe he will only spill coffee on the seats. Maybe he will neutral drop the transmission. . .

Who is going to pay?

It won’t be the ride-sharing services.

These costs will be folded into the hourly/daily rental they charge to use the vehicle. They have to be, or else the math doesn’t add up. The marks are lulled by what seems to be the low hourly/daily rental charge. But unless they only need a car a handful of times a month, they’ll end up paying more than if they had just bought the thing.

Instead, they  won’t own anything. They’ll just pay. And pay.

It’s not unlike the electric car con. Tout to the innumerate the money they’ll “save” by not having to buy gas – but avoid mention of the cost of the car itself (or the electricity, which is cheap for now but won’t stay that way once they’ve suckered a critical mass of the population into EVs and the grid starts to brownout from insufficient capacity to meet the load).

Meanwhile, the ride-share pimps tell us that personal vehicle ownership is wasteful because the personally owned car is not in use most of the time.

It is parked in the garage, waiting to be used.

Which is true, certainly. 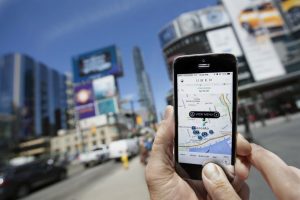 It is also true that – because it is used less – it lasts longer. A car that is driven 10,000-15,000 miles annually will generally go at least 12-15 years before wear and tear begins to catch up with it – and the cost to keep it running begins to reach the point that repairing it is no longer worth the expense.

In the meanwhile, you have a reliable and largely maintenance-free car that is available whenever you need it for just a couple of bucks per day. Which hardly seems “wasteful.”

Speaking of waste – how about the time wastage that attends this ride-sharing business?

Unless the ride-sharing people have a Star Trek teleportation system in the works, you will have to wait at least a little while before you go anywhere in our ride-sharing future.

Tap the app – and wait for the car to be delivered. Or go pick it up.

Either way, it’s not immediate – and far from convenient.

Nor will it cost us less.

Beam me up, Scotty.

Another Lawsuit for Elon