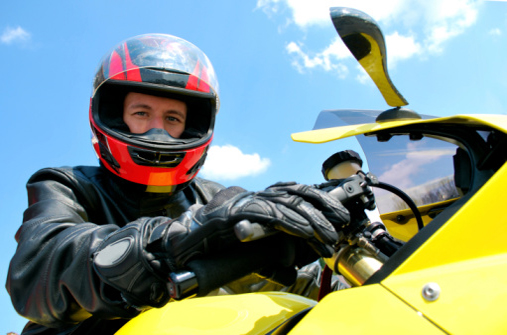 One of the weird things about buying a new motorcycle is buying it before you’ve actually ridden it. This happens a lot with bikes. It almost never happens with a car buy – because it’s contrary to practice and what people expect. With cars, a test drive is obligatory, part of the process. In fact, most car dealers – most car salesmen – will do their all to get you behind the wheel, to foster an emotional attachment between you and the car. It’s a proven winner. Sometimes, they’ll even offer to let you take a demo home for the night – knowing this will almost certainly cinch the deal. 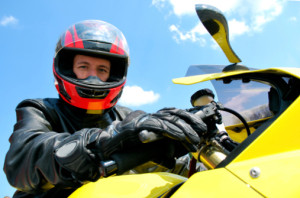 A bike dealer, on the other hand, might let you take a demo bike out for a ride if you are not a young kid (under 35) and you have a motorcycle endorsement and they’ve run your DMV record and it’s absolutely “clean” and you have primo insurance, an 800 credit score – and you’ve proved to their satisfaction you’re seriously looking to buy a bike, not just ride one.

It can be a PITAS.

But, in defense of the bike store and its staff, they probably don’t know you personally – much less how well (or not) you can ride. And even a good rider can get into trouble on a new/unfamiliar bike. And unlike a car test drive, the bike store can’t send a saleseman out with you in the shotgun seat for the demo ride to show you how this/that works, the bike’s quirks, etc. Huge liability for them if you inadvertently throttle wheelie a new ZX10 at 80 MPH and lose it all over the interstate . . . or drop a 900 pound dresser because the weight got away from you at a traffic light. 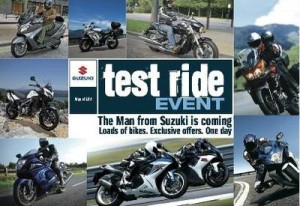 Also, unlike a car dealership (most car dealerships) bike stores frequently do not have a parking lot full of demo bikes. They may only have one bike of the particular type you’re interested in – and are understandably reluctant to put miles on the clock because once they do, the bike’s no longer “new” – at least, not in the eyes of other prospective buyers in the event you do not buy the thing.

Would you want to buy a “new” bike  – and pay new bike money for it – if someone else has already ridden it?

So, that’s what you’re up against.

But, it is very important to get seat time on any new bike you’re not already very familiar with before you commit to buying. Bikes – to a much greater extent than cars – are highly individualistic. The seat height, the positioning of controls relative to your limbs, the bike’s weight, the engine’s power – and power delivery characteristics – its handling  . . . all of which can vary to an extreme extent, bike to bike. With cars, the money is a kind of fail-safe. Most people who can afford a new Corolla can’t afford a Porsche 911 GT3. So they cross shop Corollas and Civics and Malibus. 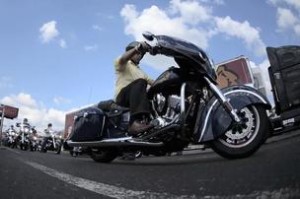 Still, you want to ride – hopefully, shiny side up – before you buy.

It’s no fun realizing the bike you just bought is not the bike for you. And not only that, bike depreciation is steep – and immediate. Once it’s yours, you’d better be committed – and happy – or else be prepared to take a hit. Even if it’s only a couple weeks off the dealer’s lot and you’ve barely put 300 miles on the thing.

Some dealerships have occasional mass-ride test days. But you will probably be limited to certain models only – and it will be chaotic, because you’ll likely be lining up with a dozen (two dozen?) other people itching-to-ride. The ride itself may be restricted to the dealership’s parking lot. Or the amount of time you’re allowed to take a bike out.

What you want is a thorough ride in real-world conditions, meaning how you’d ride the bike in the real world. You want an hour’s seat time, at least.

The surest fire way I know – and this is based on years of personal experience – to wrangle this is by first developing a personal relationship with a bike store – long before you come in to ride and buy.

It’s convenient (and often cheaper) to buy stuff like oil, filters and other things like that online – but it’s better (for you) to buy it at you local bike store. Get to know the counter people and sales staff – they’re often the same people. Usually, the staff is small – even at a bigger bike store. Buy tires for your current bike there and have them do minor service, maybe. 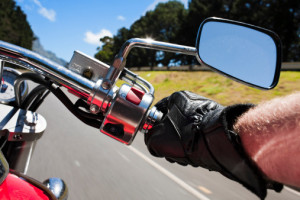 Once you get to the point of “Hi, Bob! How are things today?” getting a test ride will be much easier.

Have your money (cash or financing) lined up and ready – and be ready to buy and make it clear you will buy, if the bike feels right. If the dealer thinks you’re a joyrider, forget about it. And can you blame him, really?

Come geared up. No shorts and a T for a ‘Busa test ride. Your gear speaks to your experience – and your maturity. Serious riders have serious gear. Squids have $70 helmets and come to ride superbikes wearing street jeans and a wife beater.

You may not have ridden it yet, but you should have read up on it. Know its specifications, what it can do. It will ease the sales staff’s jitters if they know you know this is a 180 hp (and 200 MPH) bike… before you twist the throttle. Be honest with yourself, too – about your experience as a rider. If you’ve never ridden a supersport – or a 900 pound dresser – don’t pretend that you have. It’s a good way to get in over your head and end up breaking something.

And that something may be you, too.

Do not come to the store with anything less than a clean DMV record and a great credit score. If you haven’t got one or the other – much less both – your test ride opportunities are going to be slim.

Ask about a test ride – don’t get all huffy and demand one. At least, not right out of the gate. Talk with the sales staff about the bike, explain your interest – impress them with your level-headedness and knowledge of bikes. Offer to show them your motorcycle endorsement before they ask for it. Tell them it’s fine to run a DMV and credit check – again, before they bring it up.

Then the ball is in their court. You’ve made it clear you’re a for-real buyer (and for-real rider). You haven’t been pushy about it, but you’ve let them know you expect to be able to try the bike our before you commit to buying it. This is entirely reasonable – and if you’ve been reasonable, probably, they will be too.

And if they’re not, then try another store.

About the writer: Eric Peters is a veteran car/bike journalist and author of Automotive Atrocities and Road Hogs.

If you like what you’ve been reading here, please consider supporting EPautos.com – we’re a reader-supported outfit and depend on you to keep the wheels turning.