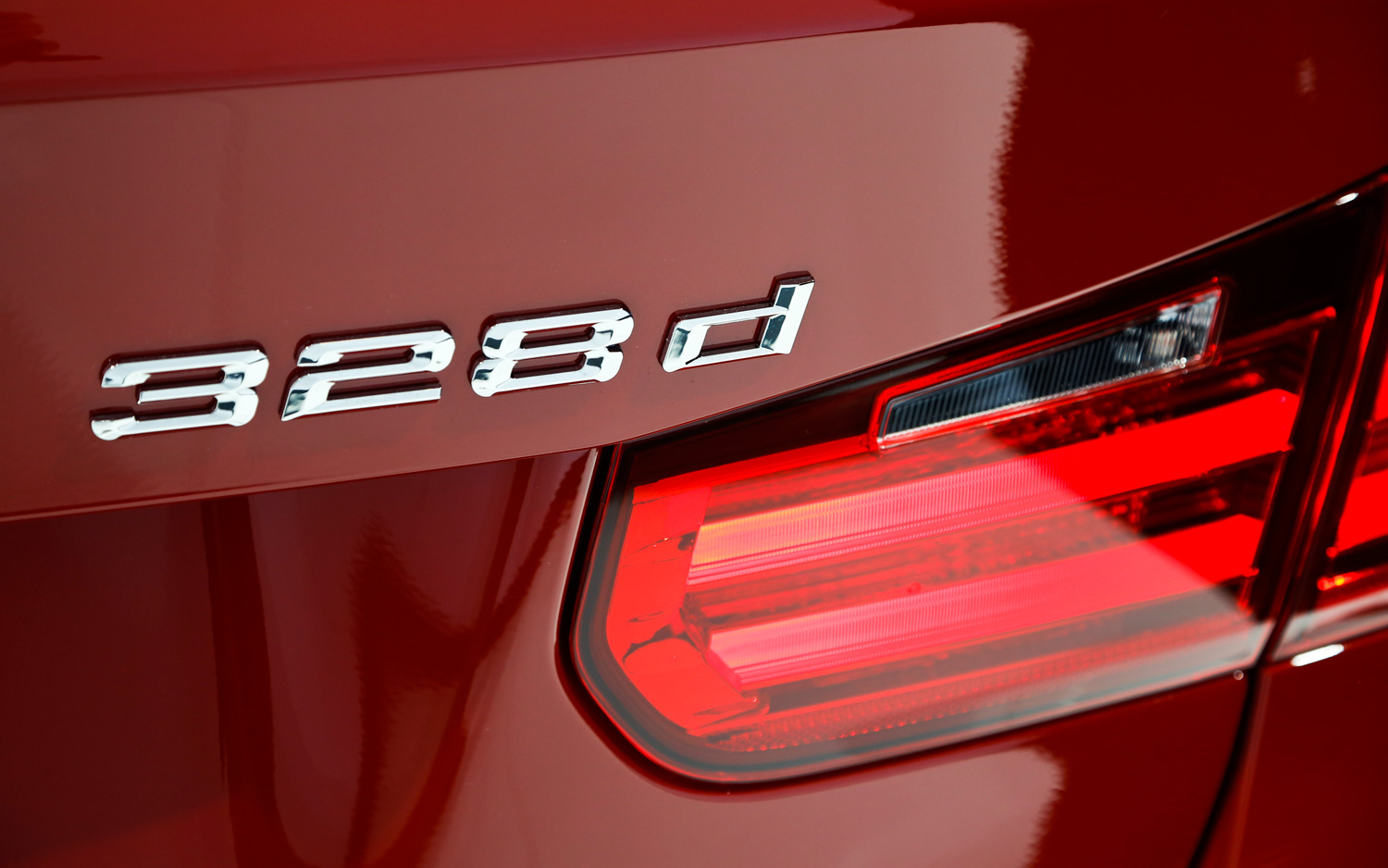 Downsizing is hitting diesels too. 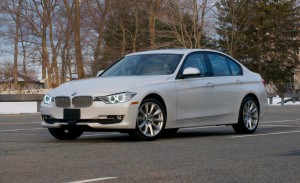 I wrote a week or so ago about the 2014 BMW 320i – a new, economy-minded (for a BMW) and smaller-engined/lower-powered version of the 3 sedan.

Oh, the pain (cue – for those who remember him – the keening wail of Dr. Zachary Smith from Lost in Space). 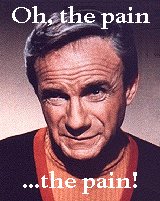 The 328d is the “new” diesel version of the BMW 3 Series sedan/wagon. The previously available turbo-diesel six has been retired in favor of a turbo-diesel four. It’s much less powerful – but much more fuel-efficient. 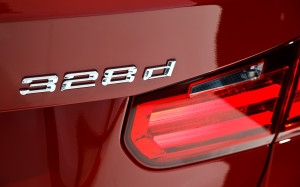 A new 320d sedan starts at $38,600 for the RWD model – $40,600 for one with the optional xDrive all-wheel-drive system. Imagine that. A new BMW that costs less – thousands less – than its immediate predecessor.

You might also want to wait and see what Audi has in store for the A3 for 2015. The updated version of this model will launch this spring/summer.

The emphasis – even for luxury car brands like BMW – is shifting toward a more balanced nexus between power/performance – and price/efficiency. 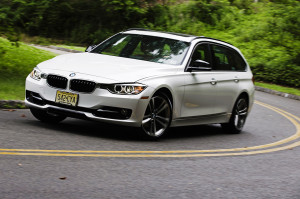 45 on the highway is better than any current gas-engined economy car – and very close to the parkway parsimony of most current hybrids.

32 in the city is equally startling – particularly for a prestige-brand, RWD luxury-sport sedan.

Same superlative handling/reflexes as any 3 Series.

Though down on power relative to the old turbo-diesel six, the turbo-diesel four still belts out move-you-right-now low and mid-range torque (280 ft.-lbs., more – and lower down in the RPM band) than the 328i’s 240 hp gas engine. 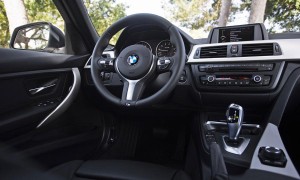 Performance is noticeably ebbing among the entry-luxury (not just BMW, either). It’s not that the 328d is slow (it’s not). But it’s no longer quicker than a Camry or an Accord.

Diesel not offered with a manual transmission – which would have made it more engaging to drive.

It’s a bit spartan for almost $39k to start. No standard heated seats. No standard satellite radio. Both cost extra. 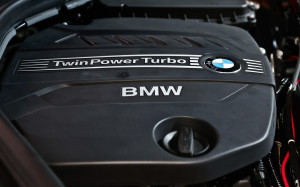 One of the neat things about modern diesels like this one is that in addition to the usual down-low grunt, they also have decent lungs on top. Check the 328d’s redline. It’s 5,500 RPM.

Combine that kind of power (and torque) spread with the long-legged gearing of an eight-speed gearbox with a .67 top cog and you’ve got a car that will run 90 all day at 2,300 RPM. 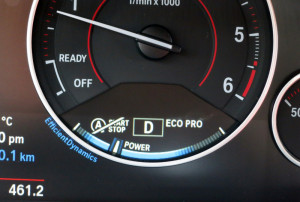 But – as already mentioned – the 335d could only manage 45 MPG on the highway if it happened to be riding on the roof of a Prius . . . and its 23 city rating was about what you’d expect to get with almost any middling-powerful gas V-6 powered sedan.

The new 328d’s 32 city rating, meanwhile, is absolutely exceptional – by any measure. Not to go too over-the-top about it, but within very recent memory, 32 MPG would have been considered a damn decent score on the highway . . .

The initial, coming-off-the-line thrust is still quite potent – no issue with The Slows in this car.

Mid-range response is also excellent – and high-speed cruise is more than anyone (in this country) needs or rather can make much use of for any length of time . . . at least, not without laser and radar jammers and a serious lawyer on 24 hour retainer. 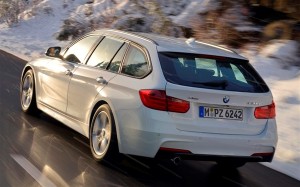 First, the easy – almost effortless – passing power is not there anymore. You will have to work it – and plan for it. In the 335d, passing was merely a matter of depressing the accelerator. Part-way to the floor. A knock-out, every time. This was satisfying and also appropriate given you had laid out, what, $44k for the thing? You ought to be able to make short work of Camry jockeys for that kind of money.

In this one, you’ll need to be more like am ambush predator – waiting for your moment, then seizing it. If you get the drop on the Camry jockey in the next lane over, the diesel’s roll-on thrust should see you through.

BMW is no doubt counting on the compensatory factors of the 328d’s much-lower MSRP – and the much higher MPGs – to make up for no longer being one of the Kings of the Road. 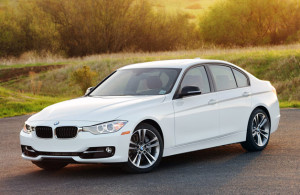 It will be interesting to see how this bet plays out.

Now the other thing is the noise. The 2.0 diesel engine makes some. Not a lot – and it’s not tractor-trailer obnoxious. But – unlike some other diesels I’ve test driven recently – you can tell by ear that this one’s a diesel. The rattling is most obvious accelerating full-pedal from a standstill – though it mutes to nothingness once you ease off a little. Still, given this is a BMW, I think BMW might want to pad the engine compartment a bit more.

The other bit of less-than-great news is the engine needs horse pee – urea. Also known as Diesel Exhaust Fluid (DEF). There’s an additional fill-hole adjacent to the receptacle for the Ultra Low Sulfur Diesel Fuel, both located behind the fuel filler door. DEF is necessary to keep the BMW’s emissions in check – and must be added periodically, the frequency of top-offs depending on how the car is driven.  It’s a minor hassle – and additional expense (though not a big one) that diesel owners get to put up with in exchange for not having to fill up as often as their gas-burner counterparts. 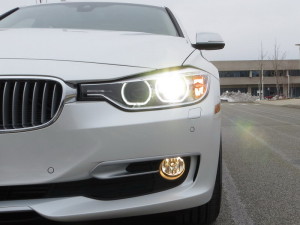 The 328d comes as either a sedan – or a wagon. This versatility in bodystyles gives the BMW a leg up over the Benz E250, which – for now – is a sedan-only deal. (Ditto the attractively priced – and very attractive – Benz CLA.)

I didn’t get to test-drive the wagon, but given it shares almost everything that would be relevant in terms of driving/handling with the sedan, the two should be fundamentally similar.

The sedan is actually slightly longer overall than the wagon – 182.5 inches vs. 182 inches – and the wagon has a scootch more front seat headroom (40.4 inches vs. 40.3 for the sedan). Both have the same reasonably generous back seats, with 35.1 inches of legroom. But the wagon – naturlich – has more cargo capacity behind the back seats: 17.5 cubic feet vs. 13 cubes for the sedan’s smallish trunk. Fold the second row down and the wagon’s cargo deck expands to 53 cubic feet. 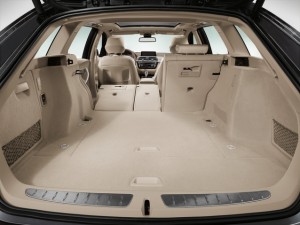 When I reviewed the 320i (gas engine but same basic car) a few weeks ago, I made mention of the Three’s arguably “just right” size. It’s larger than a compact (unlike the price-comparable Benz CLA or the C-Class), with much more room in the back seats especially. But it’s priced not too far beyond the outer bounds of what a loaded Camry or other bread-and-butter (non-luxury) mid-sized sedan would cost you.

This is very clever of BMW – and just like the new high-efficiency engines – the accessible price and value for the dollar is bound to attract new people to the blue and white spinner.

But – and here comes my Big Beef – the loaded Camry (or Accord or Hyundai Genesis, etc.) will come with heated seats and satellite radio plus other things the $38k to start BMW doesn’t come with. 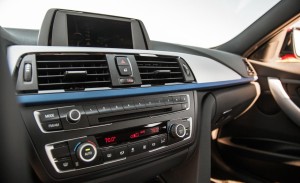 You do get a few upgrades when you buy the 328d over the base 320i – such as an eight-way power adjustable driver’s seat with memory and an auto-dimming rearview mirror. But that’s thin gruel, frankly, for a car not far from $40k.

At least, given what $30k buys these days at a Toyota or Honda or (gasp!) Kia store.

The Technology Package adds a 20 gig music storage hard drive and an upgraded  8.8inch display monitor (it’s an iPad-like thing on top of the center stack). Order the Premium package and and your Three will come through with leather, keyless ignition and (if it’s a wagon) a “sweep your foot under the bumper” automatic liftgate opener. The Sport package adds a grippier wheel/tire package, as well as an additional Sport+ setting for the multi-mode automatic.

The Cold Weather package gets you the heated seats. 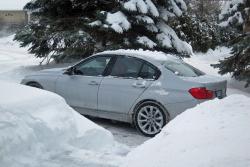 But, be advised – these packages are pricey. Order a couple and you’ll be well over the $40k threshold. Not that there’s anything wrong with that. It is a BMW, after all. And – on the other hand – BMW does give you, the buyer, the option of buying a less-adorned Three.

This car is a sign of the changing times. Whether because of pressure from Washington (CAFE) or pressure from the economy (people have less to spend) or some combination thereof, there is an ever-more-noticeable tack toward the Sensible side under way. 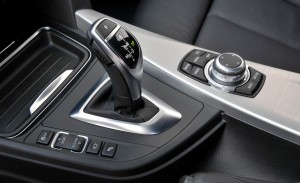 I suppose this is a good thing. What good, after all, is a “nice car” if you can’t afford to own it?

Or, for that matter, to drive it?

Remember: Diesel fuel costs more than gas nowadays. A lot more. About 50 cents per gallon more. The less you pay for the diesel-powered car – and the farther it can go on a gallon of diesel fuel – the more economic sense it makes to buy it and to drive it.

The previous 335d was a hoot to drive – and I’ll miss it. But its $44k to start sticker and merely so-so fuel economy made it hard buy if you really gave a damn about what you were spending.

With this car, you do ok.

It’s still an indulgence – but one that fits the times.