I’ve never worn colors (not having earned them) but I do ride – and because of this, I believe I share kinship on a fundamental with the 1 percenters. They get it. So do I. 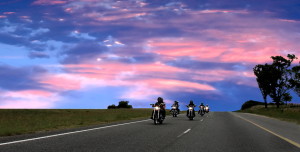 So does anyone who regularly throws a leg over.

It doesn’t have to be a Harley, either. So long as it’s got two wheels, an engine and a clutch – you’re ticket is in hand. You’ve bought into something – and out of something – those who haven’t will not ever (and cannot ever) understand.

Those who ride – and those who do not. It’s an unbridgeable chasm.

Riding is one of the very few ways left for us to finger The Man in the eye. 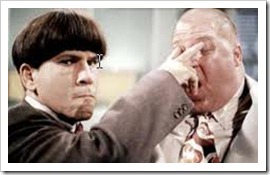 Some of us have a primal – an animal – need to do this. To not just sit there quietly taking it, feeling ourselves grow old and flaccid until one day, we are – and it’s too late. We chafe at the rules, the constructs, the “allowed to’s” that, together, try to hem us all into this thing we didn’t sign up for called “society” – for the supposed “good” of which we almost never get to do what we want, based on our own best judgment.

Bikes correct this. They are all about what we want – to the nth degree. There is nothing more satisfyingly selfish than a motorcycle. You may occasional take a passenger, but the bike is yours profoundly – even more so than a gun. But there is commonality there. Especially as time goes by and the two of you wear-in together. There are also the rituals of maintenance, the wiping down, the polishing of stainless steel and chrome. Knowing exactly how many pounds of air the back tire likes – and the front one, too. That it takes just so much choke – and a firm kick, right about here – to  get it to start the first try, every time.

Tickling the Amals is something no one ever says about a car.

My wife does not ride – and like most non-riders, she actively dislikes bikes and everything associated with them. I get The Look every time I gear up. She is happy when I come back – but I know she would be happier still if I told her that was my last ride. That I was putting the Zed (and all the others, too) up for sale.

She’s going to be unhappy for quite a while, god willing.

When we were dating I tried to bring her into the fold. Told her all about the Right Now that exists at 120 when the broken yellow centerline begins merging into a single slightly blurry ribbon and the bike starts coming alive, like one of those old Saturn V rockets just clearing the tower, all that power finally unbound and now unstoppable. The slipstream increases and time slows down. The mind focuses in a way that must have been felt by our paleolithic ancestors when the big cat they were stalking from behind got wind and suddenly turned back on them. We moderns – most of us – lack access to such attention-getters. 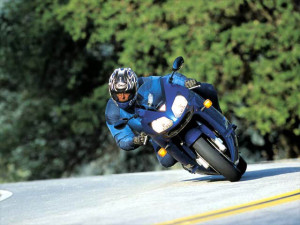 Going fast in a car is fun, but it is nothing like going fast on a bike. The speed itself is much more intimate – and feels so much faster. 150 in a modern car is really no big deal. Or at least, it doesn’t seem like it is. On a bike, 150 feels like 180 at least and either feels absolutely incredible. The crescendo of sound; the physical weight of the wind bearing down. The road, literally inches from your all-too-fragile body. The only other people who experience this sort of thing are fighter pilots. Military power at take-off, afterburners lit and vertical ascent – the eyeballs flattening as the machine shits all over the usually constraining physical laws. To say nothing of the man-made ones.

They, too, dance with the devil in the pale moonlight.

To ride means learning to finely balance on the razor’s edge, knowing that to hesitate, to doubt – even to think – can tip the balance the wrong way. The reptile stem brain takes over. Must be given free reign. He does not ponder existential angst. He has no fear of death – because he has no consciousness of death. He is a biological machine, magnificently evolved to gauge a situation and then react to it – decisively, instantly. The snake strikes – the rider instinctively heels the machine to the inside of the corner, weighting the left peg, knee out and down, the rest of the body rolling with the bike to that fulcrum point of perfect lean angle.

That first time your knee touches pavement and you get it right is probably up there with the birth of your first child.

Maybe (just between us now) above it.

The physicality that is part of riding scares away a lot of people. It scared my wife three shades of white all the way down to translucent. She assured me she’d never get on “that thing” again. Body parts flying, I think she said.

Fair enough. Some people also do not like Sushi. Neither is a thing you can develop a taste for.