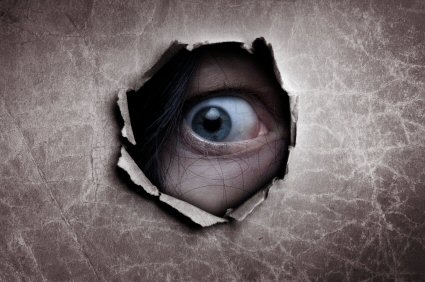 In his Friday speech, Obama ignored the essence of the FISA Court, the secret body that’s rubber-stamped warrants to do surveillance for the past 35 years.

Most of these requests for warrants come from NSA and the FBI, and only government attorneys may appear before the Court, none of whose decisions are made public. Therefore, the Court is a de facto piece of the Executive Branch, and as such its existence violates the separation of powers principle of the Constitution.

One of Snowden’s documents revealed that FISA had approved a blanket warrant requiring Verizon to make available, to NSA, records of all daily phone calls in its system.

No, President Obama said nothing about this. Instead, he led off his speech on the NSA and national security with these words:

“At the dawn of our Republic, a small, secret surveillance committee, born out of the Sons of Liberty, was established in Boston. And the group’s members included Paul Revere. At night, they would patrol the streets, reporting back any signs that the British were preparing raids against America’s early patriots.”

Paul Revere as a metaphor for NSA spying.

Yes, it’s not widely known that Paul was a Peeping Tom. He had a mental disorder. He was compulsively sneaking into houses of the colonists in Boston and watching them read by candlelight.

He loitered in saloons, stood outside churches on Sundays to pick up juicy bits of gossip, steamed open letters, and quizzed blacksmiths on what their customers were jabbering about. He stole recipes for Thanksgiving dinner from Indians.

If only he’d had 30,000 employees working for him, he could have blanketed the 13 colonies.

The NSA is spying on 300 million innocent Americans. There is that difference between it and the midnight ride of Paul Revere. Just a small point.

Who’s writing the President’s speeches? Is he trying to make the coronated leader of the free world look as ridiculous as possible? And is Obama even reading the words before he steps to the podium?

“Hey, Cody, this piece about Paul Revere? I know we don’t teach history anymore in this country, but you took it way too far. It doesn’t even make sense. Oh, what the hell, who’ll notice it?”

This weekend, you’ll see pundits on the news talk shows debating whether the President proposed significant enough changes in NSA spying methods. Did he go far enough? On the other side: can American still protect itself against terror attacks?

This is the puppet presentation, framing the conversation in the wrong terms and then taking off from there to see who’s more right.

It’s like mounting a discussion on whether $700 trillion or $800 trillion should be the debt ceiling of the US government.

Here’s a reasonable takeaway from Obama’s speech: politicians lie, and they don’t learn how the moment they’re elected to office for the first time, because that doesn’t give them a long enough lead-in to be good at it.

They ARE liars. They know how to do it, from way back. They’re practiced. Gaining political office is just another opportunity to ply their trade.

It’s a step up. Instead of merely lying as the owner of an oil company or a baseball team, or as a lawyer in an office, or as a community organizer on the street, they can now do it on a larger stage.

Many of them feel they’re born to politics. And that’s why. They lie, and they lie about lying, and what they lie about when, for example, they move into the Oval Office is much more important.

“I thought I was telling whoppers back in Chicago (Little Rock, Whittier, Crawford), but this is really something. Now I’m not just saying black is white, I’m saying it’s glowingly, blindingly white.”

The news talk show I’d like to see this weekend would pose the following question: how would you compare, say, a king claiming God has given him a divine right to rule vs. President Obama saying we have nothing to worry about in this, the Surveillance State?

It’s important to know the ultimate rationalization politicians give themselves when they’re lying about everything all the time. It is:

“The people, the public are animals, biological machines, and they roam the countryside, and they’re very, very dangerous, and they must be controlled. They’re operating on faulty programming, and the only solution is giving them new and better programming. Meanwhile, we have to lie to them, to keep them reasonably pacified.”

Welcome to Democracy. First, for about five minutes, as the ink was drying on the freshly signed Constitution, there was a Republic. Then, men began asking, “How can I twist this thing and lie all the time?” Democracy was the consequence.

In order to make Democracy stick, we have the Surveillance State, and presidents who give it cover.