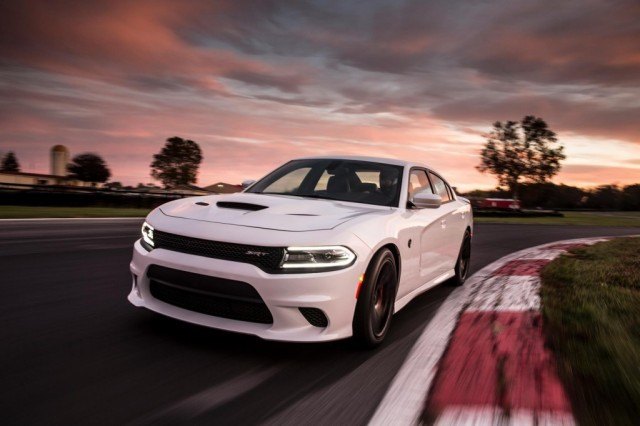 The Constitution says that “cruel and unusual” punishment is not to be administered. One assumes that includes disproportionate punishment. For example, that a person who violates a traffic law not be punished more severely than someone who – for the sake of discussion – berates and then kicks an old lady at the bus stop.

Not in Illinois, at any rate. 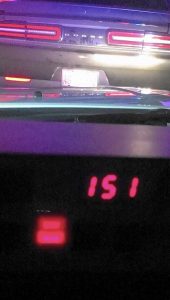 Christopher Garza didn’t berate an old lady, much less kick her to the curb. He is probably nice to old ladies. But he is looking at consequences as or more severe than if he had berated an old lady and kicked her in the keister: Up to a year in jail and $2,500 in fines, not counting court costs or the whacking he’ll get from the insurance mafia upon conviction for the heinous (but victimless) offense of driving his Dodge Hellcat muscle car (my review of this fabulous thumb-in-the-eye to Clovers everywhere can be found here) 158 miles per hour in the dead of night on an empty stretch of highway.

For the Hellcat, this is a yawn. It can do at least 30 MPH faster. I can vouch for this.

Garza made the run, so he said afterward, to give a thrill to a buddy back from one of the government’s interminable fights to quash the freedom of foreigners (as well as our own). “Really, I was just kind of getting my buddy’s mind off reality for a little bit.”

Like the reality of being waylaid by an armed government worker, placed in handcuffs and taken to a cage – having harmed no one at all or even looked at them funny.

Garza had the bad luck to “speed” within radar-vicinity of one such and was taken to the hoosegow, his car to the impound lot. 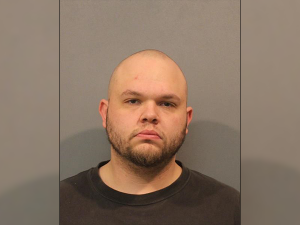 Contrast Garza’s treatment with that meted out to Old Lady Bashers.

In Illinois, Assault (e.g., verbal abuse) is a Class C Misdemeanor for which – upon conviction – the guilty faces up to 30 days in jail and a $1,500 fine. The offender may also be sentence to perform between 30 and 120 hours of community service.

There are no insurance mafia consequences at all.

If the assault is upped to “aggravated” it becomes a bit more serious. Almost as serious as getting caught harming no one but driving faster than allowed by law. The fine goes up to $2,500 – and it’s possible the offender might be sentenced to up three years in prison.

But the point stands. 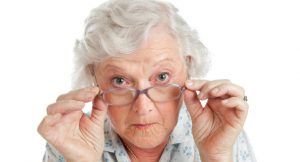 A long time ago, I used to know a bitter but brilliant paleo-conservative writer, Sam Francis. He coined a term that perfectly applies here: anarcho-tyranny. It is the idea that there are fewer and less severe consequences for actually criminal conduct – that is, conduct that involves someone actually being harmed – than for penny-ante “violations” of some statute or other – and no one’s hair so much as mussed.

It’s truer and truer of the society in which we find ourselves trapped.

The crazy thing is, Garza stopped. He may regret having done so. Probably he will lose the Hellcat. The state of Illinois may not take it. But upon conviction for violating the laws of the state of Illinois (but harming no one) it is likely his insurance will be unaffordable.

Those convicted of “reckless” driving (mere speed, in this case, which is not necessarily reckless unless the car was not under control, being driven erratically or some other factor could be adduced that would constitute reckless as opposed to merely fast driving)  are rendered uninsurable. Yet the law mandates that they carry insurance. Catch 22.

Enter something called “SR-22” insurance – which is another form of “cruel and unusual” punishment. It is not actually insurance, per se. Rather, it is a form you must file with the state attesting you have insurance – no matter how much it costs. 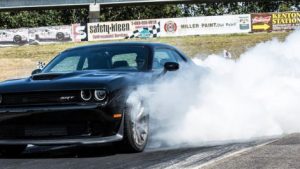 And it will cost a lot.

The usual hit for a “reckless” driving conviction is a doubling of whatever you were paying before . . .  for the next three years. That’s how long the SR-22 dunning remains in force. So, if you were paying $1,200 annually for insurance before, you will be paying $2,400 annually (if not more) after your conviction – for the next three years. That amounts to a broadside to your bank book of $3,600 and that’s on top of the $2,500 (plus “court costs”) that someone like our man Garza faces for not having hurt anything except his gas mileage.

He will learn a valuable lesson about stopping.

Meanwhile, the old lady kicker likely hasn’t got any funds to dun. He is a waste of time as far as the state is concerned, hardly worth the trouble of prosecuting. Much less convicting. In which case he will have to be housed and fed and provided with TeeVee and “free” medical care, etc.

Garza, on the other hand, is a paying customer.