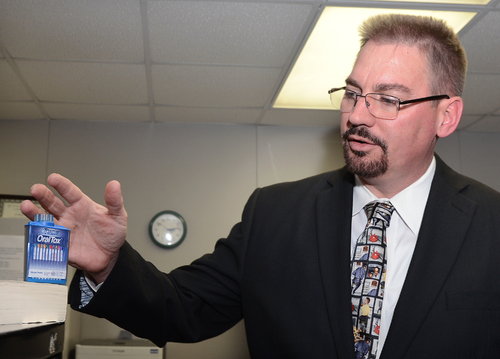 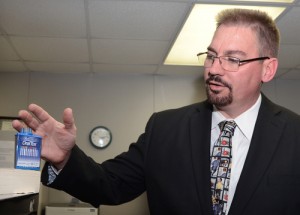 Smaller fish are just as hungry for your money – and your liberty.

For instance, there is Allan Marx. He is an Ordnungspolizei Obersturmfuhrer (police lieutenant, pictured at left ) in Sebastian County, Arkansas who is pushing hard for OralTox test swabs (see here) to be used upon motorists at Fourth Amendment-free “sobriety” checkpoints. It just happens that Marx is also a distributor for the product – and thus, stands to profit handsomely at the expense of his fellow citizens’ liberty. 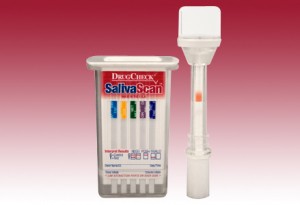 “If there’s ever a new way, a new tool that we can use to help not only law enforcement but help the public and the safety of the people out there, it needs to be used.”

No mention of the dollars involved.

Each case of OralTox swabs retails for about $300. Each case contains 25 individual tests. How many people are forced to run a single Fourth Amendment-free gantlet in a single county on a single night in Sebastian County, Arkansas?

How about the state of Arkansas?

Writ large – if this business goes nationwide – Marx, et al, stand to become very rich indeed. Oklahoma, North Dakota, Missouri, Michigan, Colorado, Utah and – of course – New York have already signed up. Who needs the free market and its bothersome demand for non-coercive free exchange when you can use the power of the state to force people to subsidize your product or service? Just get a law passed – and back up the Brinks truck. Policing for Profit. “Security” that pays. 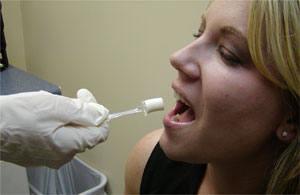 It’s the wave of the future.

But the money’s a side issue, of course. Despicable as it is to profit off the police state, the police state is itself far more despicable. How did we allow things to come this? To accept being felt up, now swabbed – and probably soon, DNA-typed – by costumed cretins as a routine thing? To stand (or sit in our cars) meekly awaiting our turn?

Consider where this may lead. Where it will probably lead.

The principle of random testing at gunpoint of people’s body fluids – vis-a-vis Obamacare. The government is now interested in your “health.” That is, your health is no longer your business.

It is their business.

Is it lunatic to hypothesize that, perhaps, the same government that insists it must inspect at gunpoint your saliva (or draw your blood) to determine whether you may have partaken not merely of alcohol but any illegal substance (the test strips can detect traces of marijuana, amphetamines, opiates and probably many other things besides) will want to know via the same means whether you’re a smoker? Have too much cholesterol in your blood? All such factors affect one’s health, potentially – and when health care is a collective enterprise, others – via the government – have a kind of stock-share assertion of ownership in your health. 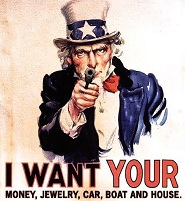 The question before us is, simply: Will we endure it? More precisely put: Is there anything we will not endure when authority barks “security!” – or “safety!”  in our faces?

I sense that many are growing weary – and becoming angry. I am among them. Perhaps you are, too.

I believe the time has arrived for action as much as the time for mere talk is, unfortunately, passing. Our pleas for reasonableness have fallen on deaf ears. No, worse. On ears that hear – but hold us in utter contempt. Who regard us as cattle. To be ordered and herded, always with the prod – never by appeals to reason.

I fear we face a stark choice. It will be either Submit and Obey. Or it will be resistance.

By which I mean a refusal to play along anymore. By saying No! – and meaning it.

The first step along that path is the ethical-philosophical awakening that is taking place all over the country. It began in pockets, here and there. It is coalescing into an awareness that the system is rigged, that neither the front men and apparatchiks of Team Red nor Team Blue have anything other than their own lust for power and riches at our expense on their minds.

It has got to stop.

But it will be up to us to stop them.