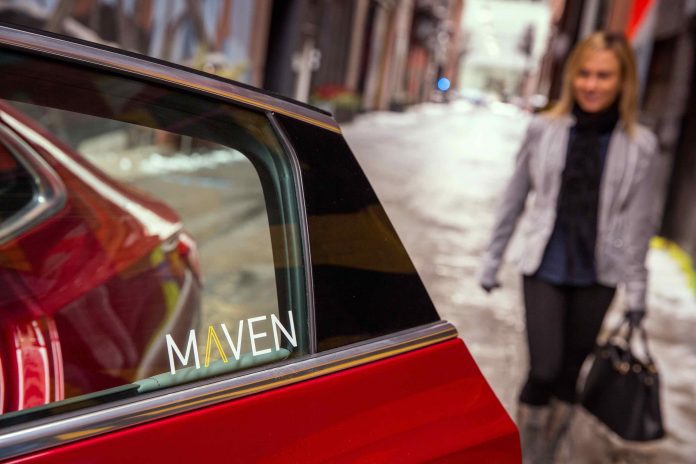 Renting is a much better deal than buying . . . for the landlord. You – the renter – never own anything. But you pay for everything.

This appears to be GM’s view of the future of cars, which it plans to rent to you rather than sell to you.

It’s actually sound policy – for GM – given the cost of new cars (not just GM’s) as well as the declining affection for cars, especially among those in the 35 and younger bracket – many of whom aren’t interested in ever owning a car but occasionally need one.

GM launched Maven – its in-house ride-sharing (renting) service last January in anticipation of a radically changing car market, one presaged by services such as Uber and Lyft. The difference here is that Maven is GM, while Uber and Lyft are simply ride-sharing services that use whatever make/model vehicle their drivers happen to own. 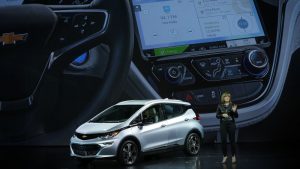 Maven is expressly a way to get people into – and paying to drive – GM vehicles. Without actually buying one.

This, as they say, may well be The Future. Not for everyone, but for more and more someones – who haven’t got the financial capacity to choke down a $400 per month car payment (plus all the not-optional “extras,” such as insurance, property taxes and maintenance) or just don’t want to.

But maybe they’ll go for the $6-$12 per hour Maven/GM charges to rent a car – especially since the “extras” – which one assumes are folded into the per-hour price – also only cost by the hour and so cost much less.

Or at least, seem to. Bear with, I’ll explain.

Not surprisingly, Maven pushes the least salable of GM’s inventory – the all-electric Bolt and the semi-electric Volt. Few Millennials – or anyone else – either can afford to buy one of these or is even interested in buying one of these. They cost much more than otherwise similar non-electric cars and are gimped by functional limitations (not only range but equally problematic 30-45 minute best-case recharge times, which most people will not put up with) that don’t affect conventional cars.

But political pressure continues to egg-on their manufacture, despite the lack of market demand – and that leaves the problem: What to do with them after they are manufactured?

Dealers don’t want inventory that doesn’t move. Unsold cars take up space on the lot and cost them money and besides, it just looks bad. But parent company GM wants to offload these electric Turduckens because each one built improves the corporation’s overall fleet fuel economy averages (CAFE) and also counts toward the “zero emissions” sales mandates in effect in states like California. Even if they don’t actually sell.

Credit GM for being cagey.

Renting a Bolt or a Volt for a day is something a lot of people who would never consider buying one might just do – for the same reason that people sometimes rent an exotic car for a day.

It’ll help put miles on the odometer, anyhow – and give the impression that people are driving these things. Which to be fair they will be. But they won’t be buying them.

They will, however, be paying for them!

Talk about milking a turnip. While individual people are tapped out – and getting out of the buying market, the rental market holds the potential for quadrupling the “ROI” (return on investment) made in a given car, electrified or otherwise.

$6-$12 per hour sounds pretty cheap – and it is, if you are the individual Mavenite renting a GM whatever for a day. Cost to you for an eight-hour rental: Just under $100 (assuming the higher figure of $12 per hour) which is a deal compared with a $400 per month payment – plus the “extras.” 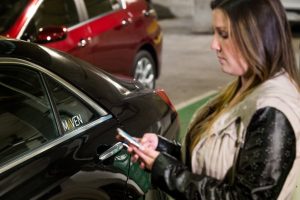 But if GM/Maven rents the car to a new person every day of the month, the payment (to GM) each month totals almost $3,000. The $35,000 car is paid off in a year rather than six years. And GM/Maven can continue milking that turnip for several years, potentially making triple or quadruple net profit on the same car vs. selling it to someone.

That’s ROI to write home about.

Maven’s mavens such as Julia Steyn, the former investment banker and aluminum company executive who runs the operation for GM, claim they also want to use ride-sharing/renting to get people into GM cars so they will consider buying them.

But look at those numbers. Bet your bippie Steyn and other GM honchos have, too. 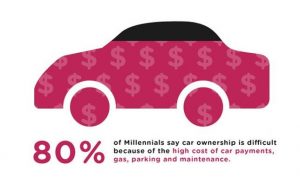 Cars aren’t going to get an easier to buy. The government continues to pile on mandates that add cost and complexity, the latter driving up repair costs (including insurance costs) and people – especially those under-35s but also people across all demographics either can’t keep up with it financially or just don’t want to try.

It’s perfectly understandable. Who wants to be chained to a $400 payment (plus the “extras”) for the next six (probably soon to be seven) years? What fun is it to be broke all the time?

And when cars are no longer fun… .

The evil genius of this that like federal tax withholding (and Fed inflation) people won’t generally notice. They may even think they are better off – as inflation-ignorant people often think when they look at their pay stubs and say – I make so much more than my granddad did!

Except, of course, granddad could afford to buy a car.