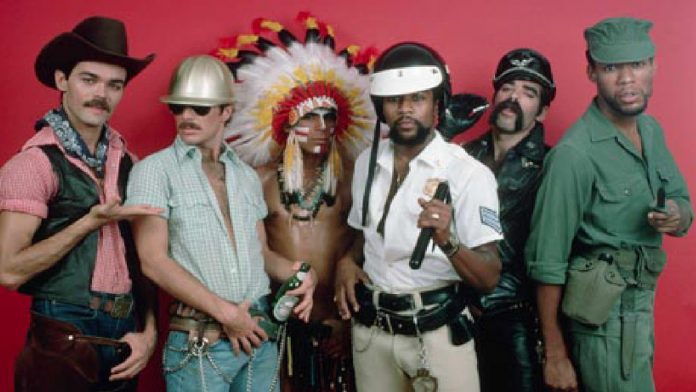 Have you heard about Stolen Valor? It’s when a guy who spent a year or two working as The Army Guy in a Village People cover band claims he did “three tours” as a Navy SEAL. There’s a similar thing going on in the car world. You may have noticed.

Light-duty, car-based crossover SUVs with “4×4” or “4WD” badges on their liftgates. 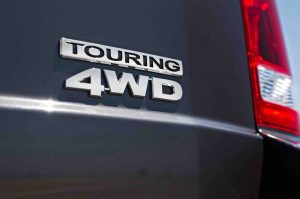 Yes, technically, these car-based, light duty crossovers are as advertised. All four wheels are powered. But historically, “4×4” and “4WD” have meant something different.

You’re getting something less when you buy a light-duty, car-based crossover SUV labeled as having “4WD”or being a “4×4.”

It bears some explaining.

And they are designed very differently vs. cars and crossovers based on cars.

Trucks (and vehicles based on or emulating the truck idea) are fundamentally rear-wheel-drive – even when they are four-wheel-drive. 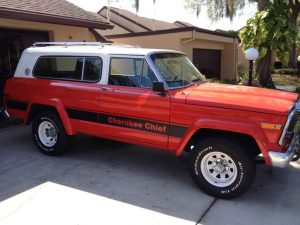 But the default is rear-wheel-drive.

In a car-based crossover, it’s exactly the opposite. The default is front-wheel-drive  – because most current/recent-vintage cars that serve as the basis for crossovers are FWD.

The car normally pulls rather than pushes itself along.

When the front wheels break traction, some of the engine’s power – as much as 90 percent or even more, depending on the particular system – is automatically routed to the rear wheels via a viscous coupling, which operates on the same basic principle as the clutch in a car with a manual transmission.

But the default is for the power to meet the pavement via the front wheels. 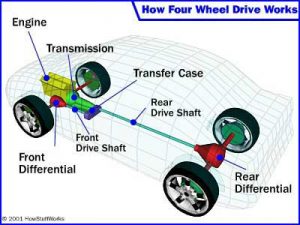 Such systems used to be marketed as all-wheel-drive, not “4WD” or “4×4” – precisely (well, honestly) because of the differences between the two systems.

And there are more differences than just which set of wheels normally pull – or push – the car along.

The next big difference is the additional gear – and gearing – that you get with a heavy-duty 4×4 system vs. an all-wheel-drive system.

The reference here is to 4WD (or 4×4) Low – a function of the two-speed transfer case, which all-wheel-drive systems don’t have. The transfer case – when engaged – multiplies the torque, or twisting force, of the engine – giving the driver additional pulling power at low speeds. This is a huge advantage when attempting to climb very steep grades, deal with uneven terrain off-road and slog through deep mud and heavy snow. 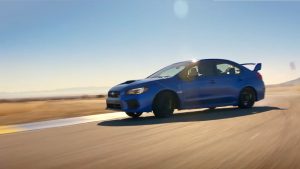 If an all-wheel-drive set-up lacks that capability, it is arguably cheesy to represent it as “4×4” or “4WD” given the historical usage and the fact that most people probably think they are getting the heavy-duty capability of a truck-type system when they hear those terms, or see the badge on the tailgate.

But that doesn’t mean all-wheel-drive is inferior.

It is simply different.

4WD/4×4 of the truck-type is not designed for that. 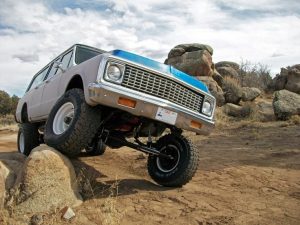 In fact, you can damage a truck-type 4×4/4WD system by engaging it on dry, paved roads – and running the corners at full tilt. This has to do with differences in rotational speed between the inside and outside wheels as you corner – and axle bind.

AWD systems don’t bind. They have the built-in ability to slip as needed, routing the power to the wheels – individual wheels, in the better systems – that have best traction without negative impact on other wheels.

This is why high-performance sports cars have all-wheel-drive and not truck-type 4WD/4×4.

Which is also much heavier than all-wheel-drive because of the beefiness of the components and the additional components (that Low range transfer case). 4WD/4×4 can add several hundred pounds to a truck or SUV’s curb weight. The latest AWD systems generally add less than 100 pounds and many much less. 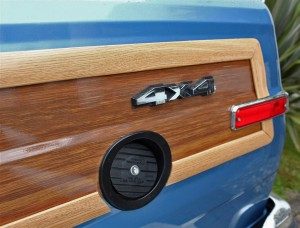 Thus, AWD also saves on fuel (and increases straight line performance) vs. 4WD/4×4 by dint of keeping the weight of the vehicle down.

All of these are definite, objective advantages which you’d think the manufacturers would tout rather than try to equate with truck-type 4WD/4×4.

But we live in the era of Cod Piece Fever – braggadocious machismo of the superficial sort. Arguably, of the stupid sort.

A running back is good at different things than a linebacker – but they are both good at what they do.