I am now officially an Obamacare Outlaw – the deadline for sending in my “shared responsibility” penalty/tax whatever-it-is having come – and gone. Without my having sent them a burnished penny of the $695 they claim I “owe.”

Readers will recall that about three weeks ago, I received a thuggy letter from the Luca Brasi division of the government, which has become the collection agency for the health insurance mafia. The mafia succeeding in getting Obamacare passed into law – and don’t be deceived that it was Obama or the Democrats or even the Republicans who did it, though they played their necessary puppet parts. The power behind them is the insurance mafia, which saw the goldmine and determined to mine it – using the power of the government to dig out the gold at gunpoint. 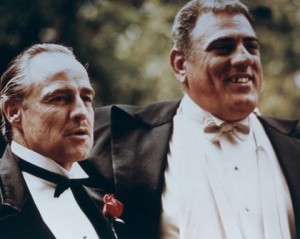 Of course, the government wets its beak, too.

It gets power – over everything it hasn’t already got power over since literally everything imaginable can be claimed to “affect” health care and now that our health is no longer our business but the business of the government, everything we do (and don’t do) at least in principle now falls under the purview of the government.

Obamacare will be used to implement – just for starters – backdoor/extra-legal gun control via “health based” rulings on who may – and may not – own a gun.

For example, the recalcitrant patient – or the refusnik patient, such a myself. Declining to obtain health insurance will be punished in more than just one way. Those who do not “sign up” will likely be characterized as mentally troubled – and “we” (it is always “we” when in fact it is really they) can’t have the mentally troubled running around (or even staying home) with loaded guns on their person. 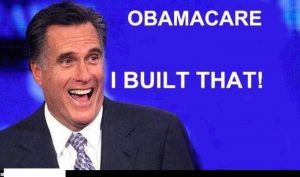 That kind of thing. Expect it, count on it.

And, don’t be tricked by the black face that has been put on Obamacare – a divide and conquer trick deliberately used to divert attention from the bipartisan decimation of our liberty to not be mugged by the insurance mafia via the joint efforts of Republicans and Democrats in the service of themselves and the mafia.

Never forget that the first arising of Obamacare – the prototype – was the work of the ultra-white Mitt Romney in Massachusetts and the deciding vote enshrining Obamacare nationally was the work of another white man, Justice John “we have the negatives” Roberts. 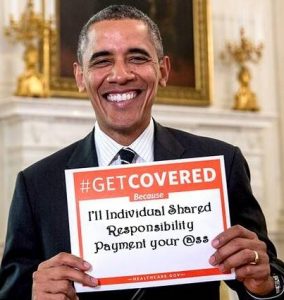 They – the mafia – and also the Republicans hope you’ll be stupid enough to  blame your being in thrall to the mafia (and the government) on the black guy, i.e., Obama. But he was just the front man. It’s the men behind him that were decisive – and almost all of them were white.

Anyhow, I elected to say No to their order to send the insurance mafia outrageous sums of money to be “covered” – to buy a health insurance policy I do not feel the need for, primarily because I am healthy and don’t feel the need to pay for services I don’t use but secondarily because – thanks to the mafia’s profit lust – I am now expected (required) to buy “coverage” I absolutely, objectively have no need of and never will.

Such as maternity care, for instance.

I am a divorced, middle-aged guy. I doubt I will be having a baby anytime soon.

And “substance abuse counseling.” It is “covered,” but I neither smoke nor drink alcohol at all. Not because I am opposed. I just don’t. I might need “counseling” for my coffee addiction – but that is not “covered.”

I might, on my own, have bought a high-deductible catastrophic care policy – which would make some degree of sense for a man in my situation. Actual, you know, insurance. To cover an unpredictable, extremely unlikely and catastrophic event. The likelihood being the insurer would probably never have to pay out. Which would mean a cheap policy for me. But that would mean less profit for the insurance company – wherein lies the problem as they see it.

Obamacare is unaffordable because it “covers” everything you don’t need – and because it is used to “cover” entirely predictable, routine occurrences such as physical exams and allergy shots. It is exactly like using a car insurance policy to pay for tire rotations and oil changes – which would also swell in cost to absurd proportions if car insurance “covered” such things. 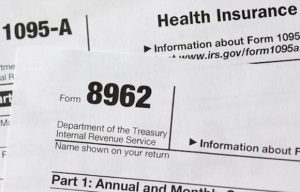 And, on the macro level, Obamacare is simply wealth redistribution. I am (and you are) to be mulcted for the sake of other people’s “care” – particularly, the “care” of the irresponsible – with a hefty profit percentage for the mafia on each transaction. Hence the verbiage about “shared responsibility.” It is not sufficient that I am responsible for myself. I must be responsible for others, too.

Hence, I did not buy it. And that triggered the thug letter, paw out, demanding $695. It was a very threatening letter (read more, here). And apparently, it is a new escalation of the mafia’s tactics. The letter appears to be very much like other letters the Luca Brasi division of the federal government sends to its victims. 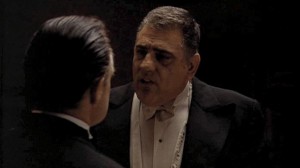 But – according to my accountant – it is for the moment a mostly toothless roaring. He advises me to ignore the letter; to not respond in any way. Which would be very bad advice in every other case involving a demand letter from the Luca Brasi division of the government.

The difference here, according to my accountant, is an unintended side benefit (to us, the victims) of this Obamacare business and specifically, the tortured ruling of “Justice” Roberts anointing Obamcare with the oil of “constitutionality.” Congress, you see, went to great lengths to craft the Affordable Care Act and the Individual Mandate (to hand over money to the mafia) as a not-tax. Because they saw such a thing would be immediately declared to not be “constitutional” – the negatives of goat-fucking or whatever they have on him notwithstanding.

Hence, there are none of the usual enforcement mechanisms in the act.

But Mr. “Justice” Roberts  anointed the ACA’s penalty for failure to pay the mafia (buy “coverage”) as a tax.

It is confusing – but salutary. 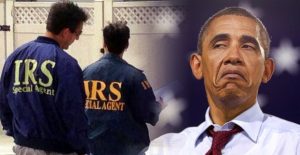 It means that the Luca Brasi division of the government is now attempting to collect the penalty for not handing money over to the mafia as a tax, but has no real power to collect it.

My accountant says they cannot – as they usually would – seize your bank account or garnish your wages or place a lien on your home. All they can do – for now – is assess what they claim you “owe” in “shared responsibility” against whatever they owe you in the form of a future tax refund, if any.

That is the key.

If you are never owed a refund, all that Luca Brasi can do, so my accountant tells me, is fume and stamp his feet and maybe send more threatening but toothless letters. 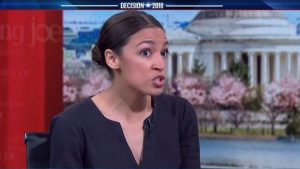 But there is also bad news – at least, potentially.

Luca Brasi may simply hold onto his chit, to speak. Each $695 (this is going to go up) in “shared responsibility” tax/fine/penalty whatever-they-are-calling-it for every year one elects to not send even more money to the mafia for “coverage,” plus the possibility of interest and penalties, adding up quietly until the day that Luca Brasi is empowered to collect via other means than deductions from refunds owed.

One can easily imagine a scenario.

Trump loses the next election. Or Congress is taken over by the out-of-the-closet socialists, like the hyphenated Ocasio-Ortiz and Trump’s rescission of the Individual Mandate is countermanded. This could absolutely happen. This fall, maybe.

And in the meanwhile, Luca bides his time. Something to think about as we “celebrate our freedoms” this week.

crawl on the right side of the page