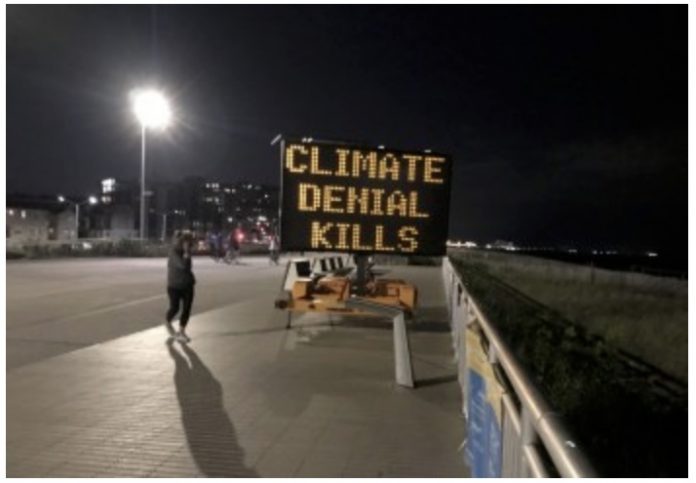 A rat is most vicious when it is cornered – which you may have noticed last week during the LBGTQSUV left’s failed effort to emote Brett Kavanaugh from becoming Justice Kavanaugh. This is not a defense of Kavanaugh’s politics or even of him personally. It’s an observation about the unhinged hysteria of the authoritarian left at this moment in history.

Because for the first time in a long time, there’s pushback.

The derangement of the left has gotten so bad, there’s no alternative – other than accepting what the crazy eyes left demands.

And so it is finally not being accepted. 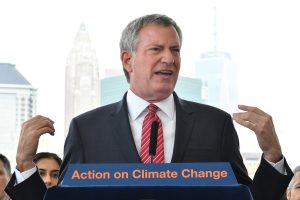 The left responds with even more carpet-chewing hysteria. God help us if these people ever actually win a major election (or majority) again.

Another example of the left’s unhinging is on display – literally – in New York City, where official-looking (and officially-backed) roadsigns have been put up announcing that “Climate Denial Kills.”

These “Climate Signals” are oleaginously intended to mimic road-hazard signs – such as Accident Ahead – and will be on display for the rest of the month at the behest of New York Mayor Bill de Blasio, who is a climate hysteric as much as he is also a leftist authoritarian – the one serving the purposes of the other. 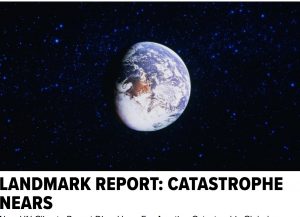 Not uncoincidentally, there is also a frantic “report” all over the media – which is controlled by the same people whose nervous ticks about Kavanaugh suggest a need for heavy meds. It practically leaves claw marks on the well walls. Shrieks that “the world is rapidly running out of time to scale back greenhouse gas emissions” and asserts that unless the use of fossil fuels “is aggressively phase(d) out to meet net zero emissions by mid century,” there will be “catastrophic planetary changes.”

We have this heard before, of course. But it’s now over-the-top, like the Kavanaugh hairshirting

This hysteria is a function not so much of dangerously rising C02 or sea levels – both exaggerated to a ludicrous degree, so as to alarm the boobs watching TeeVee – as it is a freaking out over the  rising of disbelief in the climate catastrophism being peddled by these apocalyptos.

They know the jig is up.

After decades of demanding “wrenching” (Al Gore’s term) changes to our (but not their – including de Blasio’s) lifestyle in order to prevent the sky from falling, it never did – and won’t.

People have noticed. They are tired of the chicken little routine and no longer buying it, either.

Just as happened with Kavanaugh, the apocalyptos pushed too hard, too fast – and made their unhinged fanaticism plain pretty much everyone. 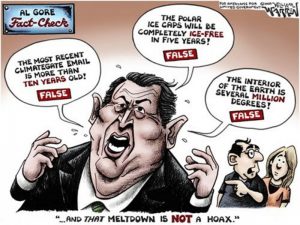 We’re supposed to roll over and accept a kind of modern peonage of sacrifice and scarcity – always for us, never for the ones shrieking most shrilly about “climate change” – in order to stop the sky from falling just ten years from now.

It’s as plausible as Ford Blasey’s brummagen emotings about what may or may not have happened to her almost 40 years ago, which she can’t recall much about but insists we accept as mathematically true because she feeeeeeeeeeeeels it to be so.

The same with regard to “climate change.” It must be believed as an article of faith because its peddlers are “sincere,” as BF was. Which is why raising any question isn’t questioning or even skepticism.

As in Holocaust Denial.

It is meant in exactly the same way – as a term of opprobrium meant to end questioning by characterizing any questioning as morally despicable.

Thus the “reporting” (which is not even disguised as other than hysterical editorializing) about the Intergovernmental Panel in Climate Change’s dire warnings, now doubled down on.

We have just ten years! Then the sky will fall.

What’s making the world bureaucrats of the IPCC and the ranks of the “climate change” believers meltdown like Chernobyl  is  . . . Trumpism. Him personally, too. But also the pushback he embodies. 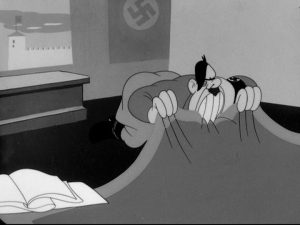 Whatever Trump’s flaws, one of his great merits is that he does not believe. And has acted accordingly. He pulled the United States out of the Paris Climate Accords, for instance. And he has dared to put in doubt the imposition of a 50-plus MPG mandatory minimum fuel economy fatwa based on the not-coincidental conflation of fuel economy with emissions control.

For the left, this is intolerable. Trump may as well don a Dr. Evil suit and nibble his pinkie. Maybe he ought to.

Since new cars produce almost no actual (or actually harmful) emissions – ending the mission of the EPA –  a new “emission” was confected by the waning left, aided and abetted by their fabian fellows (the Never Trumpers) on the right. By categorizing harmless, inert carbon dioxide the same as unburned hydrocarbons and so on – the things which actually do cause pollution. But don’t anymore because cars made since the ’90s hardly emit any such.

But they do emit carbon dioxide. A trump card. Except for Trump.

He questioned – which gave others the backbone to do the same. Now the rat senses the walls closing in, bares its yellowed fangs and lets loose the anguished cry… denier!

In flashing yellow, by the side of the roads – and probably funded with your tax dollars, too – if you have the misfortune of living in Manhattan.

But take heart. As with the Kavanaugh scheisse show, their hysteria is a measure of their desperation.

A fight is fiercest just before it ends.