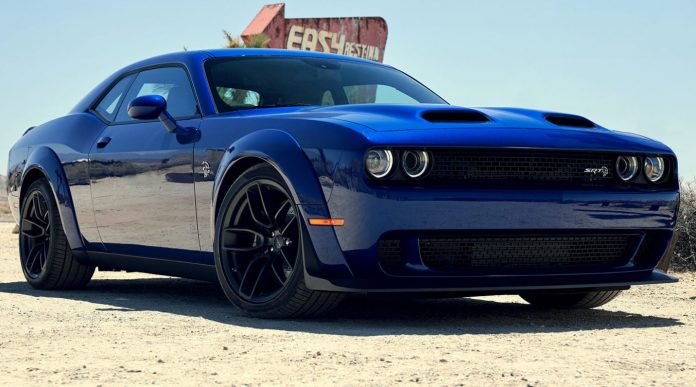 While every other car company is doing its best to clap loudest for Stalin – building electric cars for which there is no real market (while pretending there is one or will be, just around the corner) in order to solve problems which don’t exist, but which will create problems that didn’t exist – Dodge has built the Redeye.

The only battery this thing has is the one which starts up the 797 horsepower supercharged 6.2 liter Hemi V8.

There is no place to plug it in. 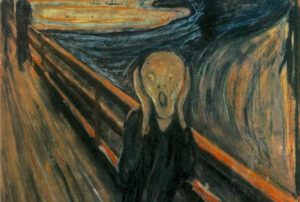 You fill it up with the highest octane gas you can find.

You won’t have to wait long, either  – whether at the pump (less than five minutes) or getting to the next one. The Redeye – which has 90 more horsepower than the 707 horsepower Challenger (and Charger) Hellcat that sent countless caravans of metrosexual snowflakes into a cataleptic state or shaking and shivering to a therapist’s couch – will get you to 60 in even less than the regular Hellcat’s three seconds.

Punching holes in the ozone all the way.

Not really, of course. 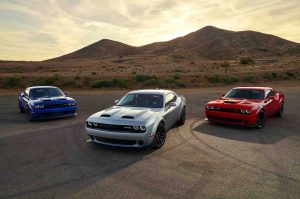 The people in charge there know the only threat posed by powerful internal combustion engines – even ultra-powerful ones like the Redeye’s – is to the febrile neurosis of people who have been rendered neurotic by a relentless juggernaut of Fake News about vehicle emissions (almost nonexistent and no longer a problem vis-a-vis air quality since at least the mid-’90s) and also by the shibboleth of our era – “climate change” – which is being used as the catch-all pretext to corral and limit everything, including our mobility.

But never the mobility of our betters, which ought to tell you something about “climate change.”

Dodge also knows that people don’t need to have their palms greased with bribes (the polite term is “subsidy”) to buy cars like the Hellcat Redeye. They will beg dealerships to sell them one  – at full MSRP.

It is not necessary to mandate the production of Redeyes, either – or even run-of-the-mill Challengers and Chargers. There is profit there. 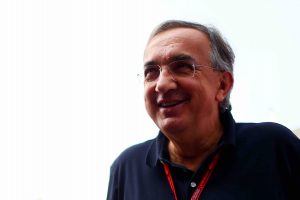 Despite the mandates which discourage the manufacture of such cars (the smallest engine you can get in either car is a 3.6 liter V6, no turbochaged Viagra necessary) and which make the purchase of such cars artificially more expensive than they would otherwise be.

The opposite of electric cars.

Which exist as other than curiosities only because of the mandates and regulatory ukase which gives them birth and the multi-tiered subsidies which keep them alive. There is not only no case to be made for EVs, there is no need for them.

The “gas crisis” has been solved. America is on the cusp of becoming the word’s leading producer and possibly a net exporter. What comes out of the tailpipes of gas (and diesel) burning cars is often literally “cleaner” than the surrounding air. It is certainly not “dirty.”

“Climate change” is the last, desperate attempt by the anti-car Antifa to kill the car – before people wise up and get angry.

But with Sergio gone, that may change.

Sergio Marchionne was the guy in charge of FiatChrysler (FCA) until his unexpected and extremely untimely death back in July. Untimely, because Sergio was the only big-time car executive to publicly refuse to drink the Electric Car Kool Aid.

The Redeye was almost certainly conceived – and approved for production – while Sergio was still among us. It is a kind of Colonel Bogey salute to the EV dementia sweeping the land.

The regular Hellcat isn’t neglected, either. It gets another 10 horsepower for the new model year – bumping the output of its 6.2 liter supercharged V8 to 717 horsepower.

And that’s not the end of it. There’s an Elephant in the room. The Hellephant.  It makes the 797 Hellcat Redeye seem almost Prius-ish.

This snowflake-melting marvel of internal combustion is an a la carte (and in a crate) version of the supercharged Hemi that’s only available over the counter – wink, wink – and won’t (for now) be installed at the factory.

But you could install it at home.

Al Gore just had an aneurism. That sound you heard was him hitting the floor. Someone call the meat wagon. 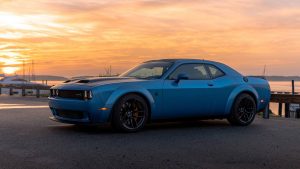 Dodge showed off the  . . . possibilities of the Hellephant by installing one in an emissions-exempt ’68 Charger, which offered the original dual-carbureted 426 Hemi as its top gun engine, back in the day.

It was on display at the recent Specialty Equipment Manufacturers Association (SEMA) show.

Just imagine what a new Charger or Challenger infused with Hellephant power might be like. And it probably would pass smog check – even if not technically legal. Modern IC engines run so cleanly it’s become almost impossible to snuff yourself with one by running the engine with the garage door closed – and their “impact” on air quality and such is nearly nil, in inverse proportion to the hysteria about “climate change.”

Just imagine what Hellephants roaming the roads might do to Nancy Pelosi and Hillary Clinton’s state of mind. The knowledge that some of us – the serfs – might actually be driving the kinds of vehicles they are doing their very utmost to make certain are available only to them.

Here’s mud (or red) in their eyes.