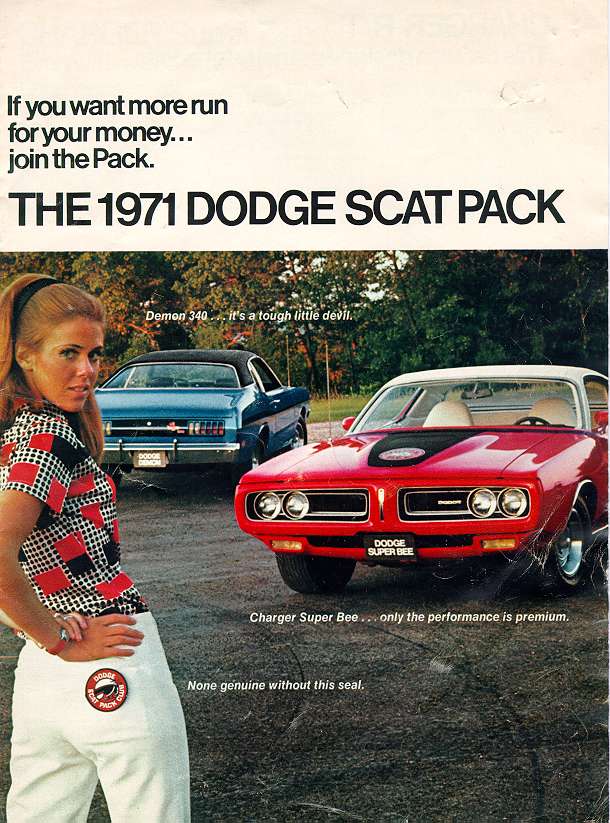 What’s the cost of Uncle when it comes to our cars? How much have his various fatwas added to the MSRP? 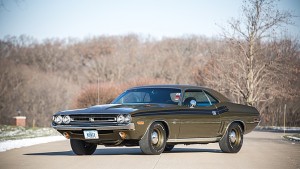 One way to add it all up is to compare a current Uncle-ized car with a pre-Uncle car. That is, a car saddled with all of Uncle’s equipment – and which complies with all of Uncle’s various fatwas (bumper-impact and other “safety” fatwas, especially).

This is difficult, though, because most current and Uncle-ized cars are profoundly different from the pre-Uncle cars, which have been effectively exterminated by the fatwas of Uncle. 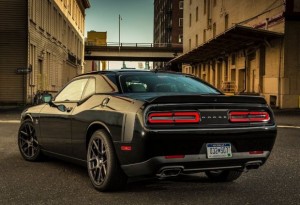 But the 2016 Dodge Challenger R/T I recently got to test drive (review here) is strikingly similar to its early 1970s analog and not just visually. The layout – big V8, rear wheel drive – is the same and it can be ordered with goodies like an even bigger (392 cube) “Hemi” V8, a  Super Track Pack and “shaker” hood scoop… it also comes painted in glorious colors like Plum Crazy and Sublime, just like the original did.

But the new car’s sticker price is about $38,000 while a similarly equipped 1971 Challenger R/T (see here) with the top-of-the-line 426 cube Hemi V8, the Super Track Pack and Pistol Grip-shifted manual transmission carried a sticker price of about $4,800.

Adjusted for inflation (see here) the  ’71’s price would be just over $28,000 in today’s Uncle-ized currency. So, the difference in cost between the two cars is almost exactly $10,000.

And what accounts for this difference?

Well, the 2016  Challenger’s Hemi V8 is painted “high compression orange,” like the ’71 Hemi… but it is fed fuel not by a pair of Carter four barrel carburetors like the ’71’s but via direct injection, with computer-controlled cylinder deactivation technology and variable valve timing –  technologies developed chiefly to eke a few more MPGs out of the politically incorrect V8 in order to comply with Uncle’s fuel economy fatwas. 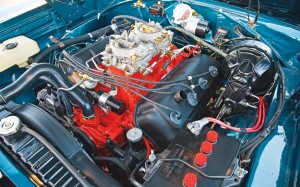 New cars would probably still be fuel-injected absent Uncle, because fuel injection has a number of advantages over carburetors (especially cold-start operating characteristics) but probably not direct-injected and maybe not even port fuel-injected.

Certainly the rest of it – especially cylinder deactivation and things like “Auto-stop/start” (which shuts the engine off when the car isn’t moving, then re-starts it automatically when the driver takes his foot off the brakes) is there purely because of Uncle.

Few buyers care whether their car gets let’s say 27 vs. 28 MPG – which is all the difference these latter technologies have to offer. But the car companies have to care very much, because such slight differences become huge when factored over their entire fleet of new cars, which is how Uncle’s fuel efficiency averages are calculated – and fines assessed. 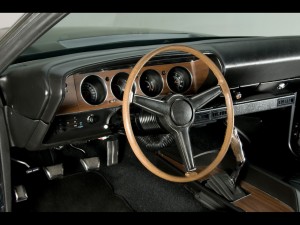 The new car also has an eight-speed automatic, for the same Uncle-ized reasons. The top several gears are overdrive gears, there to keep engine speed as low as possible as soon as possible in order to reduce fuel consumption by another couple or three MPGs.

It is a very complex – and very expensive – transmission.

The old car had either a three-speed automatic or a four-speed manual transmission, no overdrive. It used a lot more gas, of course. But it also cost a great deal less – both to buy and repair.

You do not want to know the replacement cost of the new car’s eight-speed transmission.

But the true price-jacker is the “safety” stuff Uncle imposes on new cars. The obvious stuff includes air bags – the new Challenger has seven of them, the ’71 had none of them – and the now-mandatory back-up camera system, which includes a bunch of micro cameras built into the car’s bumpers and an LCD monitor built into the dashboard.

It uglifies the car up – and ups the cost, too.

ABS and traction/stability control are not formally mandatory but – like Auto-stop/start – are there chiefly because of pressure from Uncle, not demand from buyers. It is probable that most buyers of cars like the Challenger – which is a muscle car – would opt out.

If, of course, they could.

If, down the road, the new Challenger gets into an accident and the dual front, side-impact and curtain bags deploy (that is, erupt out of the dashboard and steering wheel and seats/side panels with explosive force) the resultant ruination of the car’s interior plus the cost of the bags themselves is likely to total an otherwise-repairable car. This potential cost is why the actual cost of insurance (mandatory now, because Uncle) is sky-high, too –  but that’s another rant.

Building the new car’s body so that it can withstand extreme impact forces in a crash, from almost any conceivable angle, is another reason for the new Challenger’s high cost. The designers of the ’71 Challenger did not have to worry about this at  all – because Uncle had not yet set himself up as the Great Decider of “safety.”

That decision (that cost-balance) was once upon a time up to buyers, who were respected as grown adults fully capable of choosing for themselves whether to buy a bigger/heavier car or a smaller, lighter car. The original Challenger was actually a pretty safe car, in terms of the hit it could take – because it was a big, heavy car. It was much “safer” in this respect than a car like a same-year VW Beetle. It just wasn’t as “safe” as the new Challenger… but why is that any of Uncle’s business?

Also, air bags were available – as optional equipment – in a few early ‘70s Chryslers.. . though not the Challenger, because it was a muscle car and people who buy muscle cars are not like people who buy Volvos or Subarus… obsessed with “risk” and always fearful, like old hens, of their “safety.” Once upon a time, people who were obsessed with “risk” and “safety” could buy Volvos and Subarus… and leave the rest of us free to not buy such cars.

Now, because Uncle, we all have to be obsessed with “risk” and “safety”… or at least, buy the equipment Uncle decrees we’ve just gotta have.

So, the long and short of it is the new car costs ten grand more than its ancestor – because Uncle.

Which is why the new Challenger (and cars like it) are, for the most part, bought by middle-aged and older guys who can still afford the cost of Uncle – while the ancestors of cars like the Challenger were bought – brand-new – by guys not long out of high school or at least still in their 20s.

The muscle car thing was a youth thing. 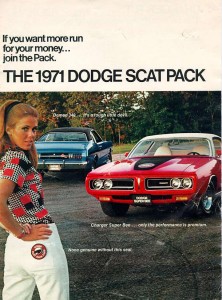 Today, it is a Just For Men thing.

And – soon – it will be a thing for no one except the very affluent. Because Uncle’s fatwas are becoming as deranged and militant as anything coming out of the all-C-I-A-Duh. For instance, the nearly-here (2025, less than nine model years from now) federal fuel economy fatwa that will require all new cars deliver an average of 54.5 MPG.

Not even the current Prius does that.

A V8 muscle car is as likely to achieve this as Caitlin Jenner is to get pregnant. Both may be technically feasible but the cost will not be cheap.

If the Challenger still exists in 2025, it will probably cost twice or three times what the ’71 cost.

Be sure to tell him thanks.