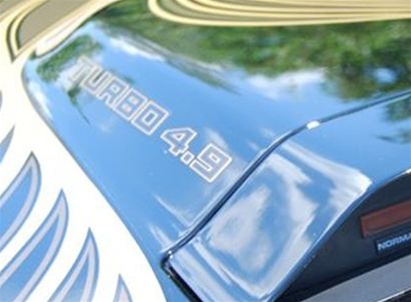 The French philosopher-economist Frederic Bastiat wrote about the unseen repercussions of government interfering with the market’s natural progressions. In other words, what might have been. Perhaps the saddest four words in the language. 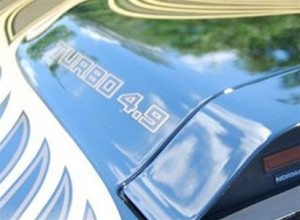 One such might-have-been is the 1982 Turbo Trans-Am.

You have probably never heard of it. Because, of course, it was never produced. But it almost was. And had it been, Pontiac might not have gone out of business.

But, I am getting ahead of the story.

It was the early ’80s and the Pontiac Firebird (and its sister car, the Chevy Camaro) were long overdue for a major update. They’d been in continuous production since 1970 and although they’d both set sales records for their respective divisions in the mid-late ’70s – in part because they were neat cars but also because there were so few other neat cars around during the disco-era darkness – by the time of Ronald Reagan’s first inauguration, it was clearly time for a change.

The third generation Camaro/Firebird (“F” cars in GM-speak) that were in development would be lighter and smaller, emphasizing sporty handling rather than 0-60 and quarter-mile times.

But – as originally planned – they would retain their unique  divisional identities, as had always been the case in the past. Meaning, the Camaro would get a Chevy-designed and built drivetrain while the Pontiac would get its own “pure Pontiac” powerplants.

It wasn’t the air scoops and decals on the hood that made a Trans-Am something other than a Z28 sold by Pontiac. It was the Pontiac V-8 under the hood. A 400 or 455 rather than a 305 or 350. And the difference was more than merely cubic inches. Pontiac’s V-8s were not Chevy V-8s. They shared no major parts; they were unique designs and had different characteristics, including different power curves – the Chevy being inclined toward high-RPM horsepower while the Pontiac (especially the long-stroke 455) was esteemed for its freight train torque output. This gave each car a different driving feel – a different character – despite the shared platforms. 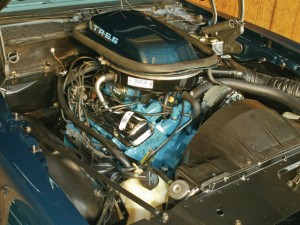 The Pontiac V-8 even looked different – very much so. The “v” was wider, the valve covers much larger. All Pontiac V-8s were “big blocks” – visually/externally identical – their actual displacement determined by interior variations of bore and stroke. In contrast, the Chevy “small” V-8 was obviously externally different from the “big” Chevy V-8… and neither looked anything like Pontiac’s V-8.

A usually friendly sibling rivalry existed between Camaro guys and Firebird guys. But the important thing was that there were objective functional/mechanical differences between the two cars that gave people a reason to buy one rather than the other. 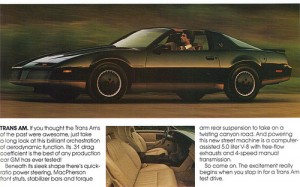 GM management grokked this. And planned to continue business as usual. The all-new 1982 Trans-Am was supposed to have been Pontiac powered. Specifically, powered by the new 301 (4.9 liter) turbo V-8 that Pontiac had developed for the 1980-’81 Trans-Am (last of the second generation ‘birds). This new engine looked like the old 400/455 on the outside but used a revised block and different heads, a new-design crankshaft and different castings throughout. It was much lighter than the 400/455 – and would have been ideal in the brand-new 1982 Trans-Am. Its 210 turbocharged hp (in 1981) was 45 hp more than the hottest engine you could buy in the 1982 Z28 Camaro – the throttle body fuel-injected 305 (5.0 liter) V-8, which only managed 165 hp. And being turbocharged, the turbo 4.9 liter made much more torque: 340 ft.-lbs. vs. the 5.0 Chevy’s meager 240 ft.-lbs.

So equipped, the ’82 Trans-Am’s performance would not only have been different than the Z28’s.

It would have been better.

And it almost happened. 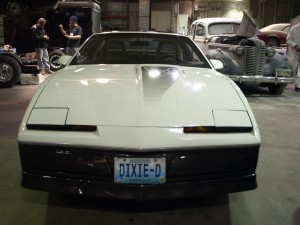 How close did we come? Ever wonder why the ’82 Trans-Am had that off-center hood scoop, just like the 1980-81 Turbo Trans-Am? It was because the ’82 was supposed to have had the same engine under that scoop. Specifically, it was supposed to have had the off-center Rochester Quadrajet four-barrel carburetor that fed the turbo 301 under that hood scoop.

But it became a styling confection when GM killed the Pontiac V-8 and turned the ’82-up Firebird into a re-trimmed Camaro with a higher price tag. And this, in turn, killed Pontiac. Not right away. The end would not come for another 20 years. But it was preordained the day GM turned Pontiac into a husk – a marketing arm for generically-engined “GM” vehicles, which were all identical under their hoods. Pontiac tried to keep the flame alive as the ’80s and ’90s progressed, by offering different suspension tuning – and of course, the cars still looked slightly different. But where it really mattered, they were both the same. And it would prove lethal. Not to Chevy – which was still Chevy. But to Pontiac, which had become Chevy-in-drag.

But, why did this happen? 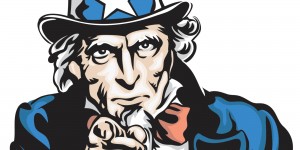 It happened because of Uncle. The government.

The 301 Pontiac V-8 was a new design and needed development work to flesh out its shortcomings – to comply with government emissions requirements – and GM didn’t have the time or resources available. Or was unwilling to commit them. The tea leaves were readable as early as 1980. Pontiac had intended to offer the new 301 turbo engine with a manual transmission, but could not get the combo within acceptable parameters, emissions-wise. That’s why the 1980-’81 Turbo Trans-Am was automatic-only.

Pontiac’s last V-8 was strangled in the crib by that goatee’d, white-haired old bastard. GM decided it was less hassle – and less expense – to “corporatize” its divisions. To have one engine family (Chevy V-8) rather than have multiple separate divisions with separate engineering departments engineering their own brand-specific engines.

This is why Pontiac’s – and Oldsmobile’s and Buick’s – V-8 engines went extinct.

It’s interesting – and sad – to ponder what might have been. If the 301 program had been allowed to continue, it’s certain the Quadrajet four barrel would have been replaced with fuel injection; advances in electronic controls would have allowed more turbo boost. For some sense of what might have been, consider GM’s other turbocharged engine from the same era, the 3.8 liter Buick V-6. By the late ’80s, it was making over 300 hp in the Grand National and – oddly enough – was used to power the 20th Anniversary Trans-Am in 1989. The ’89 20th Anniversary Trans-Am was the quickest (and fastest) Trans-Am built up to that time; its performance would not be bested for more than another decade. 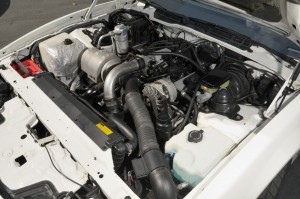 And that was a V-6 turbo 1.2 liters downsized from the 301, displacement-wise.

And of course, it wasn’t a Pontiac engine.

An injected, intercooled, electronically controlled 301 turbo would probably have made on the order of 350 hp – and made the late ’80s Trans-Am an American supercar to be reckoned with.

But it wasn’t to be.

Because of government diddling with the car industry. Which ultimately means – with your right to buy what you want instead of what they decide you’ll have.

The Yugo and its Merits