Inflated car prices are a great way to gauge how much we’ve being gouged by the private banks that control (and relentlessly devalue) the currency of the United States. But we’re also being gouged by the government – and those costs are even more hidden. 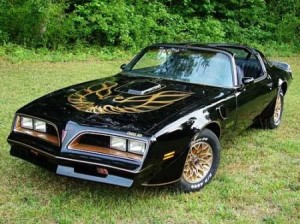 Let me explain by way of example:

In the latest issue of High Performance Pontiac magazine (I’m a subscriber) there is an article about a restored 1977 Trans-Am. The base price of this car in ’77 was $5,799.

Using the CPI inflation calculator (see here) you’ll discover this sum has the same buying power today as $21,785. To parse this in terms of the real cost increase of a new car (as opposed to merely the increased number of “notes” one must have in one’s pocket today to match the buying power of $5,799 in ’77) it is instructive to take a look at what this sum will buy Now vs. Then.

Then – back in 1977 – $5,799 ($21,785 in today’s money) would buy you a brand-new Trans-Am. Not merely a Firebird. The Trans-Am was the top-of-the-line version of the Firebird – and also one of the most expensive Pontiacs at the time. For another $75, a buyer could select the optional high-performance 400 cubic inch engine and with it, a close-ratio manual transmission. Add $281.76 for that (in inflation-adjusted 2012 dollars).

A base model V-6 Camaro. 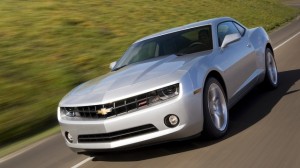 Which comes to about $10,520 and change. Not including interest on the loan.

That’s not inflation. It’s the cost of government. For things like driver and passenger side airbags, tire pressure monitors, traction/stability control and all the rest of it – plus more to come, including the just-mandated back-up cameras that every new car will be required to have beginning with the 2014 model year.  Those costs are fairly easy to quantify; dual air bags, for example, add an estimated $800-$1,000 to the bottom line cost of every new car. Assuming the lower figure – $800 – that comes to about $212 in ’77 money – or about three times the cost of the ’77 TA’s optionally available high-performance V-8 and manual transmission! Which would you rather have?  A pair of air bags in a V-6 base model Camaro? Or a big (6.6 liter) V-8 and close-ratio manual transmission instead?

For one third the cost of the air bags?

Too bad the choice is made for us. 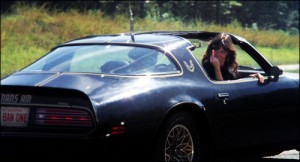 The costs of meeting the government’s “safety,” “emissions” and fuel efficiency mandates are harder to nail down. But they’re certainly not cost-free. A new Camaro comes with four catalytic converters and four O2 sensors; the ’77 TA had one cat and no O2 sensors. The ’77’s engine was fed by a single Rochester Quadrajet four-barrel carburetor. Today you can buy a brand-new replacement Q-Jet for about $400 – which is about $106 in ’77 money. See how far $106 (or $400 in inflated money) gets you today when your modern car’s direct port injected EFI needs major service. The new Camaro SS’s V-8 uses cylinder deactivation technology and a skip-shift feature in its manual transmission to help it get better gas mileage. Those aren’t free, either. Granted, the ’77 TA got much poorer gas mileage – but then, you could afford to feed it because the car cost so much less. Check CVS Ad on WeeklyAds2.

Today, the car and the fuel costs more – vitiating the mileage improvement. I don’t know about you, but I’d much rather have the 15 MPG $5,799 top-of-the-line TA than a 26 MPG base model Camaro that costs significantly more in real terms. (Full disclosure: I own a Trans-Am from that era and love its air bag-free 15 MPG self. It doesn’t have a computer; there’s no OnStar monitoring my activities and while it may not have a great stereo, it makes great sounds… government-free sounds. It doesn’t need a stereo.)

The scoop is this:

A top-of-the-line ’77  Trans-Am cost less in real terms than a current-year base model Camaro because the ’77 Trans-Am did not have to comply with all the rigmarole that is required of the new Camaro. GM – like all the other car companies – simply transfers these costs to you, the buyer.

And one of these costs is that V-8 muscle cars are now (mostly)  middle-aged men’s cars. Because it takes most men that long to be in a position to afford one. Back in ’77, a young man just out of school – even high school – could finagle a way into a new Trans-Am. The muscle car began as a youth car in 1964 (first year for the Pontiac GTO). Today, it’s an easy-fit jeans car.

You can thank the Fed – and Uncle Sam, too.