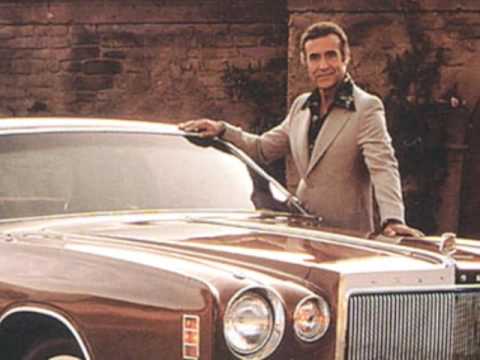 If you can’t get the tune out of your head, does that mean you’ll end up buying the car? Rich, corinthian leather will only take you so far.

Here are some of the most memorable car commercials of the past 30 years.

If you were around in the mid-1980s, you probably know the song, even if you don’t know any German. Some exceptionally clever ad men took the 1960s hit single, Little GTO by Ronnie and the Daytonas – “Little GTO, you’re really looking fine; three deuces and a four-speed, and a 389 … listen to her taching up now, listen to her whine, yeah, yeah. C’mon on and wind it up, blow it out, GTO!” – converted it to “Kleinem GTI . . .” and ran with it all the way to the bank.

Maybe the GTI couldn’t tear up a quarter mile like a tri-power 389 GTO, but the spunky little VW was agile, light and quick enough to be as fun as an M80 with a too-short fuse.

Also, VW did not make the mistake of suggesting the GTI was equivalent to the classic ’60s Pontiac muscle car – and thereby over-reaching and embarrassing itself. The ads simply let people know the GTI was a fun car, like the GTO was.

Wilson Pickett’s classic R&B hit, “Mustang Sally” was the no-brainer choice to serve as the theme song for the launch of Ford’s pony car back in the mid-1960s.

If you read the lyrics – “I bought you a brand new Mustang, ’bout nineteen sixty-five” -* you might think that the song was written specifically for the car by a Ford advertising and marketing firm. But it wasn’t. Like Ronnie and the Daytonas’ “Little GTO,” the song arose spontaneously, in appreciation of the car. Ford just got lucky; the Mustang sold itself – and “Mustang Sally” simply fit the groove.

In 1983, when the Mustang was enjoying a new surge of popularity, the theme returned.

By the late ’90s, it had, indeed, been a very long time since Cadillac had rocked and rolled. Hearses tend not to do that. But GM was determined to resuscitate the brand. New, less oldster models like the CTS were designed to appeal to buyers who knew that Led Zeppelin isn’t a heavy dirigible.

The heavy metal soundtrack complemented the new sheetmetal, which was as brassy (and edgy) in its own way as previous Caddys that also rocked and rolled – like the ’59 Eldorado Elvis drove (and which is featured in the commercial along with the new CTS and other new Cadillacs, like the XLR roadster).

This one may not have helped sell the car much but it was creative.

“She was out all night with the Grand Marquis!” – camera pans to the guy in the powdered 18th century wig and sequined outfit sitting in the witness box. “No, the Mercury Grand Marquis!,” the testifying witness exclaims.

The ad was part of Mercury’s Imagine TV campaign.

It got people’s attention; it just didn’t do much to get them into Mercury showrooms.

Scene: a little boy’s room, strewn with toys. Cue Van Halen soundtrack. A GI Joe action figure comes alive, jumps behind the wheel of a miniature T-topped 300ZX turbo, adjusts his look in the rearview mirror, pops the clutch and fishtails across the floor to the girl’s room, where Barbie awaits.

Everyone knows this commercial – or at least, has heard about “rich, Corinthian leather.”  The commercial is the apotheosis of ’70s cheese. Ricardo Montalban, leisure-suited, wide-collared, holding forth in his bedroom voice about his “needs” while cruising around in a chocolate brown, vinyl-roofed ’78 Cordoba.

He “requests nothing beyond the thickly cushioned luxury of seats available even in (wait for it) rich, Corinthian leather. By way of Joliet, IL – or wherever it was that Chrysler obtained the hides. It wasn’t from Spain, in any event.

Even funnier than the dialogue, though, was watching the sea-sick Chrysler’s nose rise and fall as Montalban rolled to a stop. This was with brand-new shock absorbers (one assumes). Imagine how the car wallowed after 50,000 miles or so. “Yet, it is on the highway where Cordoba best answers my demands,” Montalban tells us.

Cue picture of him (off camera) mashing the pedal to elicit some signs of life from the flaccid two-barrel “lean burn” 318 under the Cordoba’s hood.

A classic. Never to be topped.