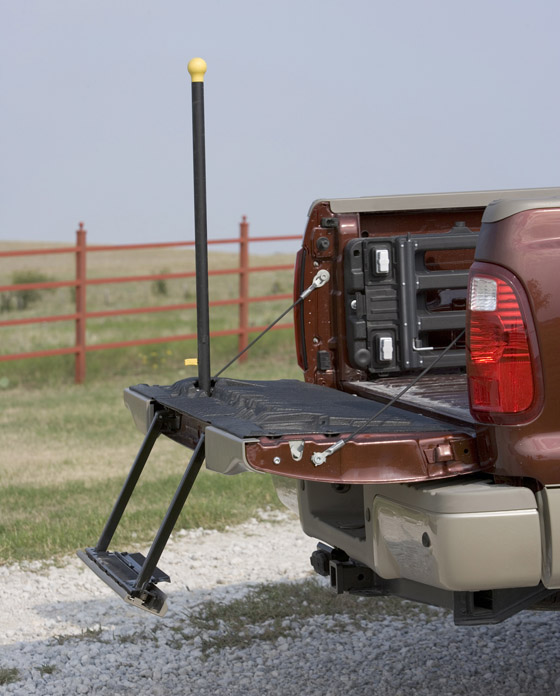 The other day, I rolled my 1976 Pontiac Trans-Am out of the garage for a drive. As I backed it out, I looked left at the brand-new Nissan Sentra “press car” (review here) that was parked on the pad.

It made my antique muscle car seem small.

In part because the Sentra – like almost all new cars – is very, very tall.

We are not talking inches difference here, either. 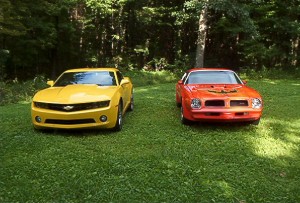 The Nissan – which is a nothing-special “compact” sedan (in air quotes because by the standards of 20 years ago, the “compact” Sentra would be mid-sized halfway to being full-sized) stands almost 60 inches tall at the roofline (58.9 inches to be precise).

And it looks like much more because of the visual distortion created by the modern car’s much higher beltline and door tops, with concomitantly abbreviated door glass. If you’ve sat in a newish car recently you will know what I mean. You feel small because the doors are so tall. It’s like you’re ten-years-old again, trying to look out at the great big world. The bathtub effect.

In the TA and cars of its time, in contrast, you sat low – but tall. I can, for instance, roll down the window and rest my left elbow on the top of the door.

Even better, I can see.

Well, I could – were it not for all these slab-sided over-tall new cars blocking my view. 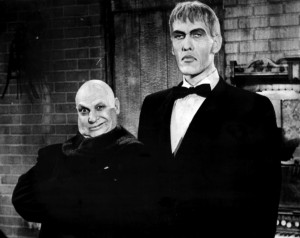 I wrote recently (here) about the surging popularity of what’s called crossovers. These are basically cars dressed up to look like SUVs, with the chief characteristic being they ride high and tall. Why do you suppose this is so appealing to people? Could it be on account of the fact that it’s damned hard to see anything out there because of all the over-tall cars (and crossovers and SUVs) out there?

The point is truly rammed home if you take a car like my TA out and mix with modern car traffic. You feel as though you are on a skateboard. In a well. Looking up at the distant circle of light above.

Tallness begets more, in a kind of Lurchian feedback loop. As the average car – and truck – grows upward, those that don’t become increasingly uncomfortable to drive amongst these giants. And so, become less popular.

Unless they, too, grow taller. 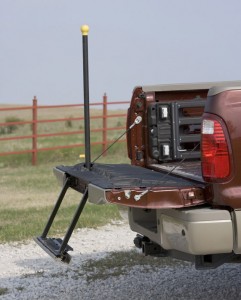 I had a new Ford F-150 pick-up to test drive recently. I’m a 6ft 3 man – and this truck made me feel like Mini Me. Because it (the truck) is so got-damned tall. To the point of absurdity. Ford builds a collapsible step-ladder into the tailgate, because the bed is otherwise inaccessible. Even for a six-foot-three man.

The 2015 F-truck is 75.2 inches tall. A 1980 F-truck was 69.1 inches tall (see here). The new truck is 6.1 inches taller than its ancestor. This is difference enough to make the new truck awkward to get into and out of even for an exceptionally tall man like me. Fewer than 10 percent of the general population is taller than 6ft 3.

Who is this truck designed for? The starting lineup of the Chicago Bulls?

And it’s not just Ford. They (all current trucks) are just as silly tall. And because they are so tall, it makes the typical car seem really small. Which is why they, in turn, have also grown so tall. And will grow taller yet, if this demented trend does not abate. 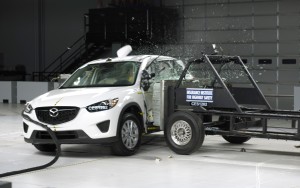 Because the pressure to Go Tall has a great deal to do with the necessity to make new vehicles compliant with the latest side-impact standards. Which aren’t suggestions but mandates. The government has decreed that new vehicles generally be made stout enough that passengers inside them can survive being T-boned by a vehicle traveling at 30 MPH. This requires steel.

In part because of the potential for “intrusion” by a taller car – like an SUV or truck. Glass won’t cut it. So the steel rises higher. This is also why the ass ends of modern cars are so bulbous – and tall. And why the rear glass is – typically – so small, with concomitant reduction in rearward visibility (and the necessity for back-up cameras, now also mandatory). 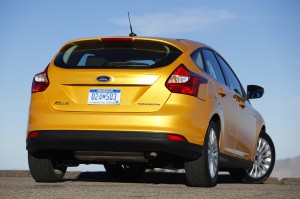 Ironically, the feedback loop is also a kind of self-fulfilling prophecy. The government mandates that cars (and trucks) be made “safer,” so the car companies make ’em taller (and bigger and heavier). Which makes them harder to see out of (and see around) and also more of a threat – in terms of the basic physics involved – when one pile-drives into you.

Bigger and heavier being innately more destructive than smaller and lighter.

That’s the logic of government – which is, of course, only trying to help.