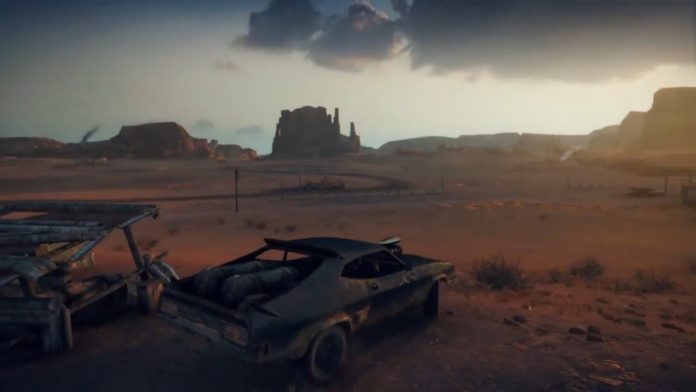 It is far from a bad idea to consider buying an older car given the “new normal” descending. But – as with most things – there are downsides as well as upsides. Here’s a look at some of both:

You will probably own the old car, having paid cash for it. Not having to make payments – and make higher payments to the insurance mafia as well as to the government mafia (if  you live in an area where ownership of a vehicle is perpetually taxed, like the home you thought you owned – to let you know who really owns both) is all by itself and no matter the “new normal” very sound policy. The less you have to spend, the less you have to work – which means less pressure on you when the government takes away your work in the name of the “new normal.”

You can probably do most of the necessary work yourself if it’s a really old car. The line separating the truly old vs. the new (even if also old) is roughly the year 1980. On the south side of that line you will find cars with purely mechanical fuel delivery systems (i.e., carburetors and mechanical fuel pumps, no ABS or traction control, etc.) and very basic electronic systems (i.e., their distributors/wiring) and – with a handful of exceptions – no computer controls of any kind. If you have a basic understanding of air/fuel/spark or are willing to learn and have a few basic tools, you can keep such a car running when it’s really important – the reason for italicizing necessary work – yourself, which is a plus in a “new normal” scenario. 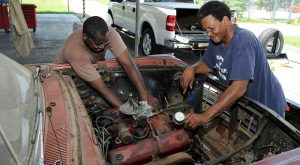 They will still usually run – and drive – even when something is wrong. A crude splice, some duct tape and bailing wire will often do the trick.

For example: Most old cars have separate belts for each belt-driven accessory – not a single serpentine belt for all of them, as almost all newer cars do. If that one belt breaks, everything no longer works. You don’t just lose the power steering. You also lose the charging (alternator) and the cooling (water pump) which will leave you stuck almost immediately.

With several belts, the loss of one won’t necessarily cripple you – and you can sometimes swap one that didn’t break for one that did. Which will get you home – or somewhere safe, also a desirable attribute in a “new normal” world in which you never know when you might run into some peaceful protestors. 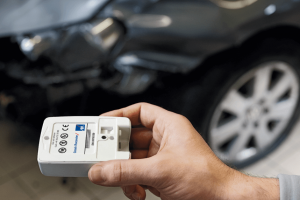 Essential parts are usually easy to find – or can be made. Or you can make use of what’s at hand. A huge plus in the “new normal.”

Old cars are under your control. Models made before the early ‘80s do not have black boxes or GPS receivers under the control of someone else. They cannot be shut off remotely – except by an EMP. Your travels cannot be monitored, unless someone put a “bug” under the fenderwell. They are free-range cars. 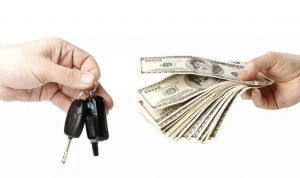 You will have to pay cash – in full – for the old car, probably – as it is hard to get financing for an old car unless it is a pristine condition/restored old car, which defeats the purpose of getting one as far as this discussion is concerned. And you’ll pay more to finance it – if you can finance it – because loans on older cars are higher-interest and shorter duration.

It won’t be as much cash, of course, as a new car would cost you – or at least, it doesn’t have to be. But it still means scraping together about $3k or so to find a decent condition/mechanically viable old car you can drive right now – without putting in another $3k first.

Old cars need more work – more often. Not usually major work, but minor fiddling – such as seasonal/annual carburetor/ignition adjustments. If you’re unable to make these adjustments yourself, you’ll have to find someone who can. Which ties you down rather than frees you up.

Older cars are not nearly as well-protected as newer cars from corrosion; finding an older car that isn’t already rusty is its own challenge and keeping it from rusting is another. Frame/structural rot is a big problem with older vehicles – especially older trucks – and while it’s fixable (if you can weld) it’s not easy and if you can’t weld, it won’t be cheap. This is why there aren’t that many older cars – and trucks – around anymore. If you find one that isn’t rusty, you will want to try to keep it from rusting, chiefly by keeping it from getting wet.

And that’s not going to be easy in the “new normal.” 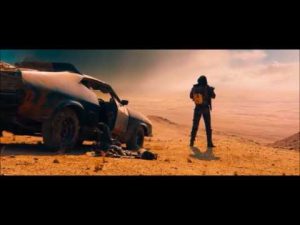 But there are ways – if you start with an old car that isn’t rusty. Oil-bathing the frame and other structural hard points underneath the car is an easy and cheap way to do that. And before you do that, it’s best to start with a frame/hard points that aren’t already being eaten by oxidization. As by sandblasting these parts, then painting or powder-coating them and then oil-bathing them.

The object of this exercise isn’t to win a trophy at the old car show. It is is to maintain mobility in the era of the “new normal.”