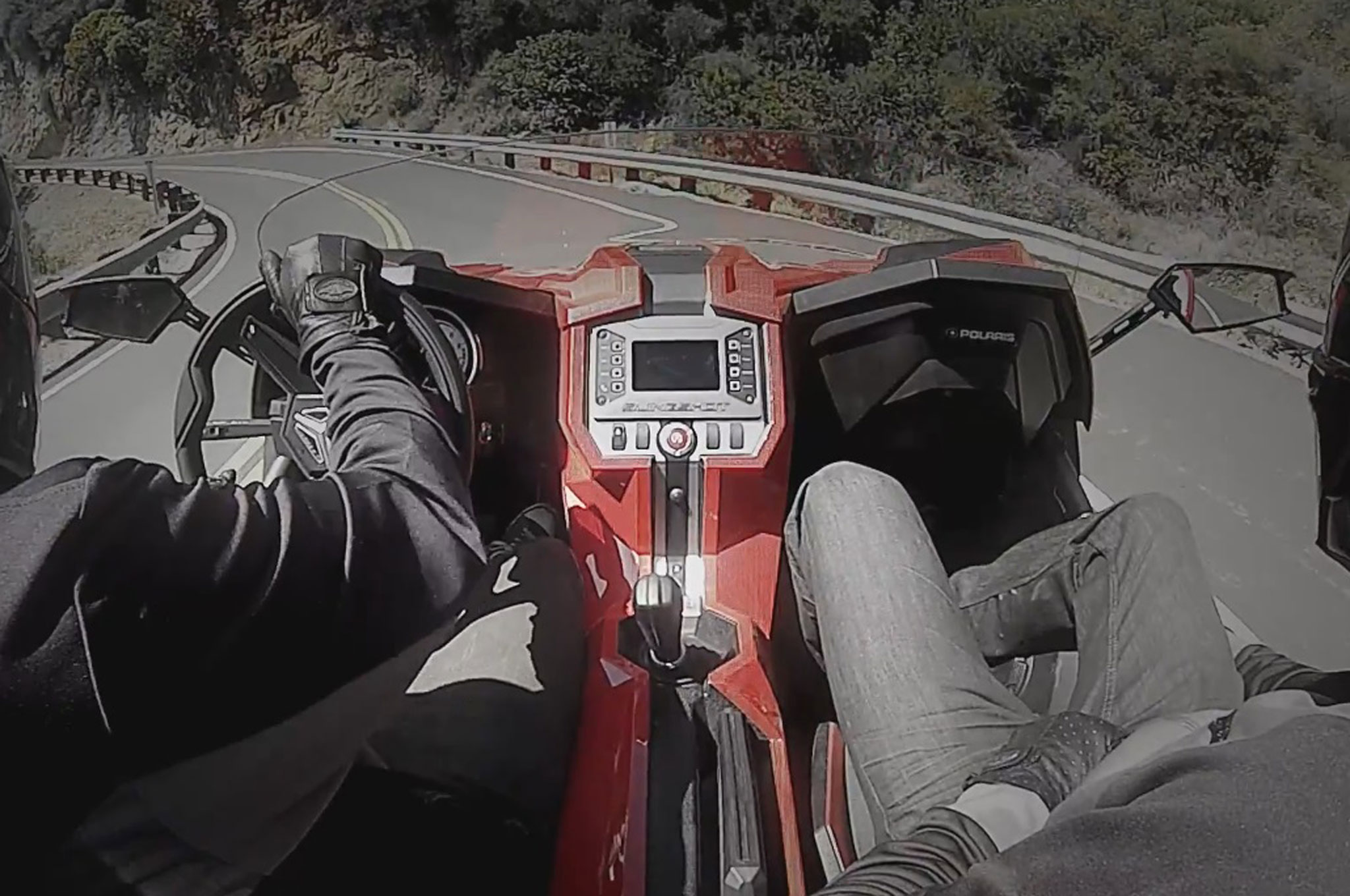 There is a way out. 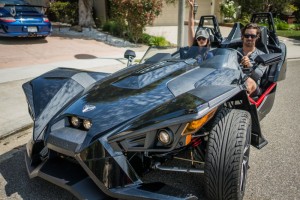 Of half a dozen (or more) air bags and seat belt buzzers and back-up cameras and narc-you-out black boxes and automatic braking (soon to be a mandatory “feature” in all new cars).

Buy a “motorcycle” that just happens to be a car… or close enough to be serviceable as one.

Technically – legally – it is a motorcycle. But it seats two, side-by-side. You do not ride it, as you would a bike. 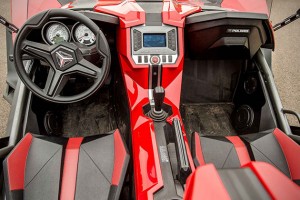 But without all the “safety” folderol – and weight and cost – that every new car comes with, like it or not. Which means the Polaris Slingshot is extremely quick (zero to 60 in under 5 seconds) and extremely fuel efficient (nearly 40 MPG) which is a function of the fact that it weighs just over 1,600 pounds… which is a function of that fact that motorcycles do not have to meet Uncle’s many mandates that apply to cars.

Now, the Slingshot is technically a motorcycle. To maintain that pose, it’s got three wheels rather than four – and it hasn’t got a roof (or doors) though a windshield is available as an option.

This is how it slips through the cracks, Uncle-wise. 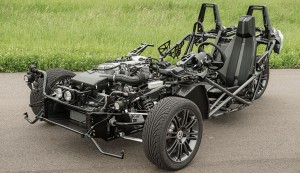 It is sold as a motorcycle – and registered as one. But you could absolutely use it as a car.

Especially if you were to add a targa top and/or similar doors to the thing, for rainy days and such.  Think of the Jeep Wrangler. You can remove the doors in minutes and convertible models have just a fabric top that can be peeled off at will when the weather’s nice and snapped back on when it’s not.

But you can’t remove the Wrangler’s multiple air bags, or the back-up camera or the rest of the Uncle-mandated gear.

With the Slingshot, you don’t have to worry about all that – because it’s not there in the first place.

What is there is a 173 hp 2.4 liter engine (sourced from GM) connected to a five-speed manual transmission (no automatic; move on if you’re that type of person), staggered size lightweight alloy wheels shod with specially made Kenda “Slingshot” high-performance tires (205/50R17s up front, a single 265/35/R18 out back) all snugged into a lightweight steel space frame covered up with removable polymer plastic body panels. 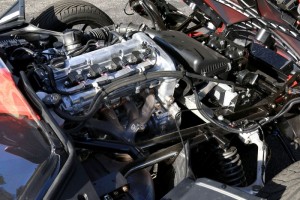 Want to smoke the tires (whoops, the tire) in third gear? No problem.

And modifying the 2.4 liter four for an even better power-to-weight ratio is easy – GM sells a supercharger kit over the counter – and you’ll have the money for that, because the Slingshot only costs about what you’d pay to get into something like a new Civic or Corolla… which would come with the air bags, the back-up camera, the buzzers and all the bullshit. And it’d be slow. Because heavy. And not get particularly good gas mileage, either.

The Slingshot does comes standard with a decent stereo rig (upgradeable to a better one) with Bluetooth and cruise control.

What else do you need?

This is how cars used to be made. Simple. Fun. Accessible. There were Volvos for the dry twats and safety geeks. Now all cars are like that. They look the same, they feel the same (numb, boring).

This thing will not bore you.

It is an antidote to everything that’s gone wrong with the car business. A way to end-run all of that.

Possibly, a way to save the car business. The Slingshot gives us just a peek at the kinds of cars we might have, were it not for Uncle. Elio Motors gives us another glimpse – with the emphasis on virtually free operation (80-plus MPG) rather than warp-speed performance.

Clovers would have their “safety” cars, too. They just wouldn’t be able to force them down our throats.

At just under $20k to start, the Slingshot costs more than most motorcycles – but it’s still cheap relative to most cars. Especially given what it can do – and not just performance-wise.

I mean for your soul. 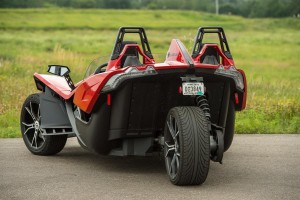 How good would it feel to be free of Uncle and his endless for-your-own-good (but always at your expense) micro-management of the type of car you’re allowed to buy?

Now, you may have to get a motorcycle endorsement to legally drive the Slingshot. But you won’t have to wear a helmet, another bit of  Uncle end-running wonderfulness.

Get one before Uncle notices…

…and before it’s too late.