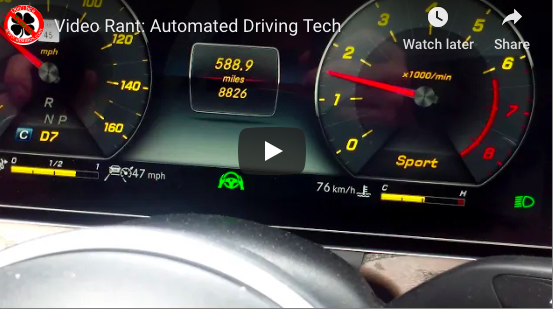 Here’s a look at some of the almost-automated driving tech you’ll find in many new cars, not just high-end cars like the 2019 Mercedes E-Class sedan which I’m using to show you how it works.

This stuff isn’t just coming. It’s already here. And it presents a number of interesting conundrums, or Catch-22s. For example, is the driver supposed to pay attention to driving – or not? If not, why involve him at all? And if yes, why tempt him to not be involved with tech that takes over driving?

My teeth begin to ache…

A Bit of Good News… Well, Sort Of