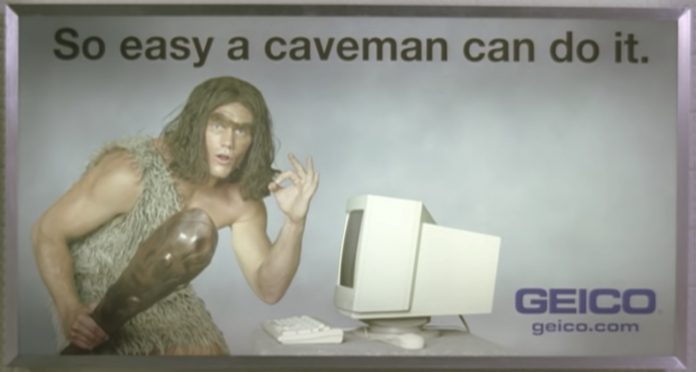 The Titanic could have used more lifeboats.

A current cruise liner, laser welded and multiply redundant, could probably do without any –  because sinking is improbable and help isn’t hours away in the era of GPS and real-time/right-now continuous communication. Yet it has more lifeboats than it needs. Including some that are more like mini ships themselves, with all the things you’d need to spend days on the open ocean. They probably have microwaves and mini-bars, even.

They’ve never been easier to drive; almost no skill is necessary. 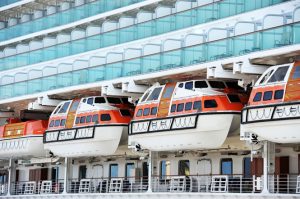 Every new car has power steering; almost all new cars come standard with an automatic transmission. The brakes can’t lock up. To stop quickly, all the driver has to do is push down hard – something an orangutang could probably be trained to do.

“Driving” has been egalitarianized. Anyone not actually a quadruple amputee or blind can do it – and even they could probably pull it off.

If you can get the door open and push a button – off you go. In most new cars it isn’t even necessary to be physically capable of turning a key in an ignition switch. The gear selector is also electronic; in many new cars, you also just push a button to engage Drive.

Even a caveman could do it – as the commercial explained.

A caveman didn’t used to be able to do it – and this may not have been a bad thing.

Power steering and brakes were luxury features as recently as the ‘70s, which in the scheme of things isn’t that long ago. (The ‘70s were the seventh decade of the Car Age. The age we live in now is a small slice of the time cars have been around.) 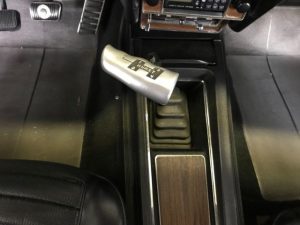 Many cars came with manual transmissions – especially the lower-cost models, which were usually the type that most people learned to drive in. They therefore learned to handle a clutch and shift gears – eventually, smoothly – which required the cultivation of higher-order skills than pressing a button to “make it go” – Pakled style.

They also learned to brake – as distinct from applying the brakes. Braking took skill, including prior to braking – when it was necessary to continuously evaluate one’s speed in relation to objects in the vicinity – such as the car up ahead – and adjust speed and following distance accordingly. Because if you needed to brake suddenly, there was no ABS to prevent you from skidding right into whatever was in your path.

This caused most drivers to pay attention to time/distance relationships; the self-preservation instinct being reasonably strong in most people.

Good drivers developed a high-order skill – it was called threshold braking – which was the application of just enough braking pressure to approach wheel lock, then release just enough enough pressure to avoid it – in order to achieve the shortest possible stop with the vehicle under control and not skidding. This was a kind of human ABS, which required both human skill and human intelligence – both having been superseded in our time by computer skill and intelligence (ABS) with a corollary diminution of the human variety of both. 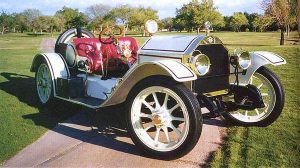 The irony is that today’s caveman-can-drive-them cars are treated as if they were as fearsome and dangerous to handle as a 1914 Stutz Bearcat.

They have so many “assists” that it’s an open question as to who the driver really is. Many new cars require almost nothing from the “driver” at all for things like parking, because they do it themselves. Push a button, the car does the rest. In some new cars it isn’t even necessary for the “driver” to be in the seat (e.g., the keyfob-activated automated self-parking feature Mercedes and BMW offer in their new cars).

A majority of new cars can stop – and steer – themselves without the “driver” so much as pushing a button.

Not surprisingly, the typical “driver” who learned to “drive” under the present regime is skilled to the extent he is able to push buttons. Ironically, he needs the “assists,” because all of this assistance has rendered him incompetent.

People used to be better drivers because they had no alternative. Many were competent.

If you can operate a car with a manual transmission, for instance, you stand in the position of Homo Neanderthalensis in relation to Homo Erectus, in terms of what you are capable of.

But what appears to be the desired outcome is H. Erectus reborn. Evolutionary recession. A step backward.

In order to keep him from thinking. Which might lead to him acting in ways not wanted.

The Virtue of Pressure