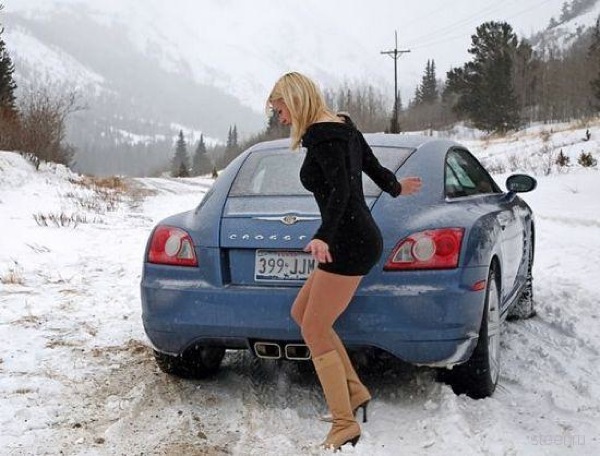 Times have, as the saying goes, changed. 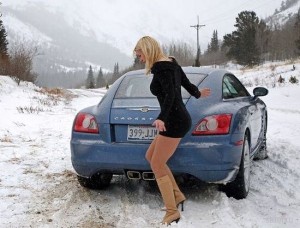 If you learned how to drive before – roughly – the mid-1980s, you probably learned how to drive in a car without anti-lock brakes or traction/stability control. The skills acquired (hopefully!) such as learning to apply just enough braking pressure to slow the car without locking up the wheels – and to back off the brakes if the wheels did lock up (so that you could still steer the car) are great to have but to a great extent no longer apply.

In any car equipped with anti-lock brakes (which for all practical purposes is pretty much every car made within the past 10-15 years) one must unlearn the habit of modulating braking pressure. To slow/stop the car, you should apply the brakes full force. The ABS system will prevent the wheels from locking up while applying the maximum possible clamping force, which will slow/stop the car as quickly as is physically possible (short of hitting a fixed object like a telephone pole).

You can concentrate on steering. 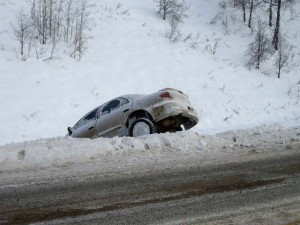 This is a big deal.

In the pre-ABS days, many wrecks were the result of wheel lock-up and a subsequent uncontrolled skid caused by applying full braking force and not letting up. The car would skid in whatever direction it had been traveling unless the driver knew to let off the brakes a little – an instinctively hard thing to do, if the driver has not had training in the art of threshold braking.

With ABS, that problem is eliminated. Steering may feel heavier (as a result of the ABS system pumping the brake calipers) but you will be able to steer even with full braking force applied – and the same rules about steering into the skid apply.

When you apply the brakes, weight transfer occurs. Specifically, there is now more weight bearing down on the front wheels – and this aids traction. By turning into the skid, you also increase the car’s rolling resistance, scrub off speed, and by dint of both, reduce its tendency to slide off the road. It’s not a get-out-of-the ditch-free card, though. Excess speed (inertia) may be such that the car still slides off the road. This is why it’s important to compensate for reduced traction (in snow and rain) with reduced speed. And also to factor in the type of vehicle you’re driving. A 2WD truck, for instance, will be much more prone to loss of control – at lower speeds – than an AWD sport sedan. The truck’s center of gravity is higher – and it is lighter in the tail. The tendency of the back end to swing around when the brakes are applied is greater.

This can be compensated for to some extent by either gearing down or  – counter-intuitively – giving it gas (applying throttle) as you enter the corner, maintaining it through the arc of the curve. Your object is the same as steering into the skid: To transfer weight in order to increase traction. You should try to scrub speed before entering a curve – and avoid abruptly lifting off the throttle mid-curve. 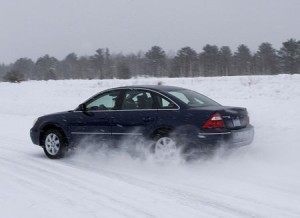 However, this is a technique – like threshold braking – that few people who’ve not had some high-performance driver training possess.

Enter traction/stability control – which almost all modern cars now come with as part of the standard equipment package. Typically, these systems use the ABS to apply braking pressure to individual wheels during cornering maneuvers when a tipping point is reached that would otherwise result in the vehicle violently understeering (front end turning toward the inside of the turn) or oversteering (the rear end of the vehicle swinging around, often resulting in a 180 or even 360 degree spin-out).

Throttle inputs are frequently adjusted in tandem – all of it done automatically, with no input needed from the driver. Indeed, these technologies correct for driver error – and because few drivers have had real training in vehicle dynamics and car control, there’s little doubt that, overall, they have made driving considerably safer for most people. 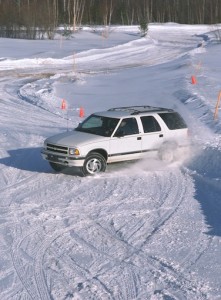 These are the upsides to ABS and traction/stability control.

But, there are downsides, too.

One of the big ones is the way ABS/traction controlled cars fight you when, for instance, you’re trying to bull your way up a snow (or ice-slicked) road.

Maintaining momentum is critical, but made hard (if not impossible) when the traction control dials back throttle and pumps the brakes – even as you’re mashing the gas, trying to keep the thing moving. The really dastardly thing is that – in some cars – there’s no simple way to disengage the system. It is always on – or at least, partially on (even when the “off” button is pressed). Depending on the make/model, you may have to completely stop the car before you can turn the TCS off – and the last thing you want to do when trying to ascend a slick grade is to stop the car midway up the hill.

Or, you have to go through a series of literally Rube Goldberg-esque steps: Pull the parking brake handle up, start car, depress brake two times, then pull the hand brake up and down twice, release hand brake and depress brake pedal two more times. And no, I am not making that up. It’s the procedure for disabling the traction control in the current Toyota Yaris. 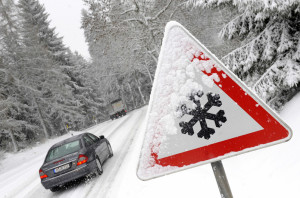 ABS, meanwhile, has a downside as well.

On black ice, the distance it takes to stop the car may increase if the driver simply jams on the brake pedal. Reason? The ABS system works by automatically applying brake pressure just short of wheel-lock, then releasing pressure just enough to let the wheel continue to turn without locking up.

Friction – and inertia – are key players.

But on ice, friction is greatly diminished – and when braking force is applied, all four wheels may immediately lock simultaneously – which the system reads in the same way it would as if the vehicle were parked at the curb and stationary. The ABS is defeated – and the car will just slide. 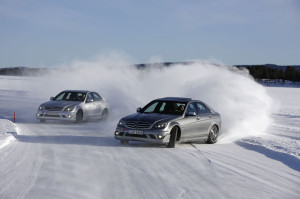 On ice, the Old School method of threshold braking – manually (with your foot) applying just enough pressure to slow the car without locking the wheels up – will help keep you out of the ditch.

And the good news is you’ll still be able to steer – sort of – even if the wheels do lock up.

Be careful out there!

Good Cars are Bad for Business!