GM – and the auto industry in general – were accused some 40 years ago of perpetrating “planned obsolescence” – that is, deliberately redesigning cars each year, usually in trivial, cosmetic ways, in order to make last year’s cars seem “old” – and thus encourage the purchase of the new – and “latest” thing. 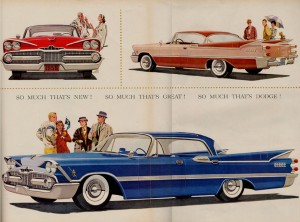 Maybe so. In fact, probably so. But it was a psychological – or marketing – effort and not coercive. In a way, it was all rather innocent. No one forced you to buy a new car – or get rid of your old one. If your older car still ran well and looked good (to you) then you could drive it for as long as you liked. And because the cars of that era were much simpler – and largely free of government-mandated elaborate (and expensive) equipment – it was possible for a person with some basic mechanical skills and the interest necessary to keep an older car going almost indefinitely.

Most people have no idea that modern cars are increasingly designed not merely to be less-than-stylish after a year or two – but to be throw-aways after about 8-10 years or so. This is the point at which the average car’s retail value falls below $10,000  – when the cost to repair/replace certain components becomes prohibitive relative to the value of the car itself.

And the best (well, worst) part is the government will force you to throw the car away.

Tens of thousands of otherwise perfectly sound older vehicles, often with many years of useful service life left in them, are junked every year solely because the cost to replace a deployed air bag (or bags) is too high relative to the value of the car itself. A 2002 Toyota Camry, for example, has an average retail value of around $7,000 right now. If the owner of such a car is involved in an accident – not catastrophic, but sufficient to cause both the driver and passenger side air bags to deploy – the car will invariably be thrown away. Even if the car only has 70,000 miles on the clock and still runs great and could be driven for another ten years or more. 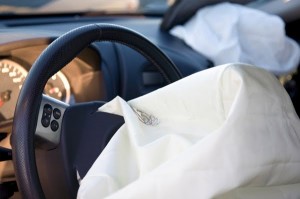 Because while the physical damage to the car’s bodywork might be light – and fixable for a reasonable sum – the costs associated with replacing the airbags will not be reasonable, relative to the value of the car. Often, air bag replacement costs will push the total repair bill to 40 percent or more of the vehicle’s pre-accident market value.

This is the point at which most insurance companies will “total” – that is, throw away – a vehicle. And it’s a threshold that’s alarmingly easy to reach – even if most people are unaware of it.

In the Camry example, replacing the driver and passenger side air bags – which also means replacing the entire steering wheel and (usually) the dashboard – will cost in the neighborhood of $2,500. By itself – before even factoring in the cost of repairing body damage – replacing the air bags and associated components has pushed the repair estimate to the 40 percent threshold. Add $2,000 for bodywork – which these days is a small sum – and you’re at 60 percent. And the car’s toast.

Or rather, it’s toaster fodder.

Think of the probably millions of cars out there with “book values” of $10,000 or less. Each one is in peril – every day – of being junked as a result of modern planned obsolescence. If your car is worth less than $5,000 it’s not just in peril of being junked. Check Anaconda Catalogue and Best and less Catalogue.

It is guaranteed to be junked if it’s ever involved in an accident that results in an air bag deployment.

There are also the seatbelt pretensioners to factor into the mix. Most new cars – and recent vintage cars – have these. Just like air bags, there are one-shot-use explosive charges built into the seatbelts that go off during an accident. These, too, must be replaced. 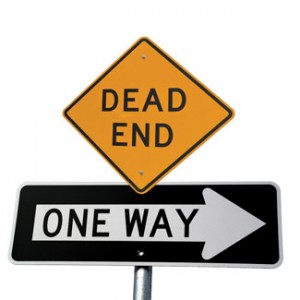 Because it is against the law to not fix any federally mandated “safety” device. You do not have the liberty to decide for yourself that doing without air bags is better than doing with a new car payment. You must either fix the car – or throw the car away. If the insurance company won’t pay to fix the car because the repair costs exceed the magic 40 percent threshold – and you can’t afford to pay the bill on you’re own (which would be most people) then the outcome is a foregone conclusion: To the junkyard!

A car that came with airbags (and seatbelt pretensioners and all the rest of it) from the factory must have intact/operational air bags forever – in order to be legally operable on public roads. Cost notwithstanding.

And the “or else” is very real. If you are caught driving a car that had airbags but which doesn’t have them anymore – it’s sufficient legal pretext for cops to seize the vehicle. So even if you manage to get past the government-mandated “safety” inspection one must pass each year in many states, if you roll up on a “safety” checkpoint and Officer Unfriendly sees the defunct/not-there air bags, he’s got you.

Given that almost all new cars come with at least four air bags – two up front and two in each passenger side door – and many comew ith six or more – the average new car will probably reach the economic event horizon much sooner than 8-10 years. Especially for lower-end new cars that only cost $15,000 or so when new.

This newfangled take on the planned obsolescence concept may be the car industry’s way of dealing with the problem – from their point-of-view – of the much-improved durability of modern cars. The occasional lemon excepted, almost any recent-vintage car will go for 12-15 years and 150,000 miles or more before it gets to the point of being mechanically unreliable or a money pit to keep going. While this is great news for consumers, it’s terrible news for the car companies – which want you to buy a new car much more often than once every 12-15 years.

The solution?Accelerate the timetable. Build cars with a built-in expiration date – enforced by government. Deliberately contrived or not – the fact is that modern cars, after a certain point, become unfixable. Not mechanically.

But economically – and legally.

Throw  it in the Woods?

Is Chay-suss returning? The End of the World?