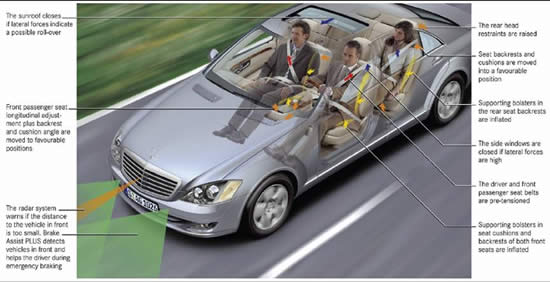 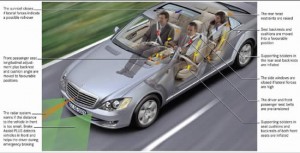 And of course, it won’t be NHTSA that’s paying for it.

We will be paying for it.

It’s called “Brake Assist” – and it’s a feature (currently optional) that can be found in several higher-end new cars. It’s a high-tech form of idiot-proofing, designed to end-run the problem of inattentive drivers by having the car pay attention instead. The vehicle is fitted with radar or cameras that have the ability to detect objects in the vehicle’s path. If the driver doesn’t react to the presence of these potential obstacles within a predetermined time, the system takes over and automatically applies the brakes. Some systems are capable of completely stopping the car without the driver even putting his foot over the brake pedal. 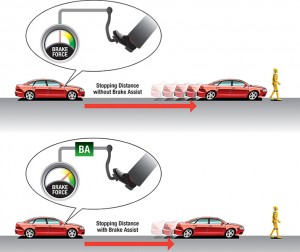 Cue broken record… making this technology part of the required-by-law package of standard safety equipment in all new cars will “save lives.” Which is probably true – but then, so would outlawing driving altogether.

You know what might really save lives? Encouraging people to be better drivers. Expecting them to pay attention to what’s going on around them. To be prepared to brake for themselves when the need to do so arises.

Ah, but that would be expecting too much – and besides, there’s neither money nor power in that. 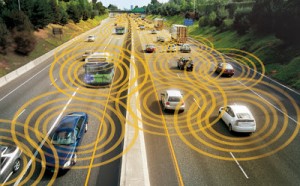 Adding Brake Assist will add another line-item to the bottom line cost of new cars. How much per car, it’s hard to say – because right now, Brake Assist is integrated with a roster of other complex system in expensive high-end cars. But figure a couple hundred bucks at least up front – and potentially a lot more down the road, as the various components begin to fail and have to be replaced.

The average new car’s braking system is already a very complex system because of add-ons such as ABS and traction/stability control (which works through the ABS system). Like these features or hate these features, there’s no debate about the expense of these features. Just one example: An ABS-equipped car has a part called an ABS pump. This is the device that pumps the brakes for you, in order to avoid the wheels locking up during a panic stop and so, avoiding an uncontrolled skid. That’s great. But if/when the pump goes bad – and this happens pretty regularly, because people tend not to get their brake systems flushed as often as they ought to and old, contaminated brake fluid is very hard on ABS pumps – the vehicle’s owner is typically looking at a $500-plus bill for a new pump.

You might remember the days – not all that long ago – when you could service the entire brake system for a third that amount. 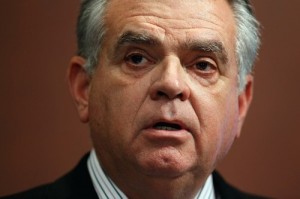 Point being, there are costs involved. And given that it’s us – each of us, as individuals – who will pay them – shouldn’t we have a say in the matter? There’s something startlingly obnoxious about a bureaucrat in an agency deciding for us – and then handing us the bill. Such a bureaucrat is one David Friedman, the new deputy (stellvertreter des fuhrers) head of NHTSA. Friedman was formerly a “transportation analyst” at the Union of Concerned Scientists – a left-wing authoritarian outfit that’s one of the epicenters of For Your Own Good at Gunpoint. He, of course, “earns” a six-figure income extracted by force from unwilling victims (that’s us) and so, probably won’t notice or much mind paying an extra couple hundred bucks for his next new car, equipped with the mandatory Brake Assist. But what about the rest of us? Perhaps we’d like to have the choice. Our choice. Since we’re being “asked” to pay the bill, after all. 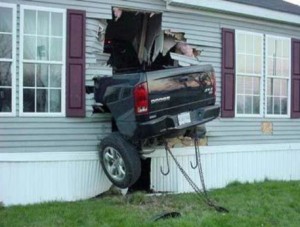 But the real cost ought to be measured in terms of ever-lowering competence expectations. Brake Assist will arguably make drivers less attentive – since after all, the car is now paying attention for them. And less attentive drivers are – wait for it – less safe drivers. Brake Assist might not work one fine day – then what? Will the driver of a car so equipped who expected his car to stop for him be consoled by the fact that it should have stopped but didn’t – and the car ended up plowing into something – or someone? 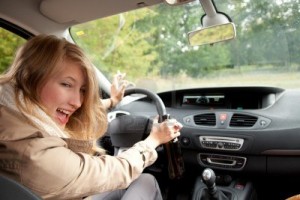 Granted, that’s not likely to be a common occurrence (even though it could and probably will happen as no man-made system is or ever can be free of flaws; eventually, everything falls apart/stop working; it’s called entropy). But we can already see the effects of dumbed-down driving all around us. Cars have never been more capable than they are right now. But drivers – on average – have never been worse. There is a relationship. When it took more skill – and attentiveness – to operate a motor vehicle, the typical driver had to – of necessity – acquire some skills and practice them. This made him a better – and thus, safer – driver. As cars take less and less skill to operate, the result is going to be, almost axiomatically, lower-skilled drivers. 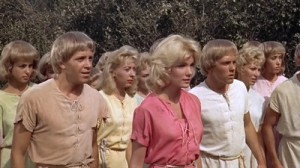 Technology is only as good as the people who use it. A highway full of Eloi in automated or nearly automated cars conjures a bleak picture of a future, not too far off, in which passivity trumps competence. In which people don’t do things but expect things to do for them.

It’s a world that appeal to guys like David Friedman, perhaps. But it makes me want to run for the hills, screaming at the top of my lungs.