Big Business has discovered that it can do business with Big Government – and vice versa – the two spooning together like lovesick newlyweds. Of course, it’s us – the Mundanes – who end up getting screwed. 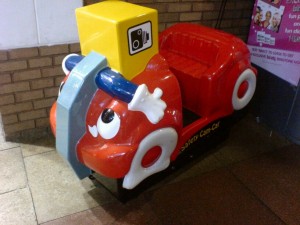 It’s not even necessary to actually mandate such things anymore. The government was threatening to do that – but retreated from actually issuing the fatwa – which had been scheduled to go into effect beginning with the 2014 model year. (A final “ruling” is slated to be issued by NHTSA by December 31.)

Perhaps because the car companies are de facto mandating the things already.

As a practical matter,  any new car that’s not a really basic, bare-bones economy car already has the LCD display – so adding the cameras is an easy thing to do. So, it is done. Why not? It means more money for all (except the buyer,  of course) and the car companies can bray about their “commitment to safety” – which these days is what horsepower and sex appeal were to another generation, long gone.  Plus, by being ahead of the curve – that is, ahead of the de jure mandate – which will surely come – they will save themselves some hassle.

But what about saving us – their customers – some hassle? 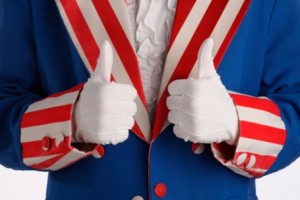 There was a time – hard to believe, I realize – when businesses actively worked to please customers – as opposed to the government. Or at least, felt they had to try to please the customer – and saw the government as an impediment.

When a politician or DOT/NHTSA bureaucrat went after a car company, the car company fought back. Sometimes, they even fought back dirty – just as the government always fights dirty (because it does not use persuasion, only force). But at some point – probably in the early 1970s – the industry made a hive-mind decision to join ’em rather than fight ’em – because (so they reasoned) you can’t beat ’em. The first clear sign  of this change in tack was when they jumped in the sack with then-NHTSA Head Clover Joan Claybrook – and birthed the Supplemental Restraint (air bag) mandate.

GM – and Chrysler – had tried persuasion. They put air bags on the options list in the early-mid ’70s. Not many buyers opted for them. No doubt because they were big ticket options – about $800 in early 1970s money, equivalent to the cost of air conditioning (which in those days was also a big-ticket option in most cars).

When persuasion didn’t work, they decided to use force. So-called SRS systems became required by law. All new cars had to have them. 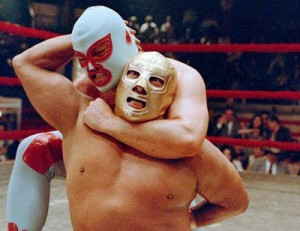 A great deal of money was made – and that set in motion the dynamic playing out today. The automakers “fight” proposed new mandates in the same way that Hulk Hogan fought Andre the Giant. They put on a great show – but the outcome is not in doubt. And lately – as in the case of this back-up camera business – the car companies are skipping the staged match altogether by anticipating the mandate. By fitting cars with cameras (and LCD displays) before the government actually requires them.

Make it a fate accompli.

And make a tidy profit.

People – most people – won’t object. They’ve been so thoroughly brainwashed into rabid worship of “safety” – if it saves even one life, it’s worth doing – that it won’t strike them as ludicrous to fit Fiat 500s and SmartCars with back-up cameras (and possibly back-up buzzers, too). Because it is entirely possible that someone might fail to notice the tot sleeping behind the back tire…  ergo, the possibility of even one idiot behaving like, well, an idiot requires the entire country of 300 million-plus be idiot-proofed.

Count on it – and expect to pay for it, too – if you want a new car. Even though you may not have kids. Or if you do, you’re the sort who makes sure – by actually looking – that there aren’t any behind the rear tire before you put the car in reverse. It doesn’t matter. There is money to be made. And so, back-up cameras will be made mandatory – de facto or de jure, it doesn’t really matter. Because either way, you and I will pay.

Excuse Me … And The Backwards Notion of American Courtesy.