Probably the single biggest impediment to doing DIY work on a late-model car is the space issue – getting at the engine, being able to reach the part that needs attention. If you can’t get your hands – or a tool –  on it, you can’t fix or replace it. 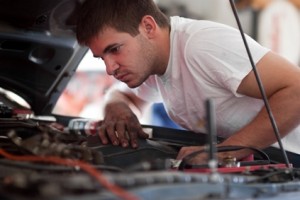 Some late model cars are better in this respect than others – but all of them are pretty bad, relative to the old stuff – “old stuff” being the cars of the pre-1980s era. Back then, most cars were rear-drive and so had their engines mounted longitudinally – facing forward, with the transmission bolted to the back of the engine. The transmission, in turn, fed the power to the back wheels and a separate axle assembly via a long driveshaft. This spread out the components that made up the car’s drivetrain – allowing for more room under the hood. Cars were also – generally – larger – and many had larger engine compartments.  It made working on them physically easier – and also less intimidating.

More on this in a moment.

Most modern cars, in contrast, are front-wheel-drive or based on a FWD layout. Their engines are typically mounted transversely – that is, sideways. This can make it a challenge to get at – or even see –  the other side of V-6 engines, which have one cylinder bank crammed up against the firewall.

Also, even in the relative handful of RWD cars still being made, what’s called “packaging” in the lingo of the car business is much tighter than it used to be. The automakers use every inch of available space. There is very little daylight on either side of the engine. When you open the hood, you see a mass of wires and brackets and components all snugged up together thick as thieves. 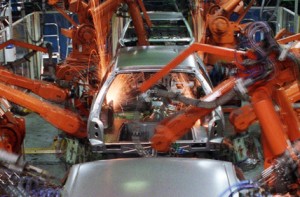 You look at it and wonder: How did they ever get all that in there? Well, the answer often is: They put the engine in first – and built the car around the engine. Some late model cars had their engines put in from below, as they moved down the assembly line.

All of this can make getting at even routine maintenance items such as drive belts, spark plugs, coolant hoses and so on a knuckle-busting, extra frustrating  job. It can also put the kibosh on even thinking about doing DIY work. You pop the hood, look at all that – and say, forget it.

I’ll just take it to the man.

But, don’t let the fear keep you from proceeding.

I think part of the reason people in my generation (Generation X) and those before us took more to working on cars than today’s generation is because when my generation was in high school, working on cars seemed simpler. You popped the hood – and there it was, the engine. You could see it – and get at it. For a kid just learning the ropes, it didn’t take all that much courage to spin off the wingnut that held the top of the air cleaner in place and take a look at the filter. Or buy a cheap socket set and remove a spark plug.  After all, it was right there. Anyone could do it.

And so, we did. We learned more as we got better at it – but taking that first step made all the difference.

In most new cars, there is an air box – typically held in place by several complicated-looking screws or snaps. Sometimes you have to take off a plastic engine cover just to get at that. It’s intimidating if you haven’t done it before – and don’t know where to start.

Which is probably why many people never start. 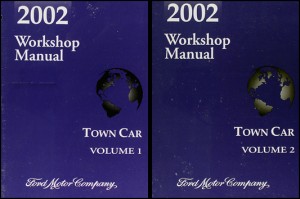 The spark plugs are … well, hmmmm …. somewhere. With coil-on-plug ignition, it’s hard to see exactly where – because you can’t follow a wire from the distributor to the plug, as you could with a pre-’80s era car. The plug itself is often buried deep down in a hole, too – instead of sticking out obviously and enticingly accessibly from the cylinder head.

But – it looks worse than it actually is. The main difference – then vs. now – is that the old stuff was to a much greater extent self-evident, in the sense that you could look at it and – usually – figure it out on your own using basic tools and common sense. Whereas today’s stuff often needs a little reading first.

As in – read the service manual.

And maybe some better tools, too.

For about $30 you can buy yourself the mechanical equivalent of the Rosetta Stone – aka a factory shop manual – a tome that will make the incomprehensible and intimidating comprehensible and thus, manageable. Look for used copies online – in text form or CD. It should be easy to find what you need for any recent-vintage car. If you can’t find a factory shop manual, the next best thing is an aftermarket repair manual such as those produced by Chilton or Haynes – which you can buy new for about the same $30 at any auto parts store.

Read, then do. It really is that easy. The manual just holds your hand while you do. For example, the air box referenced above. The manual will have a picture that shows where the snaps are – or the screws that need to be loosened; the air ducts that have to be temporarily disconnected – and so on. Take it a step at a time. Once you’ve done it the first time, it’ll be much easier the second time around. You’ll get the concept – and things will begin to make sense. Then you’ll begin to grow confidence. And then you’ll really be on your way. This includes electronics – and diagnostics – by the way. It’s not as terrifying as it appears. Not necessarily any more so than dealing with all the small parts, springs, gaskets, screws and bolts that hold together am old-timey carburetor, anyhow. 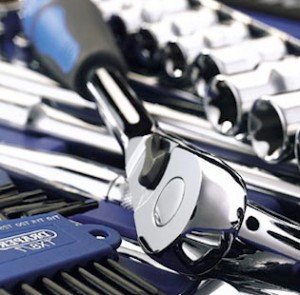 If, of course, you have the right tools, too.

That’s the second secret to succeeding when it comes to fiddling with modern cars. In the past, a very basic $20 socket set, some wrenches and a set of el cheapo screwdrivers was usually enough to finagle through most DIY-type maintenance/repairs. With modern cars – specifically, with your specific modern car – you may need tools specifically designed for it. This little obstacle often frustrates would-be DIY’ers into hanging it up – and calling the man. But if you have the manual – you’ll know you may need a special tool. Then you won’t drive yourself crazy 0r or throw stuff  at the car – or break the car.

And the best part is you might not even have to buy the tool. In many areas, auto parts stores offer tool rental. You leave them a deposit equivalent to the purchase price of the tool, then go fix your car. Bring the tool back – and get your money back. Or, keep the tool – if you decide it’s a gotta-have. Ask about this.

The bottom line is that while it’s true a lot has changed,  it is still possible to do routine service – a lot of it, at least – on your own. And this can save you a lot of money (labor rates for the man are in the neighborhood of $100/hour in many areas) as well as give you a great deal of satisfaction.

The satisfaction that comes from knowing – and being able to do. Try it out. It’s a pretty good feeling! 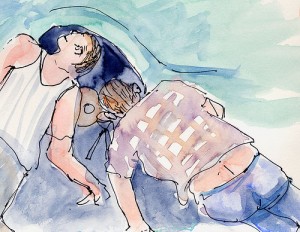