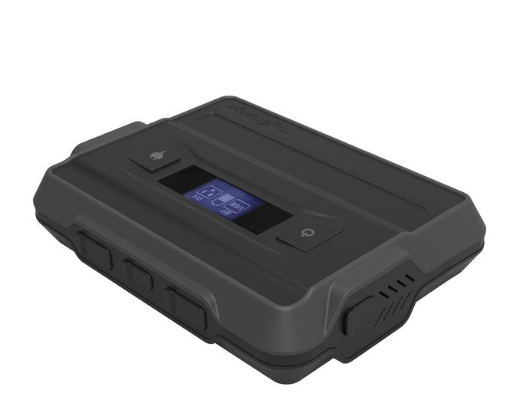 I occasionally get products to try out – and write about. The latest is a portable inverter/charge station called the MyCharge Adventure Ultra –  which lists for about $90 on Amazon (here) which is about $50 less than the $129.99 retail price listed on the manufacturer’s web site (here).

Either way, what you get is a very compact power source for laptops, phones and even TVs – up to about 45 watts, after which an internal safety kicks in and automatically turns off the juice.

The thing that got me excited most – at first – was the fourth power point, which is a household type three-prong grounded outlet. Here’s where you can plug in a TV or electric fan or shop light. This is handy when you haven’t got a household outlet nearby.

Or the power is out.

I was hoping that I could power my Sawzall. How cool would it be to be able to climb up a tree and limb the mother without having to risk a chainsaw de-limbing of myself? But, alas, the Adventure Ultra hasn’t got the juice for heavy-duty stuff like that.

But, it’s still handy to have a way to keep things like a laptop – and WiFi router – alive during a three-day blackout. Or when camping. It beats hand-cranking an emergency survival light.

It’s very simple to use. Literally, just one AC plug – to charge up the battery. The rest is pretty self-explanatory. Two standard USB ports; one direct, ‘Droid-type port. Plus the household/three-prong plug-in.

I checked out customer reviews on Amazon and elsewhere; no negative comments. I don’t have any, either.

The thing I liked most – or found most useful – is the size of the thing. It is small enough  to fit inside cargo pants pockets, which means you don’t have to lug it around by hand, or in a backpack.

It also fits easily in most car gloveboxes, too – which is a good place to keep one since you never know when you might need power – and your vehicle might not be able to provide it.

I give it the EPautos thumbs up!

Why Armed Government Workers Can’t Be Trusted With Arms