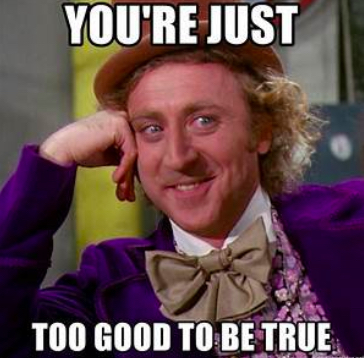 Rust has become almost a non-problem. Reliability is a given.

The internal combustion engine has been refined to near perfection; the huge gains made in the past – from flatheads to overhead valves, from carburetors to fuel injection – are no longer being made. 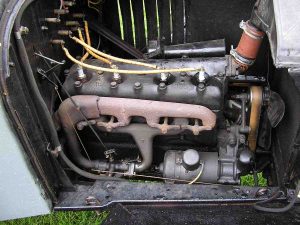 Hard-starting/stalling, hesitation and surge – these are things which haven’t been “features” in new cars for at least 25 years.

All new cars are largely maintenance-free for the first several years of driving. Most will run for 12-15 years before anything major requires repair. This has been true since at least the early 2000s – almost 20 years ago.

It’s been hard to buy a new car without standard air conditioning since Bill Clinton was president.

It is not possible today.

Power accessories which were regarded as luxuries once upon a time –  e.g., cruise control, intermittent windshield wipers, climate control AC and electric seats – are commonplace and generally standard equipment in most new cars and have been for at least the past five years.

Power windows and locks are givens.

Every new car has a pretty good stereo system – included. Most offer a very good one.

No great strides in functionality, reliability or even luxury are happening anymore – as was routine and expected when a buyer went new car shopping for most of the past 100 years. What’s the difference – in meaningful terms – between a 2015 and 2020 car?

Not much – other than the price, of course.

Which probably explains why it’s getting harder to sell the newest ones.

So how to sell them? 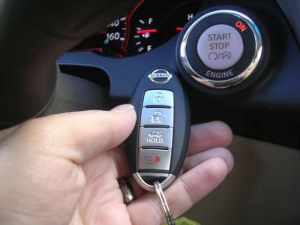 Electrify everything – including things that probably shouldn’t be.

Two examples come to mind – because they’re becoming hard to avoid in the newest new cars: keyless/pushbutton ignition and electric parking brakes. They offer a marginal increase in convenience, perhaps – if you find it a great chore to insert a key in a switch and turn it.

Or to pull up a lever to set the parking brake.

The marginal convenience these gimmicks provide comes at great cost – in terms of money as well as other things. 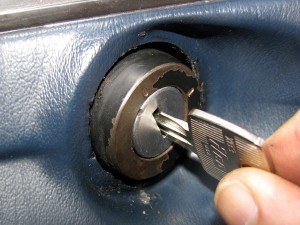 A keyless/pushbutton ignition system means electronic key fobs – which transmit a signal to the ignition to start the engine when the driver (who may not be the owner; more below) pushes the button. The fobs are expensive. Some of the latest – the ones that have LCD displays built in – cost several hundred dollars each to replace when they go kaput or you lose them . . . vs. $10 to cut a key.

Which will never go kaput. Even if you run it through the washing machine because you left it in your pants pocket.

Fobs can also be hacked – just like an electric garage door opener. If someone figures out the code, they can start your car without a key. And get in it, too – including the trunk – since the keyless system also unlocks the doors (and trunk, where you left your laptop). 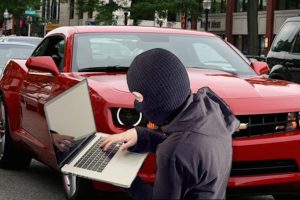 This is not possible with a physically keyed system – unless someone physically breaks into the car and physically hot wires the ignition. This sort of thing is more obvious – and more difficult. A guy jimmying a car door or busting open a steering column to get at the wires is much more suspicious than a guy who just opens the door – or trunk – just as you, the rightful owner would . . . and gets “his” stuff.

Or gets in – and drives away.

Whenever the car stops moving, ASS makes sure the engine isn’t running – to “save gas” (a rant for another time).

But this sets up a potentially dangerous – even lethal – scenario:

The car has stopped moving – so the engine automatically stops running. But you are parking. Since the engine’s off, you don’t push the button to turn it off. Or you thought you had. But the ignition is still hot – and the engine will come back on after you’ve left the car.

It’s easy enough to do – when you don’t have to turn a key to shut off the engine.

If you’re parking the car, you will do this  – turn the key (and thus the engine off) automatically, as a matter of rote.

Because no one parks a car and leaves it there with the key in the ignition.

This makes keyed ignition a failsafe – against theft and death. Unless the driver is wanting that, he won’t leave the key in the ignition – and the engine on – when he parks the car on the street or in his garage and leaves it there.

With keyless/pushbutton, he might. Some have. Several have died – from carbon monoxide poisoning.

Electric parking brakes are another. Replace a simple pull-up lever and a cable that applies mechanical pressure to the brakes with not-so-simple sensors and wires and actuators.

It adds cost – and takes away control. 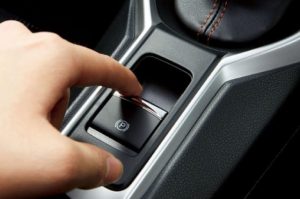 You can’t apply the electric parking brake manually – and gradually. It is either on – or off. When on, it applies the brakes full force, just as would happen if you yanked a mechanical parking brake lever all the way up, full force. But with a mechanical pull-up lever, you can pull it up just enough to slow the car in a controlled manner – without locking up the wheels and causing the car to go into a skid –  if the main brakes ever fail.

And the mechanical pull-up brake will always work – even if the car’s electrical system has failed. The electrically activated parking brake won’t.

But all you have to do now is push a button!

Well, that – and agree to buy the new car.

Reader Question: Is it Stopped or Started?