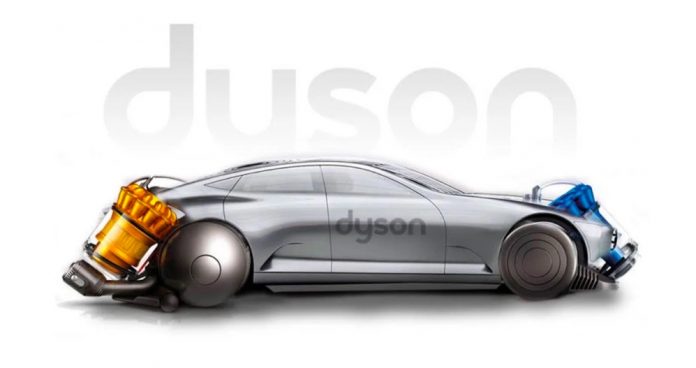 James Dyson, the British inventor of the bagless vacuum cleaner, has canceled an electric vehicle project because the plan was not commercially viable.

“The Dyson Automotive team has developed a fantastic car; they have been ingenious in their approach while remaining faithful to our philosophies,” Dyson said in an email to staff. “However, though we have tried very hard throughout the development process, we simply can no longer see a way to make it commercially viable.”

The company had tried to find a buyer for the project but had not succeeded, he said.

Dyson aimed to bring three electric vehicles to market, with the first model due by 2021, building on its expertise in batteries and electric motors to develop EVs. He aimed to disrupt the auto industry in the same way that his vacuum cleaners caused a revolution in the domestic appliance market.

Some 500 engineers had been working on the project, mostly based at its site in Malmesbury and Hullavington in southwest England.

Dyson said the company was working to find alternative roles for as many of them as possible within other areas of its business, which makes air purifiers, fans and hair dryers as well as cleaners.

What’s interesting about all this – beyond the admission of commercial unviability – is that Dyson did really well with battery-powered vacuum cleaners.

Batteries work well in things that are small and light – like vacuum cleaners and cordless drills. But they work terribly – and expensively – in things like cars, which are very heavy and so use exponentially more power.

Vacuum  cleaners are cordless drills are also usually used intermittently, so the recharge issue isn’t usually an issue. And most drills and small battery powered tools come with an extra battery that can be kept on the charger and popped in easily to replace the one that needs to be recharged.

That isn’t possible – feasible – with electric cars because of the cost of batteries (just one costs many thousands of dollars) and also because it’s not easy to just pop in a new one – and never will be.

Some have floated the idea of “quick change” battery pack replacement but try to imagine the physical infrastructure that would be needed to remove/replace several hundred pounds of EV battery pack in say 5 minutes or so – and what it would cost to build that infrastructure. And maintain it. And then deal wit the inevitable issue of people trying to pawn off their ruined/damaged battery packs for a fresh/undamaged one.