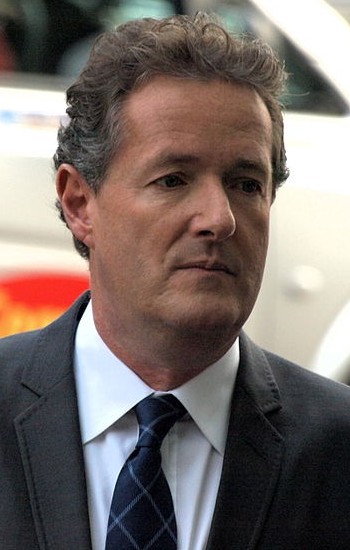 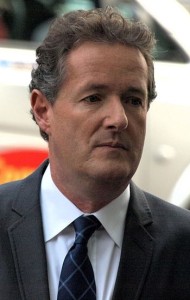 After his show was axed by CNN, television host Piers Morgan admitted that his relentless advocacy for gun control was the primary factor behind plunging ratings that led to the decision to shelve the broadcast, proving that Americans will not tolerate the establishment media undermining constitutional freedoms in concert with White House talking points.

Asserting that his show being canceled had nothing to do with recent revelations that he had been interviewed by police over the phone hacking scandal, Morgan admitted, “Look, I am a British guy debating American cultural issues, including guns, which has been very polarizing, and there is no doubt that there are many in the audience who are tired of me banging on about it.”

After taking over Larry King’s spot in January 2011, Morgan’s viewing figures have been on a steady decline, sinking to just 50,000 viewers among adults aged 25-54 for his February 18 broadcast.

Morgan undoubtedly attempted to capitalize on the unusually high ratings he enjoyed in the immediate aftermath of radio host Alex Jones’ appearance by continuously pushing the gun control angle.

Although this worked for a while, the sheer lack of support for such measures amongst the American people (polls show enthusiasm for restricting Second Amendment rights is fading), eventually took its toll.

In addition, the establishment’s disconnect in thinking a British citizen lecturing Americans on social issues would go down well was a monumental mistake.

However, Morgan’s treatment is not a special case. He is the victim of the general malaise that mainstream media finds itself mired in thanks to Americans’ growing distrust of television news.

Liberty is popular. If CNN wanted ratings through the roof, they would hire Alex Jones as Morgan’s replacement. However, since they have chosen to promote tyranny, which is unpopular, the dinosaur media is sinking without a trace.

The United States’ world ranking in terms of freedom of the press also recently fell to number 46, below the likes of South Africa, Slovenia and Lithuania.

Earlier this month, the New York Times’s own writers told a newspaper that NY Times opinion pieces are now seen as “irrelevant” and have no impact on public discourse whatsoever.

The Pentagon’s recent lament that it would have to up its public relations propaganda in order to combat a rising tide of public skepticism goes to the heart of why the corporate press is floundering.

The cancellation of Piers Morgan Tonight should be celebrated as another benchmark of the mainstream media’s decline and fall, while sounding a warning to other broadcasters – particularly MSNBC – that more and more Americans are rejecting mainstream media talking points as networks increasingly resemble little more than state media mouthpieces.